What’s the Least Interesting Part of This Photograph? 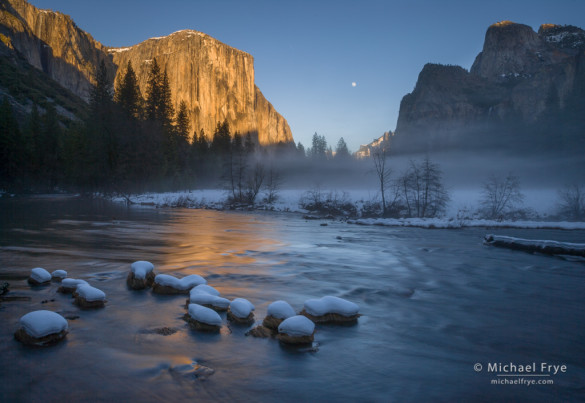 Moon rising between El Capitan and Cathedral Rocks from Valley View. What’s the least interesting part of this image?

The best compositions are simple; they present only the essentials, and leave out extraneous clutter. The most common mistake in photography – by far – is including too much in the frame. Anything that’s not adding to the photograph’s message is detracting from it.

To help simplify your compositions, ask yourself, before you press the shutter, “What’s the least interesting part of this photograph?” Try to identify the weakest area of your composition, and find a way to get rid of it. Then, once you’ve done that, ask the same question again: “Now, what’s the least interesting part of this image?” And get rid of that. And keep doing that until there’s nothing left that you could possibly cut out without losing something vital.

I’ll give you a minute to think about it. When you’re ready, take a look at this next photograph, and answer the same question: what’s the least interesting part of this image? 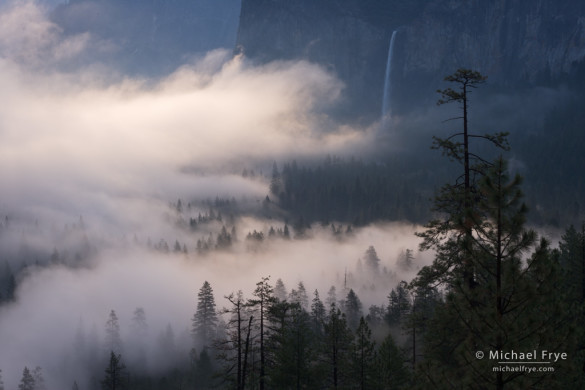 Bridalveil Fall, mist, and trees. What’s the least interesting part of this photograph?

Okay, let’s go back to the first image. To me, the least interesting parts of that photograph are the dark trees on the left side, the dark cliffs on the right side, the slightly-distracting log near the right edge, and the featureless water in the lower-right corner. Since these areas are all on the left or right sides, and the most interesting things – the snow-covered rocks in the foreground, the gold reflection, sunlit El Capitan, and the moon – are all in the middle, this seems like a natural candidate for a vertical orientation, something like this: 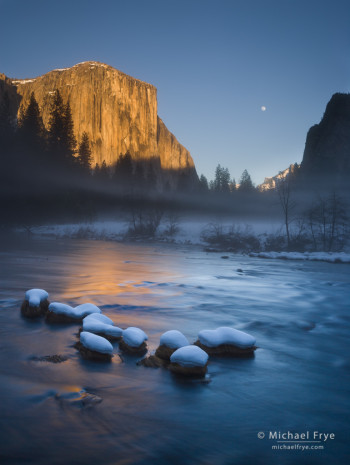 Moon rising between El Capitan and Cathedral Rocks from Valley View; this vertical version cuts out the excess – the least interesting parts on the left and right sides.

I think this is cleaner, simpler, and stronger than the horizontal version. There’s no extraneous clutter, and the most compelling objects dominate the frame.

In the second photograph, I’d say the least interesting parts are the dark trees and cliffs in the lower-right and upper-right corners. The tall, prominent tree on the right side is fairly interesting, but not as compelling as the mist, the more distant trees poking up through the mist, and the waterfall. So I took a couple of steps to the left, zoomed in, and made this version: 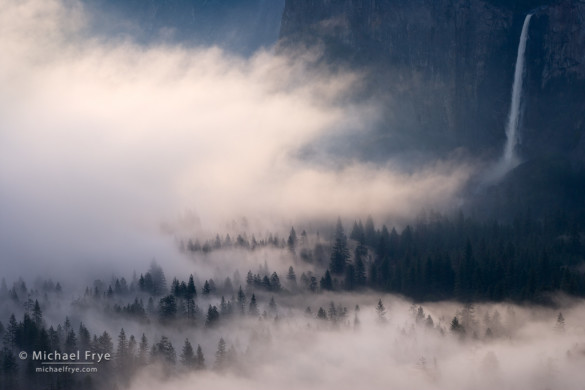 Bridalveil Fall, mist, and trees; zooming in on the mist and waterfall leaves only the essentials.

Again, I think this is cleaner, simpler, and stronger than the wider view.

I show more examples of simplifying compositions in some of my photo critiques, including this one with a fall color scene from Florida (believe it or not), and this sunset scene from a California Lake.