When Separation is a Good Thing 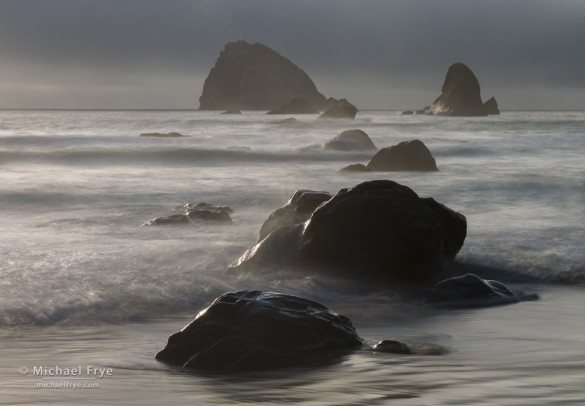 The photograph above is a good example. I positioned the camera carefully to avoid, as much as possible, visual mergers between the foreground rocks. I wanted the shape of each rock to stand out clearly, as those shapes are the point of this composition: they set up a repeating pattern, and lead your eye from foreground to background.

But some mergers were unavoidable. The two rocks in the middle distance, just right of center, “touch” each other, though just barely. Unfortunately I couldn’t get the tripod any higher, and moving to the left would have disrupted the overall balance. There’s no such thing as a perfect composition.

Some photography books recommend choosing a low camera angle to create an unusual viewpoint. This is not bad advice – sometimes the low camera position works well. But in many situations you want to get the camera as high as possible to see over foreground objects and avoid visual mergers. In this photograph, a lower angle would have made the foreground rocks blend together and look like one big, indistinct blob. In fact, I wish I could have gotten higher. Maybe next time I’ll take an eight-foot tripod and a step stool!

In this next photograph, the pyramid-shaped rock just left of center is the visual focal point of the image. I couldn’t quite separate it from the other rocks in the background, but by trying to get as much visual separation as possible I was able to make its shape stand out clearly enough to set up a repeating pattern, and keep all the elements in balance. 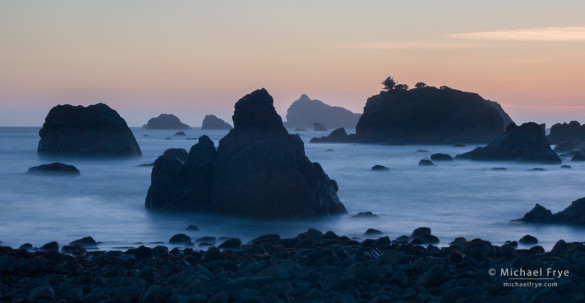 Spacing and separation are just as vital in forest scenes. In this next photograph, my camera position was limited to a few spots where I could see the corona around the sun, and also avoid lens flare by keeping the sun behind branches. Luckily one of these spots had almost perfect spacing and balance between the six main trunks. 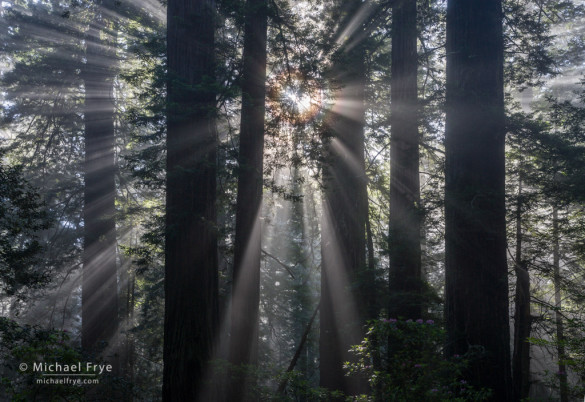 Here’s one more example from Yosemite. Again, there are some mergers, but most of the trunks stand out clearly. The most important element is the tree in the middle, which is separated from, and balanced between, the trunks on either side. 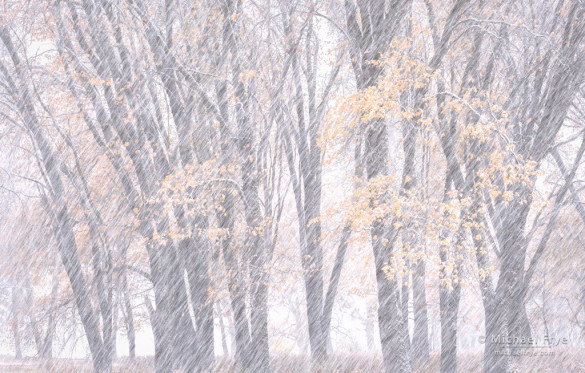 Having space and separation around important elements creates repetition and order. Many images just don’t make sense, visually, if those objects merge together. It’s the difference between a confusing sentence and a clear one.

I’ve seen many otherwise beautiful photographs ruined by mergers that could easily have been avoided – if the photographer had been paying attention. The first step is to be aware of the problem. Your compositions will improve dramatically when you become conscious of mergers and start looking for them.

Related Posts: Creating Depth: Beyond the Wide-Angle Formula; Simplicity vs. Complexity in Photography