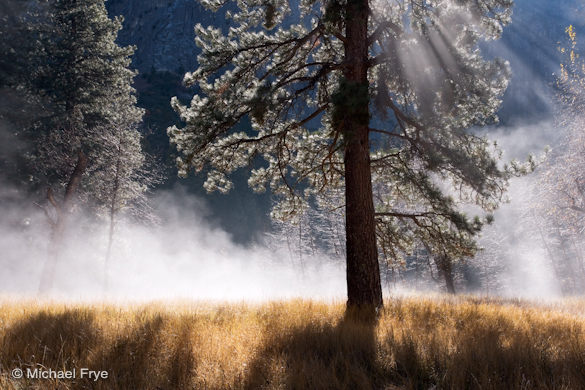 Understanding how to read a histogram is the best way to judge exposure in high-contrast scenes like this.

With film, exposure always involves some guesswork—you can never be sure you made the correct exposure until you develop the film. But with digital cameras you can tell immediately whether the right amount of light reached the sensor by looking at a histogram. This ability to instantly evaluate exposure is a game changer—the single biggest advantage of digital photography over film.

But many photographers are still guessing about exposure because they’re unable to decipher the histogram’s cryptic messages. Instead they judge exposure by how bright the image looks on their camera’s LCD screen. But while those little screens are extremely useful for many things, evaluating exposure isn’t one of them. There are too many variables: screen quality (usually bad), the LCD brightness setting in the camera, and the amount of ambient light.

What Does It All Mean?

A properly-exposed medium-contrast scene, with nothing pushed up against either end of the histogram.

In most scenes you should be able to get detail in both highlights and shadows. That is, the histogram shouldn’t touch either the right or left edge. But in some situations the contrast is too great for the camera’s sensor to handle, so it’s impossible to avoid either washed-out highlights (a spike at the right edge of the histogram) or black shadows (a spike at the left edge of the histogram), or both. In these cases, it’s usually better to retain detail in the highlights and sacrifice shadow detail. In looking at a histogram, it’s better to have pixels pushed up against the left edge than the right edge.

Histogram for a high-contrast scene with a spike at the right edge, indicating overexposed highlights.

Why are highlights usually more important than shadows? First, our eyes are drawn to bright areas, so viewers immediately notice if they’re overexposed. Second, in real life we can always see detail in bright spots (except when looking at the sun itself, or the sun reflected in water or glass), but we can’t always see detail in shadows. It seems unnatural to find washed-out highlights in a photograph, yet it feels perfectly normal to see regions of pure black.

Histogram for a high-contrast scene with pixels pushed up against the left edge, indicating underexposed shadows, but properly exposed highlights. In most cases this is preferable—if you can’t get both, it’s better retain detail in the highlights and let the shadows go black.

So if you can’t have both, 99 percent of the time you should sacrifice the shadows and keep the highlights. In most photographs, the lightest pixels should be close to the right edge of the histogram, but not touching it.

Underexposed—the brightest pixels aren’t close to the right edge of the histogram: 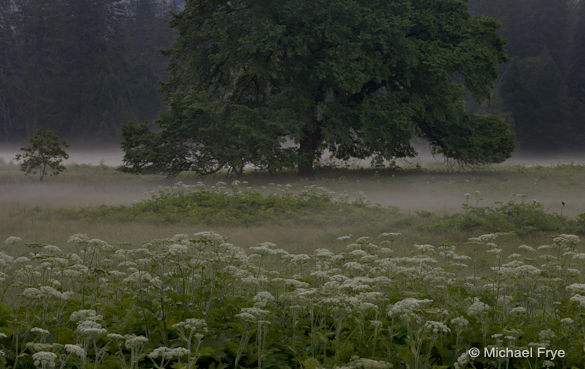 Overexposed—a spike at the right edge of the histogram: 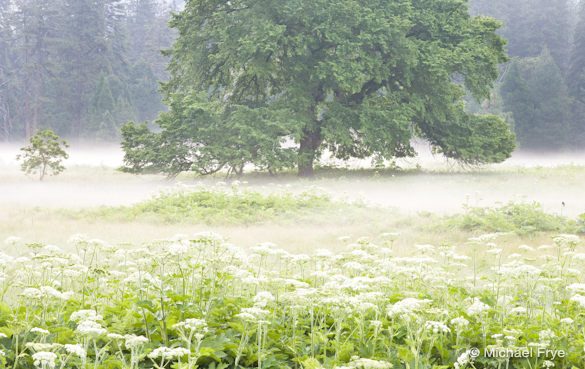 Proper Exposure—the brightest pixels near, but not touching, the right edge of the histogram: 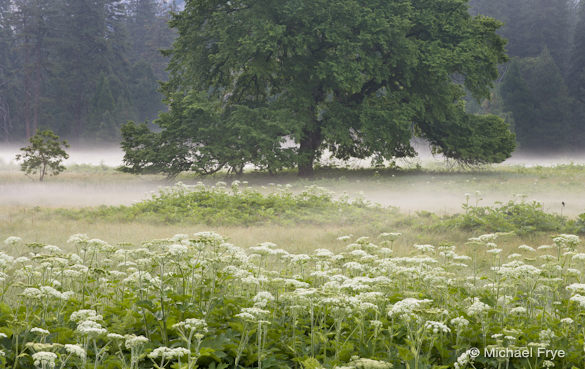 The main exception, the instance when it’s okay to see a spike at the right edge of the histogram, is when the photograph includes the sun itself, or bright sky next to the sun. Because small areas around the sun are too bright to see in real life, it’s acceptable if such areas lack detail in photographs—it looks natural. The blinkies come in handy here: while the histogram tells you that something is overexposed, the blinkies show which parts of the image are washed out, and how large those areas are.

So now that you can read a histogram, what do you do? If you take a photo, but the histogram doesn’t look right, how do you fix it? The short answer is that in automatic exposure modes like Program, Aperture Priority, or Shutter Priority, you need to use your exposure compensation dial to make the photograph lighter or darker. In Manual exposure mode you can change either the shutter speed or the aperture. I’ll explain exactly how to do this in the next installment of this Basics series.

I always welcome your comments and questions. Was this helpful? Do you always use histograms to check your exposure? Sometimes? Never? And if anything in this post isn’t perfectly clear, please let me know!

Naturally there’s more to the story. In some high-contrast situations I’ll bracket exposures so I can blend them together later in software, retaining detail in both highlights and shadows. And with colorful subjects, it’s important to look at the histograms for the individual color channels. For a more comprehensive look at exposure and histograms, please check out my ebook, Exposure for Outdoor Photography.