Star Trails Over the Rim Fire 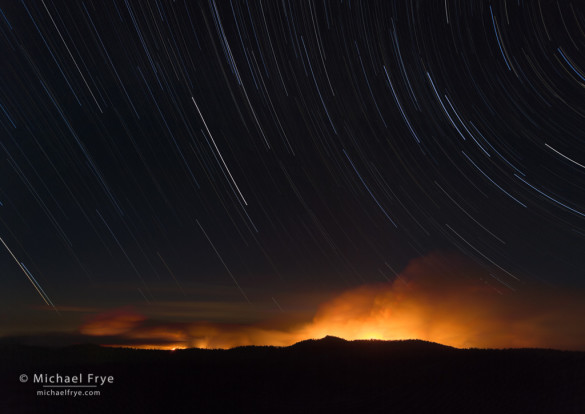 On Saturday, August 24th, Claudia and I hiked cross-country to a spot near the Tioga Road with a view of the Rim Fire. I’d picked out this spot, and the route to it, using topographic maps and Google Earth, but you never know until you try it how difficult the route will be, or whether you’ll really be able to find an unobscured view. Fortunately, the hike turned out to be easy, especially compared to our epic bushwhack from two nights earlier. And the view was impressive. The edge of the fire was about six miles away, but the smoke plume was so vast that I couldn’t fit it all in with a 17mm lens.

As the sun went down, I made a series of images of the smoke and fire, some of which are included below. When the sky got dark enough, I set my interval timer to make a series of exposures, each one-minute long, that I could then merge into a star trail sequence. I made about 80 exposures altogether, so the total time for the sequence was about 80 minutes. I then merged the images in Photoshop by setting all but the bottom layer to the Lighten blending mode. You can see the final, merged sequence above. (Here’s link to a post that explains a bit more about this image-stacking technique for star trails.)

Since I made that star trail photograph on August 24th, the fire has moved to within a mile of the spot we were standing, and that whole area of the park was closed. But firefighters have made a lot of progress on the Rim Fire recently, and it’s now 80% contained. The projected date for full containment is September 20th, but they’ve made such rapid progress during the last few days that it seems they may reach that goal sooner.

However, the most active part of the fire remains the southeast section within Yosemite National Park, so there is still a chance that the fire could spread in that direction before fire crews can complete their containment lines. But winds are expected to blow toward the north during the next few days, so that should help keep the fire away from the Tioga Road.

I want to express my thanks to all the firefighters who have worked on the Rim Fire. They have really difficult jobs, and have done them amazingly well. Thank you! 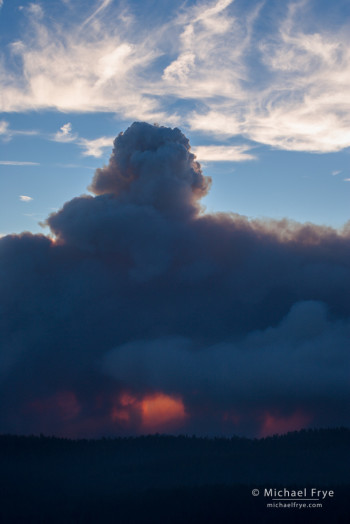 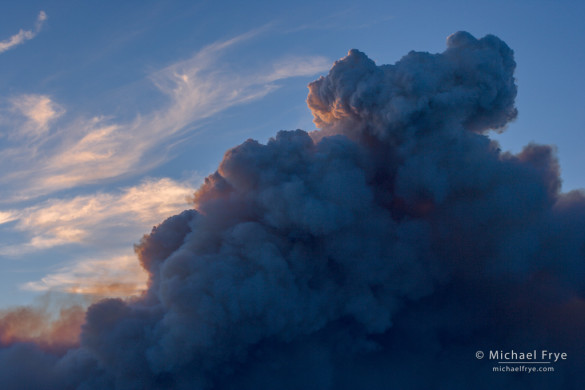 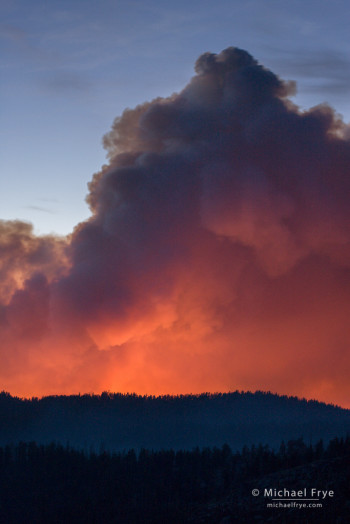 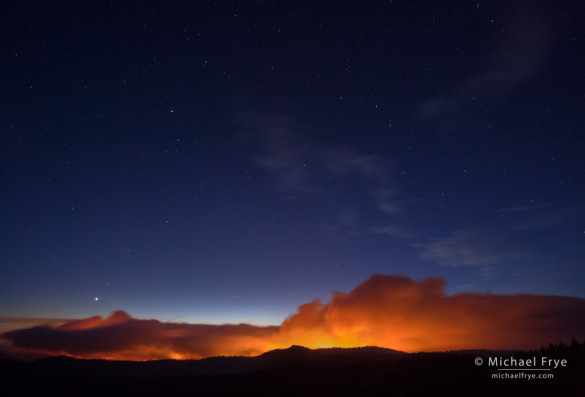 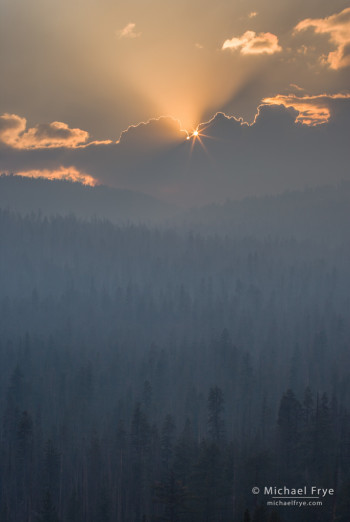 Sun on the edge of the smoke plume from the Rim Fire, 8/27/13, Yosemite National Park