Inside Bodie with an iPhone 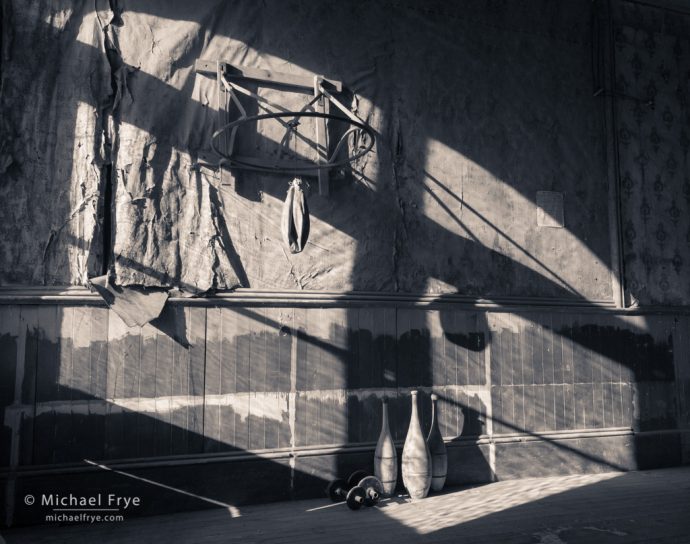 I.O.O.F. Hall, Bodie SHP, California. I love to photograph the light streaming through the windows of the curtain-less, abandoned interiors of Bodie.

Bodie is such a fun place to photograph. I had a chance to go back to Bodie at night in early August, and then at the end of August we were able to get inside some of the normally-inaccessible interiors during our good friend Robert Eckhardt’s iPhone-photography workshop.

Smartphone cameras keep getting better and better. This time I was using an iPhone XR, which performs much better in low light than my previous iPhone. And I mostly used raw mode to get the best image quality and the most flexibility in processing the images.

The XR only has one lens (about a 28mm equivalent), which is a big limitation. But Apple just announced two new three-lens models (the lenses are equivalent to 52mm, 26mm, and 13mm). You can also get add-on lenses for smartphones; Robert recommends the Moment brand.

Of course my full-frame Sony cameras have much higher resolution (42 megapixels vs. 12) and better noise control than my iPhone. It’s hard to see how the tiny sensors in smartphones could match the image quality of full-frame cameras in the foreseeable future. But when you don’t want to carry your big camera, or where a big camera would be intrusive, a smartphone camera can be a great option.

One often-overlooked advantage of the smartphone cameras is that the small sensors give you almost infinite depth of field, making them easier to hand hold. My phone, like most smartphones, has a fixed aperture. For the XR it’s f/1.8, which is quite wide, but the tiny sensor and short focal-length lens give me great depth of field, so it’s easy to get everything in focus at f/1.8 unless I’m really close to the subject. So even in low light I can usually get a fast enough shutter speed to hand-hold the camera, yet keep the ISO low.

That makes my phone much easier to use in someplace like Bodie, where it’s awkward to set up a tripod in the cramped interiors. I also feel more creative without a tripod slowing me down, and frankly it’s just a lot of fun to shoot quickly and spontaneously, without being encumbered by a lot of gear.

Composition, however, always requires care, and sometimes the ease of photographing with a smartphone can lull you into becoming sloppy. We reminded our students to slow down and think carefully about their compositions. Big camera or small, it’s always a good idea to examine the photograph you just took critically, making sure the image has a visual focal point, and checking for bright areas or other distractions along the edges.

Here’s a selection of some of my favorite photos from our recent workshop in Bodie, all made with my iPhone. It’s always so much fun to photograph these interiors – a special, special treat. 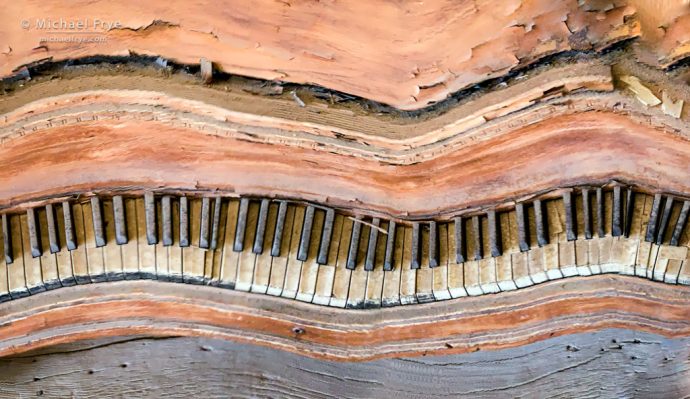 Piano, Bodie SHP, California. This is a deliberately-distorted panorama with the native Apple camera app. Rather than standing in one spot and turning the phone, like you typically would when capturing a panorama, I walked beside the piano and twisted the camera back and forth while exposing the panorama. 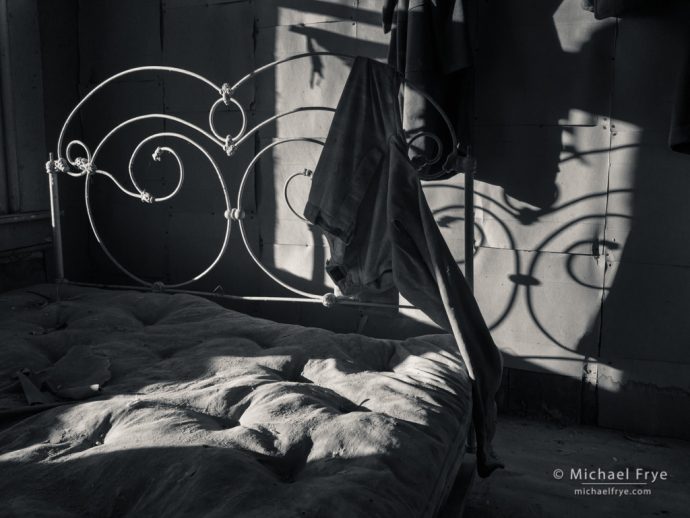 Roulette wheel, Bodie SHP, California. This image shows some of the thick accumulation of dust in the interiors. 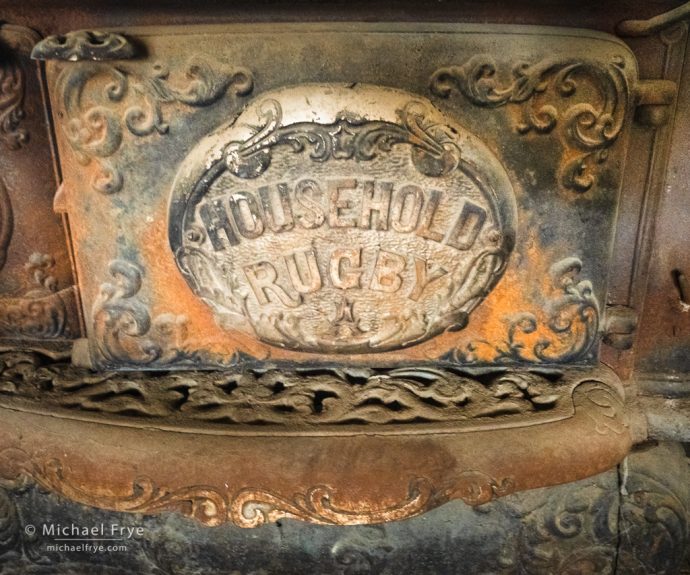 Stove, Bodie SHP, California. I liked the colors and patterns in this stove. 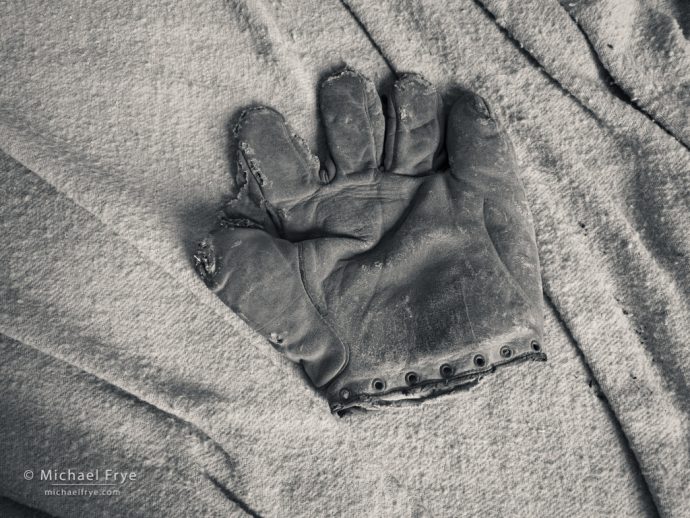 Table panorama, Bodie SHP, California. Another distorted panorama, where I walked beside the table instead of turning the camera. 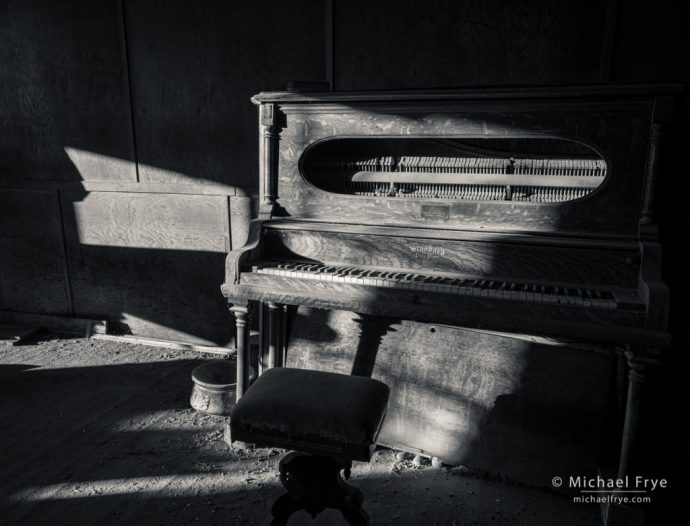 Light on a paino, Bodie SHP, California. I used the HDR mode in the Lightroom mobile app to handle the high contrast in this scene.