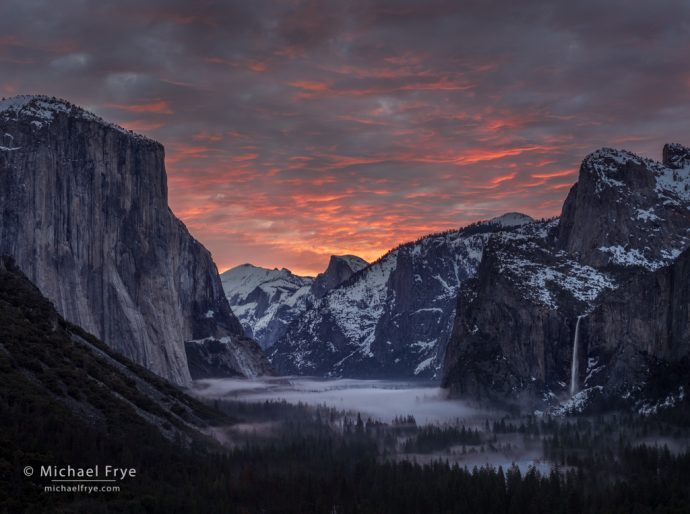 Sunrise from Tunnel View, Yosemite. On this morning the satellite images showed lots of high clouds, but I hoped there might be a gap to the east, allowing the sun to shine through and light the underside of the clouds. And I hoped for mist on the valley floor. That was asking for a lot, but sometimes things work out. The color lasted about three minutes. 50mm, three bracketed exposures, two stops apart, blended with Lightroom’s HDR Merge.

While early February brought lots of snow to Yosemite Valley, over the last three weeks we’ve seen a series of warmer storms, with rain rather than snow. I’d rather have snow, of course, but any weather is more interesting than blue skies. And rain on top of snow is a great mist producer.

When rain falls on top of snow, the rain increases the moisture in the air, raising the dew point, while the snow acts like a refrigerator, cooling the air right above the ground. So the temperature and dew point converge, and the result is a fog-generating machine. The valley was filled with mist and fog almost every day for two weeks.

Photographing mist can be challenging, because it moves so quickly. I was standing at Tunnel View one afternoon, photographing the mist swirling around the valley, when a woman nearby asked me if those were clouds out there. I said well yes, and mist, or fog. And she said, “But it’s moving so quickly!” And I said, yes, it does that! It moves really fast.

If you see a composition you have to compose and focus quickly, or the moment will pass. Changing lenses is often pointless unless you can anticipate what might happen. If I see that the mist is moving in a certain direction, or notice that it’s clearing, or thickening, I might be able to change lenses or shift my camera position quickly enough to capture what’s about to happen, rather than what’s already happened.

The other option is to wait, as events sometimes repeat. Recently I saw a misty view of Half Dome and its reflection, and quickly set up a composition, but didn’t have time to find the best camera position, resulting in a foreground cluttered with clumps of grass. The mist dissipated, and I moved on, but not too far, and not before scouting for a better camera position – just in case the mist returned. I kept my eye on the scene, and the mist did come back, so I was able to quickly set up and compose the photograph with a better foreground: 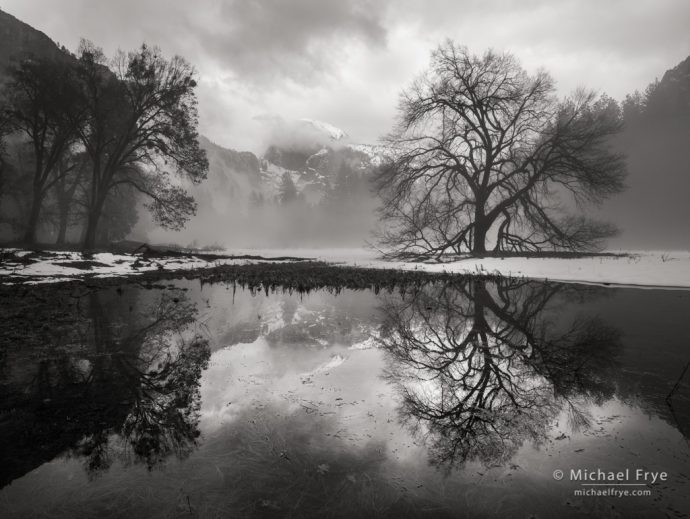 It’s been a really fun winter for photography in Yosemite, with lots of interesting weather – snow, and mist, and sometimes both. You’ll find a few more misty photographs of the valley below. 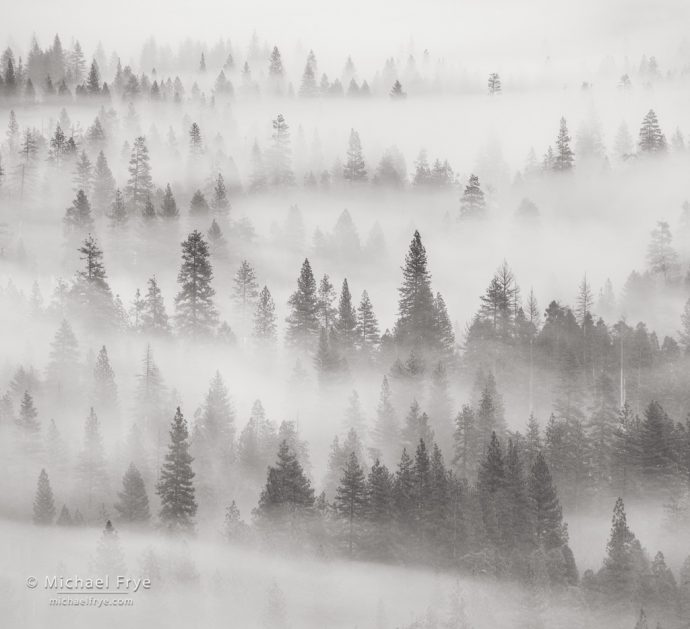 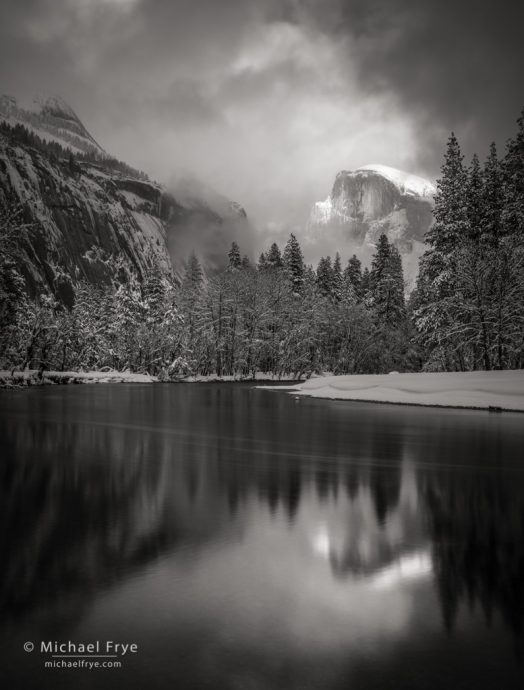 Half Dome, North Dome, and the Merced River with clouds, mist, and snow, Yosemite – made after the last big snowfall. 25mm, 8 seconds at f/11, ISO 50. I used a neutral-density filter to get the slow shutter speed, but I can’t remember which one; probably seven or ten stops. 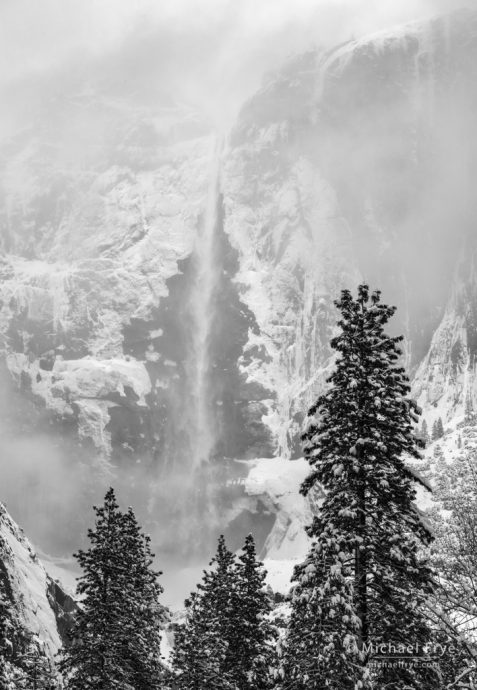 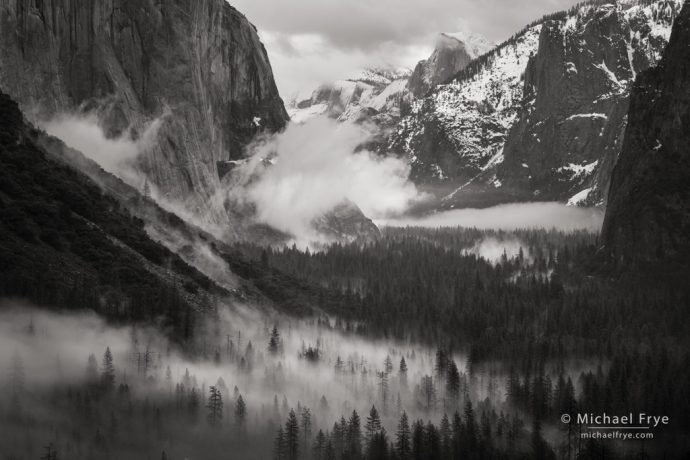