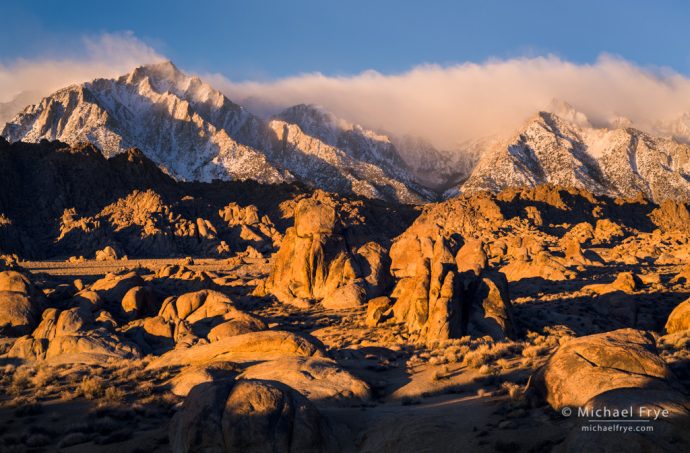 Claudia and I drive over to the eastern Sierra frequently in summer and fall, when Tioga Pass is open. We love it over there. But in the winter and spring Tioga Pass is usually closed, turning a two-and-a-half hour drive into an eight-hour drive. Until recently I had never been to Mono Lake in winter except during a couple of exceptionally-dry years when the pass stayed open later than usual – which hardly seemed like winter.

Our trip to photograph the lunar eclipse gave us an opportunity to do something we had always wanted to do: visit the east side in real winter conditions. I photographed sunrise at the Alabama Hills on Sunday morning before the eclipse, and then again on Monday morning, after the eclipse, as a storm was clearing over the Sierra.

I was struck by the beautiful sunrise light in the Alabama Hills. In summer, and even early fall, the sun rises more-or-less behind you as the face the mountains. In winter the sun rises further south, raking across the ridges of the Sierra, and bringing out the textures of the foreground boulders.

I knew, intellectually, that the sunrise light was better in winter. Ansel Adams’s photograph Winter Sunrise from Lone Pine, shows beautiful early-morning light slanting across the mountain ridges, and on my summer and fall visits I noted that the winter-angle light would make a difference, but seeing that winter light in person made a vivid impression. Of course you can make great sunrise images from the Alabama Hills at any time of year with the right conditions, but that winter sidelight adds a nice touch.

Monday afternoon we drove up to Mono Lake. We hit snow at the top of Sherwin Summit, north of Bishop, and Highway 395 was often icy or slushy between Mammoth Lakes and Lee Vining.

It was windy and cold when we reached Mono Lake. Really windy. But the lake looked striking, with green, wind-blasted water, and fast-moving clouds overhead. We decided to head to South Tufa, confident that it wouldn’t be crowded. (We saw two other people.)

The lakeshore was lined with white, but it wasn’t snow, as most of the snow near the shore had melted by then. Rather, it was salty foam stirred up by the wind and deposited on shore. Sometimes the wind would pick up pieces of this foam and blow them around, so I had to be careful to avoid getting my camera plastered with salty foam. This foam, however, provided some interesting foregrounds to accompany the dramatic sky.

The temperature got down to 14 degrees in Lee Vining that night. As I drove up Lee Vining Canyon the next morning my car’s thermometer read 8 degrees.

And there was a lot of snow in the canyon – about two feet. Why didn’t I bring my snowshoes? Post-holing through two feet of snow made it difficult to get far from the car, but I did manage to capture a few images I liked.

We needed to get home, so we made the long drive south back over Tehachapi Pass. We had a great time though. It was really fun to see the east side under real winter conditions, and having clear skies for the eclipse was a nice bonus. 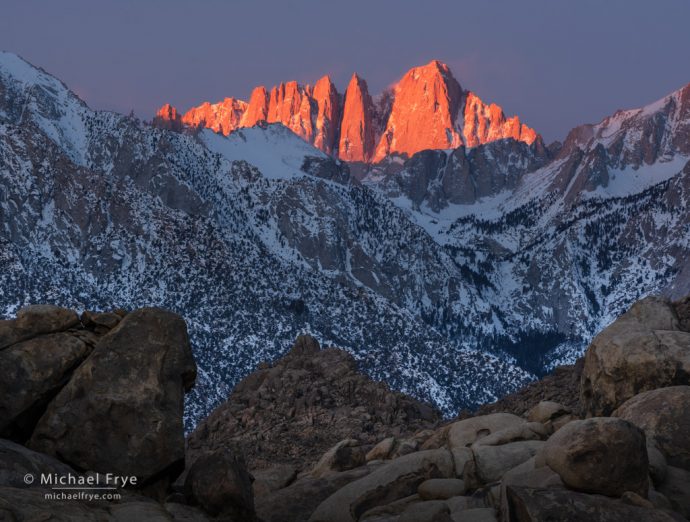 Mt. Whitney at sunrise from the Alabama Hills, CA, USA 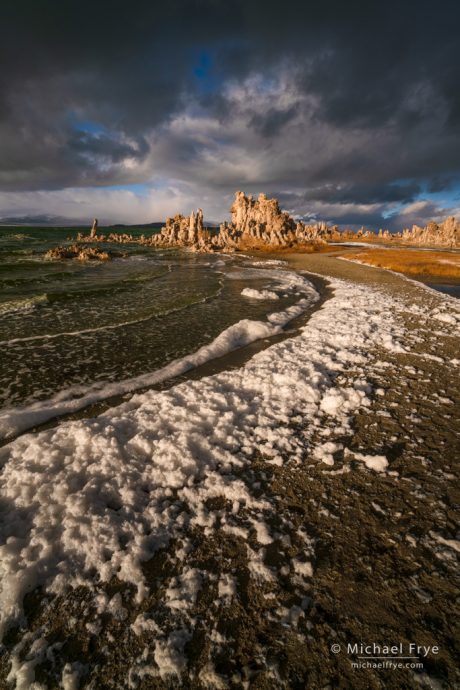 Foam lining the shore of Mono Lake on a stormy afternoon, CA, USA 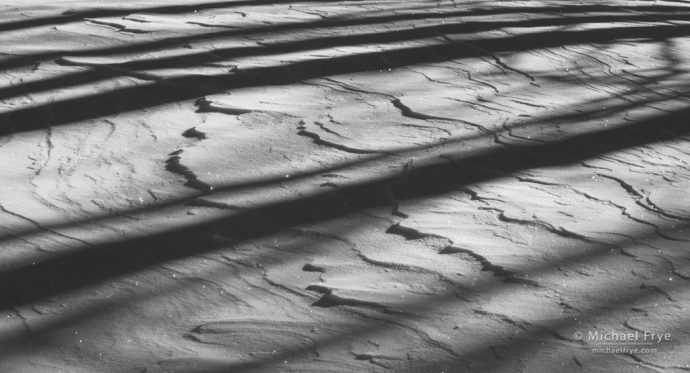 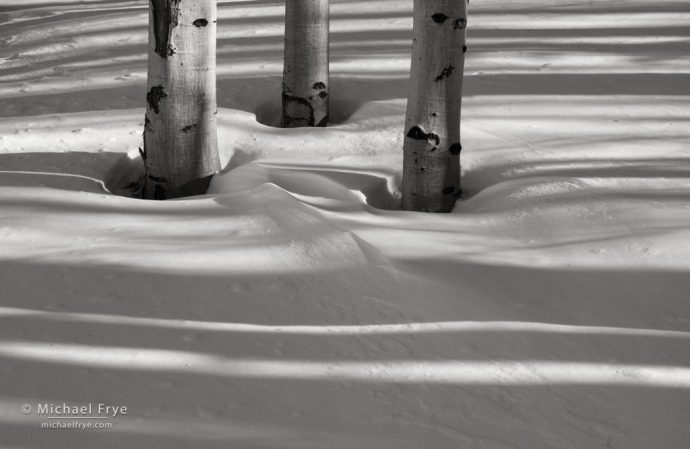