Sunset at the Trona Pinnacles 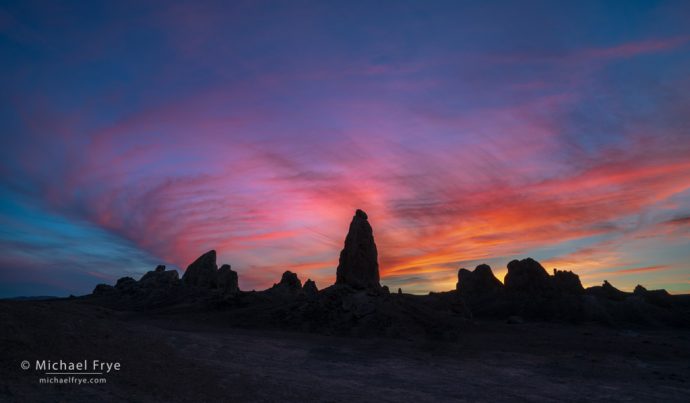 Claudia and I just got back from a short road trip to the eastern Sierra and Trona Pinnacles. We ended up at Trona for the lunar eclipse on Sunday evening, as the forecasts indicated that would be one of the few places west of the Rockies with clear skies.

Luckily the forecasts turned out to be right, and I was able to capture an eclipse sequence, which I’ll post when I finish putting it together. In the meantime, here’s a photograph I made at sunset that evening as the skies started to clear.

In winter, when Tioga Pass is closed, it’s a long drive from our house in Mariposa to the eastern Sierra. So while we were in the neighborhood, chasing the eclipse, we visited the Alabama Hills and Mono Lake. I’ll post some of those images soon as well.