Sequoia trunks are quite fire resistant, and the giants in the Tuolumne Grove had survived many fires in their lifetimes. But 100 years of fire suppression had created a buildup of brush, logs, and smaller trees, potentially creating a ladder that could send fire into the vulnerable crowns of the sequoias.

So fire crews set up a sprinkler system, and performed firing operations in and around the grove to protect the sequoias. And that worked: the Rim Fire burned hot everywhere around the grove, but not in it, and the sequoias survived unscathed. (This L.A. Times article tells the story.)

Claudia and I had been to the Tuolumne Grove since the Rim Fire, but not in autumn. As we hiked down there ten days ago we were struck by the abundance of dogwoods. Like many trees, dogwoods crown-sprout after a fire. Unless the fire is especially hot, their roots survive, and immediately after the fire they send up new shoots from the root crown. Before the Rim Fire, the area above the Tuolumne Grove had been overgrown with white firs. Now the forest is much more open, and the dogwoods had proliferated in the newly-available sunlight. Many had grown over ten feet tall in just five years. In places the forest floor was a sea of red and yellow, filled with dogwood leaves turning color.

In the Tuolumne Grove itself we couldn’t see any sign of the Rim Fire. The dense understory of white firs was intact, with just scattered dogwoods here and there. Nevertheless, I was able to find a couple of compositions with dogwoods juxtaposed against giant sequoia trunks.

It will be interesting to see what happens in the wake of the Ferguson Fire. We saw oaks and dogwoods crown sprouting along Highway 41. I’d guess that in a few years the dogwoods in the burned areas will rebound and proliferate, bringing more abundant spring blossoms and fall colors than we’ve seen in decades.

We’ve seen beautiful spring lupine blooms following previous fires; in fact I spotted a lupine already blooming in a recently-burned area – in October! And the heart of the Ferguson Fire was in the Merced River Canyon, where, with the right amount of rain this winter, we could see an exceptional poppy bloom next spring.

As the Greek philosopher Heraclitus said, “Everything changes and nothing stands still.” 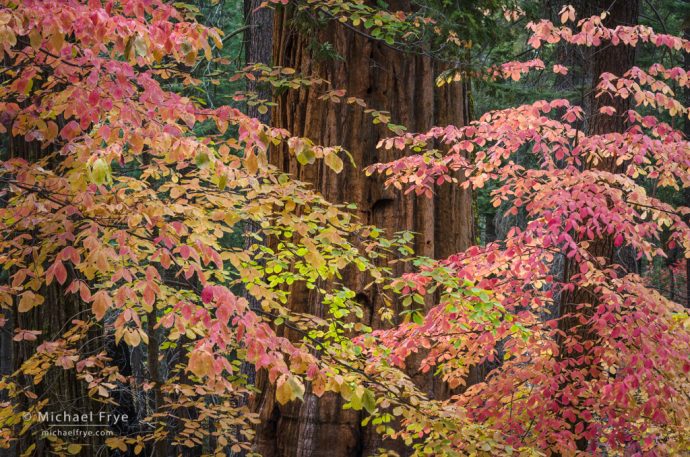 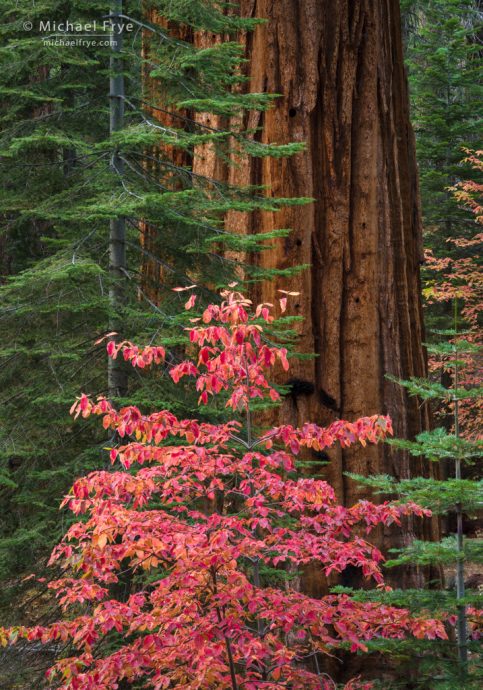 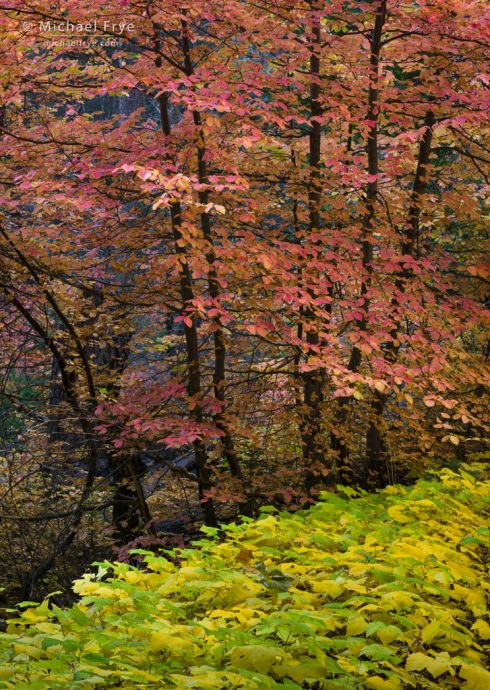 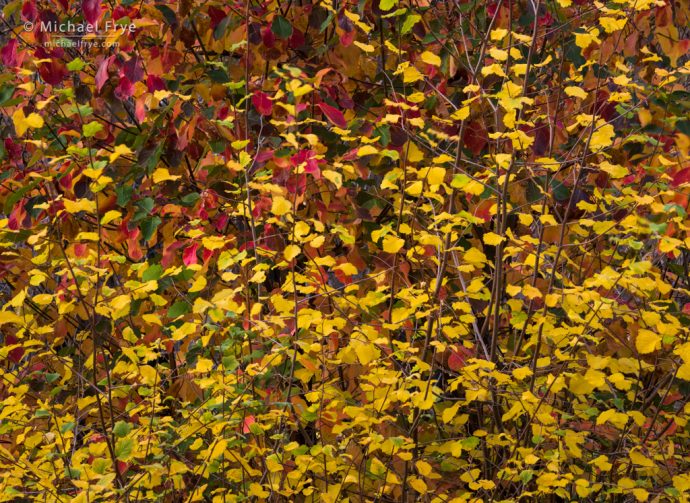 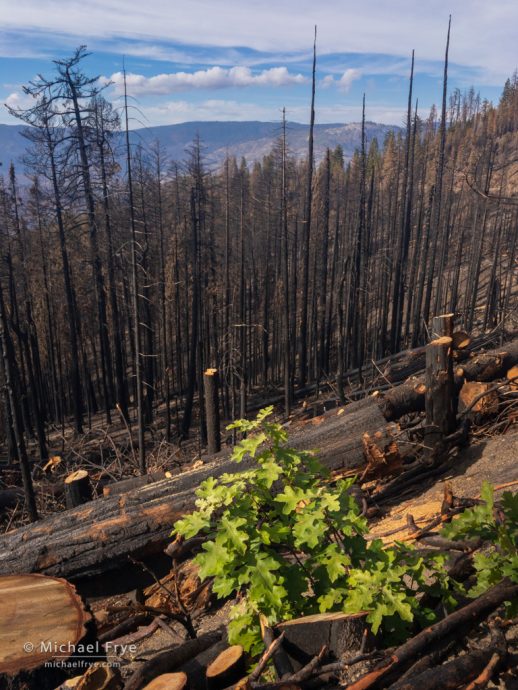 Black oak crown sprouting after the Ferguson Fire, Yosemite. iPhone raw capture. (Crews have cut down burned trees along roadways so that they don’t fall on cars.)

Related Posts: Rebirth; After the Fire; A Beautiful Autumn Day in Yosemite