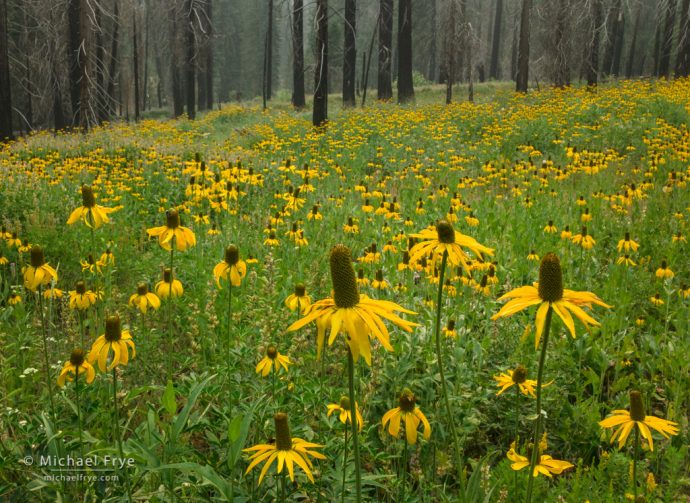 Coneflowers in a forest burned by the Rim Fire, near Crane Flat, Yosemite

The Ferguson Fire, which has been burning on the western edge of Yosemite since July 13th, is now 100% contained. The other major fires in California, like the Mendocino Complex and Carr fires, are still burning, but nearing containment. Skies around the state have become much less smoky over the last week or two.

Tragically, two firefighters died battling the Ferguson Fire, but no homes were lost. We were lucky around here compared to the people in Redding, where the Carr Fire destroyed over 1,000 homes, and eight people lost their lives.

The human cost from such fires can be devastating, but people are resilient, and when communities come together they can help each other pull through and recover from the loss.

Nature recovers more effortlessly. Most ecosystems in the western United States are adapted to fire, and are designed to respond to fire. The cones of many western conifers, including giant sequoias, open and release their seeds only after a fire. Wildflowers also sprout after fires, taking advantage of the bare soil and newly-opened forests to bloom in places where they haven’t blossomed for decades. Grazing animals like deer and bears follow the flowers.

Claudia and I have lived in and near Yosemite for over 30 years, and have seen many fires over that time. Our first experience with a major fire was when nearly simultaneous lightning strikes started the A-Rock and Steamboat fires near the western edge of the park on August 7th, 1990. Our son Kevin was born nine days later, and we had to get special permission to drive out of Yosemite Valley via still-closed Highway 120 to get to the birthing center in Sonora. Our fire baby.

Living for so long in a fire-prone area gives us some perspective. We’ve experienced the anxiety when a fire burns near our home, or near our friend’s homes. We’ve mourned when homes or lives are lost. But we’ve also seen regrowth.

The area burned by the Steamboat fire now hosts some of the best dogwood displays in Yosemite. The Telegraph Fire preceded the most brilliant poppy bloom I’ve ever seen in the Merced River Canyon. The Big Meadow and Rim fires opened up some of the dense forests near Crane Flat, and created a beautiful mixture of forests and flower gardens. We’ve watched bears grazing among the lupines after the Big Meadow Fire.

The Ferguson Fire burned through much of the Merced River Canyon, west of Yosemite. Will there be another exceptional poppy bloom next year? We’ll see. But in the meantime, here are some of my photographs made in the wake of previous fires. I hope these images serve as a reminder that nature always bounces back. 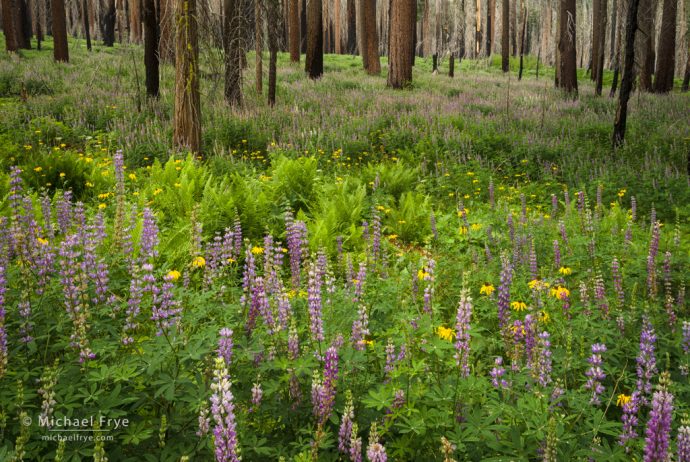 Wildflowers in an area burned by the Big Meadow Fire, Yosemite 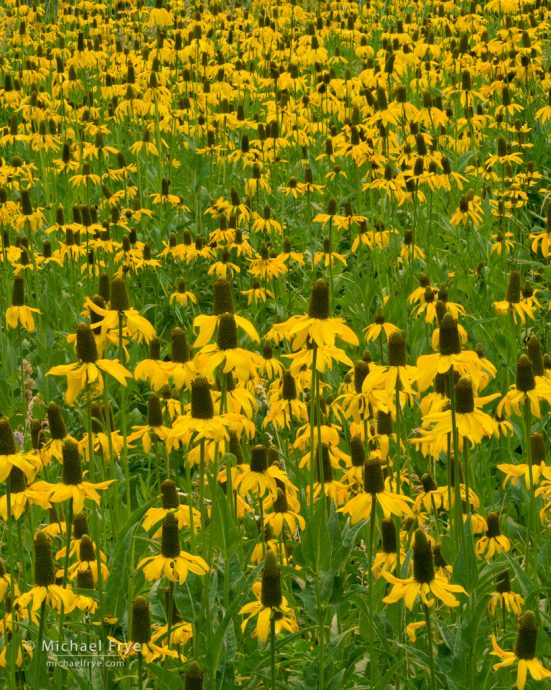 Coneflowers in an area burned by the Rim fire near Crane Flat, Yosemite 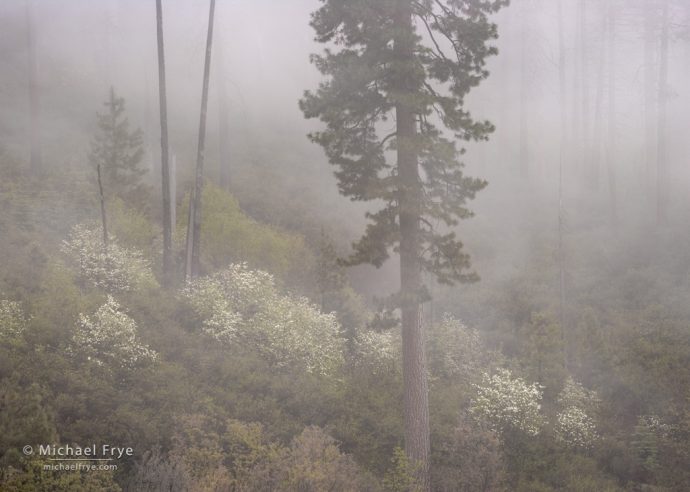 Dogwoods and ponderosa pine in fog, in the footprint of the Steamboat Fire along Highway 41, Yosemite 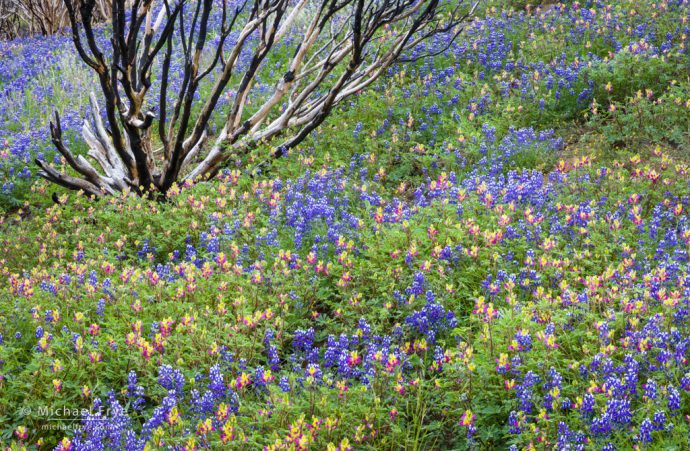 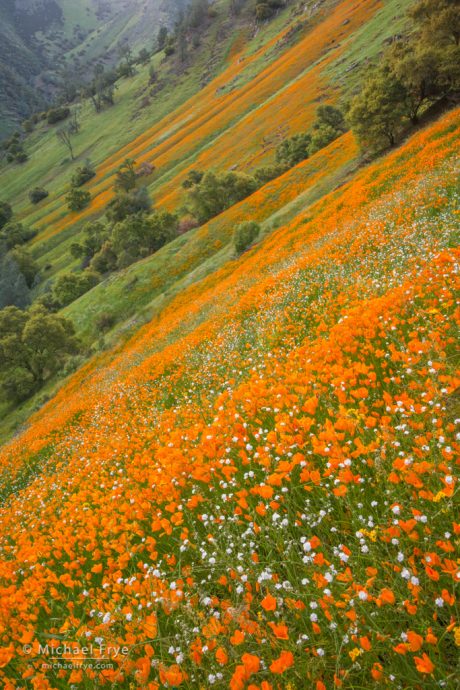 Poppies and popcorn flowers in the Merced River Canyon, 2009. This area didn’t burn in the Telegraph Fire, but was fertilized by its ash. This hillside did just burn in the Ferguson Fire. 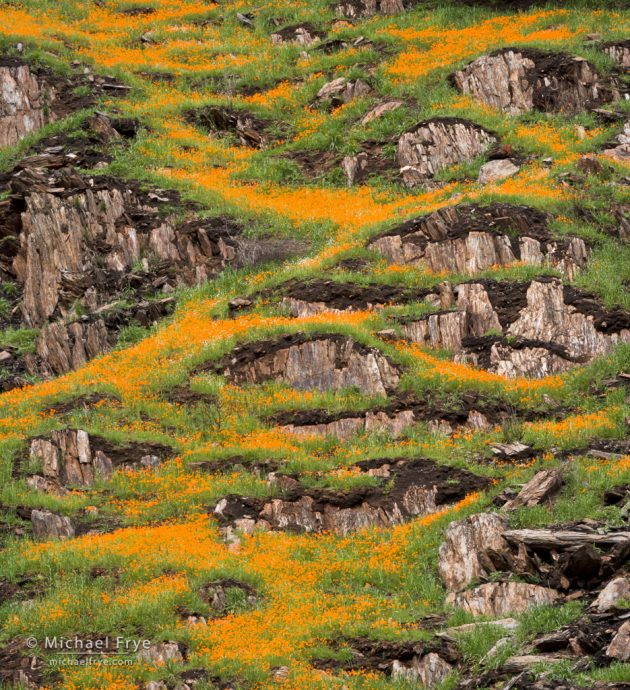 California poppies zigzagging across a hillside in the Merced River Canyon, 2009, in an area burned by the Telegraph Fire 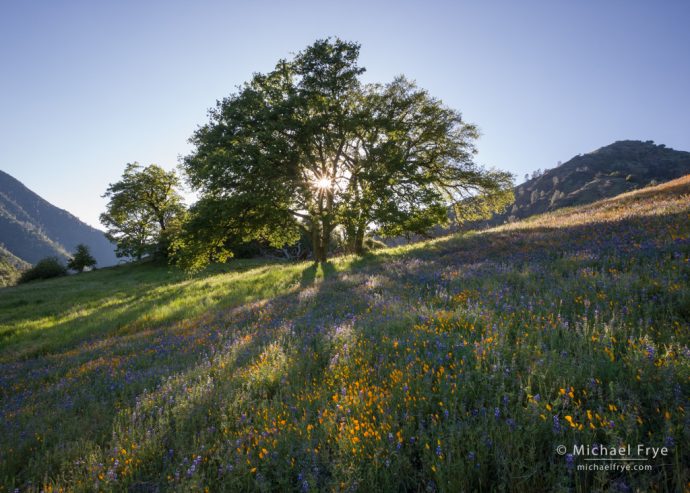 Poppies, lupine, and oaks, late afternoon, Sierra Nevada foothills near El Portal, in an area burned by the A-Rock Fire 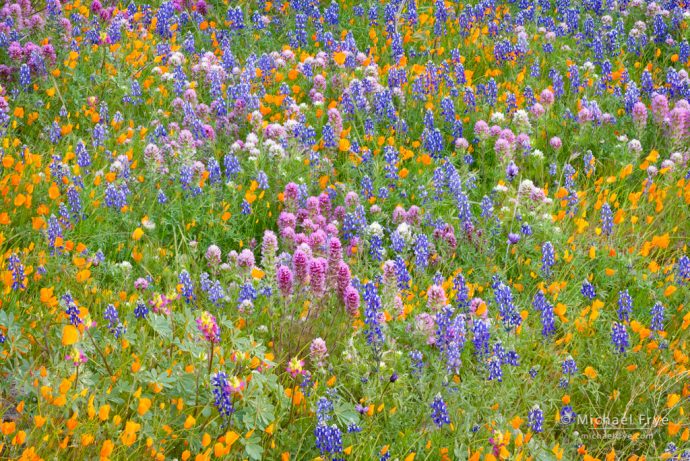 Wildflower mix—poppies, lupine, harlequin lupine, and owl’s clover, near El Portal, in an area burned by the A-Rock Fire

Related Posts: After the Fire; Adapting to Fire