And I always enjoy photographing flowers – even those mosquito-plagued shooting stars – though I sometimes find the compositions challenging. I don’t often do closeups, as I usually prefer incorporating flowers into a wider landscape, or capturing an “intimate” landscape with a mix of flowers, or a pattern, or flowers juxtaposed with trees or rocks.

And when I can’t find a composition that seems to work, I follow the advice I’ve given many students, which is to get closer, and simplify. Getting in really close to flowers is a last resort for me, because closeups require a great deal of effort and patience – and exceptionally calm winds. But if that’s what will work best to convey the beauty and feeling of the flowers at that moment, then so be it. And it’s great when they work.

Here’s a small portfolio of recent flower photographs, with wide and medium views, and even one closeup. Several of these images were focus-stacked in order to cope with the extreme depth of field. (For more about focus stacking, see this earlier post.)

Since I made these photos the wildflower bloom has continued to progress, and we’ve found some interesting flowers in both mid- and high-elevation meadows. I’ve been capturing whatever catches my eye or seems to convey a feeling at the moment – even closeups. I’ll post some of those images soon.

P.S. The Ferguson Fire is not close to our house, so we’re not in any danger. Thanks to all of you who have expressed your concern! 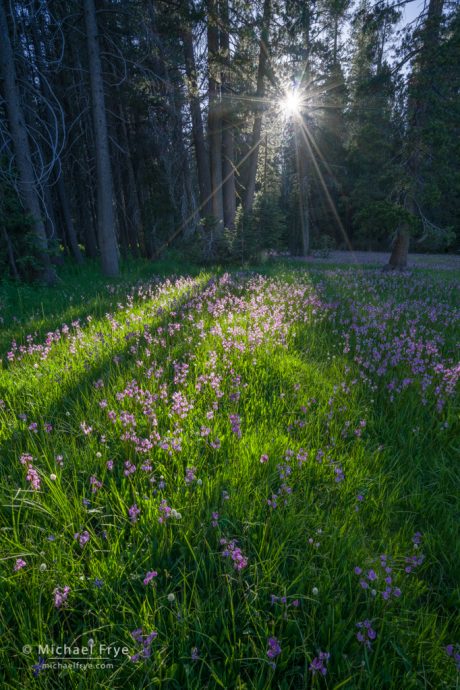 Shooting stars, sun, and lodgepole pines, Yosemite. I loved the stripes of light on the flowers, and decided to go wide to include the sun as well. I used Lightroom’s HDR Merge to blend three exposures, two stops apart. 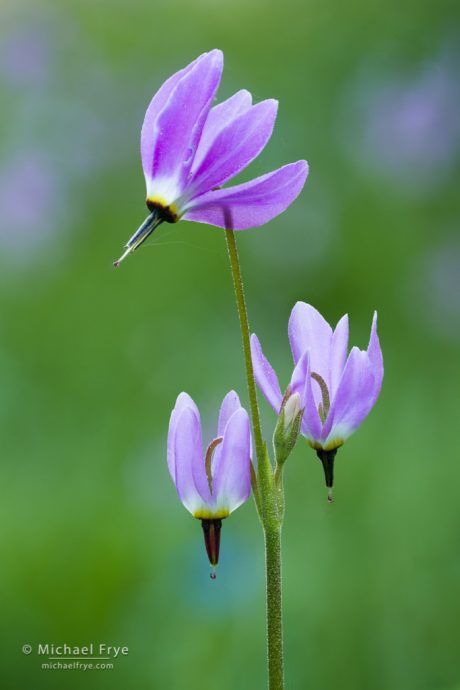 Three shooting stars, Yosemite. With closeup photographs like this it’s difficult to get all of the flower or flowers in focus, yet keep the background soft and out of focus. Here I set the aperture to f/5.6 to make sure the background was blurred, and focus-stacked 12 exposures to get the three flowers and their stems in focus. 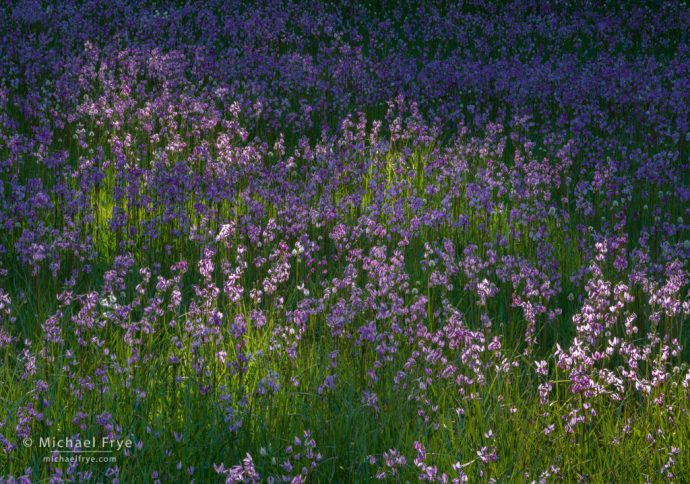 Backlit shooting stars, Yosemite. A fleeting moment of light, but luckily the wind was calm so I was able to focus-stack three exposures (at f/16) to get everything in focus with a long telephoto lens (190mm). 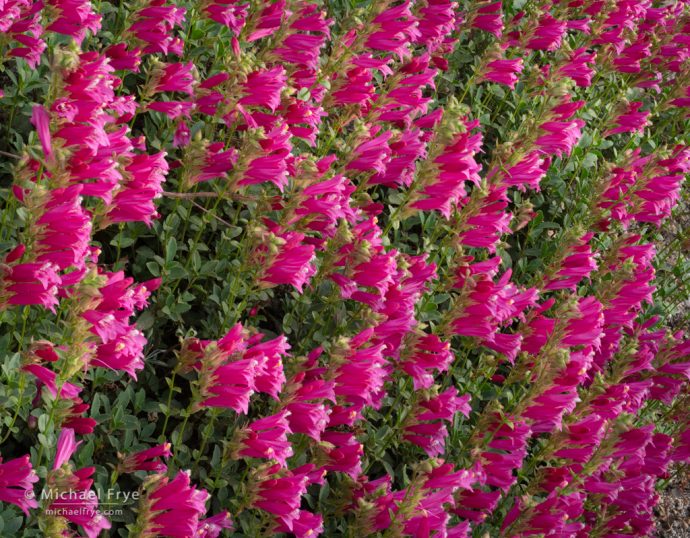 Penstemons, Yosemite. I loved the repeating pattern of these flowers. This was made with a 50mm lens, and again I used focus-stacking to get sufficient depth of field to make everything sharp. This time I blended five exposures, each at f/16.