When Does a Photograph Need a Focal Point? 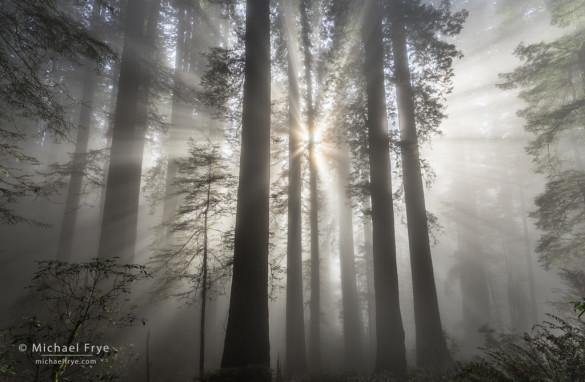 When doing critiques I often encounter otherwise-wonderful images, with simple, strong compositions, great light, and nice color, but lacking an essential ingredient: a focal point. Viewers need something to latch onto, and if they don’t find it right away they feel lost. You have to take them by the hand and say, “Here, look at this.”

The photograph above has an obvious focal point — the sun. From there your eyes can travel along the radiating light beams out to the rest of the frame.

Of course a photograph can have more than one focal point. In fact, it’s often better to have two or three centers of interest. But it still usually works best to have one predominant focal point, a spot that viewers notice first before looking at the rest of the image. In the photograph below, for example, there are actually six focal points: Half Dome, the moon, North Dome, and the reflections of all three. But I would say that Half Dome (actual Half Dome, rather than its reflection) is slightly more eye-catching than the rest. You tend to notice Half Dome first, and keep coming back to it after your eyes jump around to the other elements in the frame. 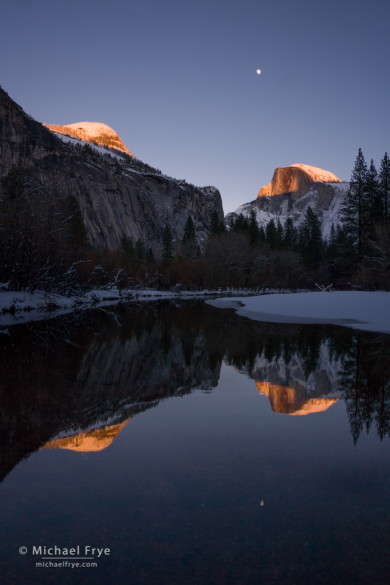 Half Dome and moon reflected in the Merced River, Yosemite NP, CA, USA

The next photograph, on the other hand, could really use a stronger focal point. I made this during my recent Hidden Yosemite workshop, and it has nice clouds, low-angle sidelight, interesting textures, and even some repeating patterns. But it’s missing something: a strong focal point. The most eye-catching things in the frame are that triangular rock just below and left of center, and maybe the pointed cloud just above center. But neither of those things stand out enough to provide a true focal point, and the photograph suffers for that. (I wanted to move down to the shore of the lake, and closer to that triangular rock, but the sun went behind a ridge before I had the chance.) 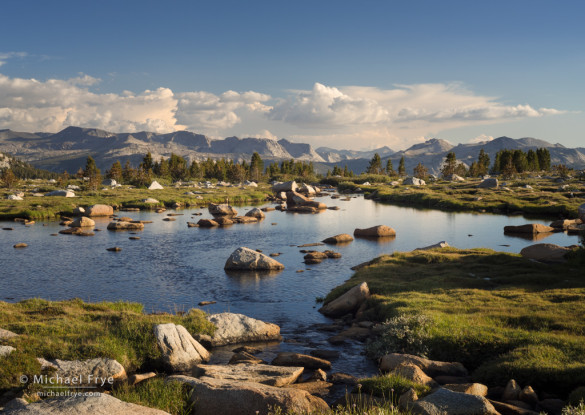 The next two photographs both include multi-colored patterns of flowers. In the first image, a clump of owl’s clover just below and left of center provides a subtle but important focal point. It’s the color that draws attention to this spot, and from there your eyes can roam around the rest of the frame. In fact the flowers seem to form faint concentric rings around that focal point. 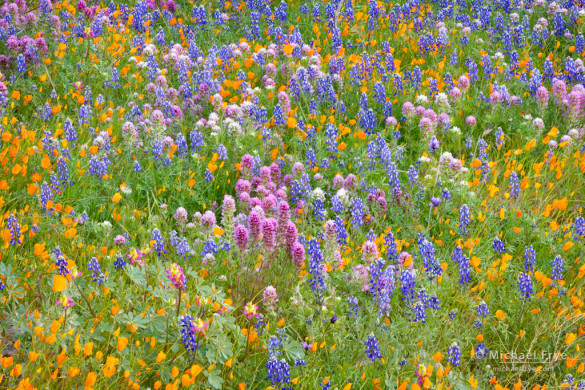 The second image, on the other hand, lacks a clear focal point. Those magenta flowers grab your attention, but there isn’t one spot within that swath of pink that stands out. The white flower just right of center is perhaps the most eye-catching single spot, but that’s pretty subtle, and hardly a focal point. There’s still a strong enough overall pattern here to make this photograph work, but a clear focal point would make it better. 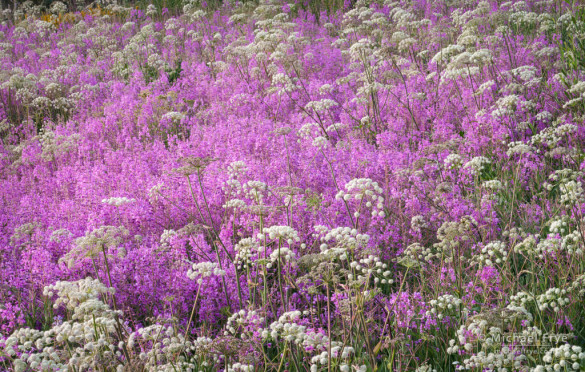 The next photograph, of an aspen-covered hillside, also has some nice patterns, but again lacks a clear focal point. It still works – to a degree. But it would work better if there was one particularly eye-catching tree in the frame. 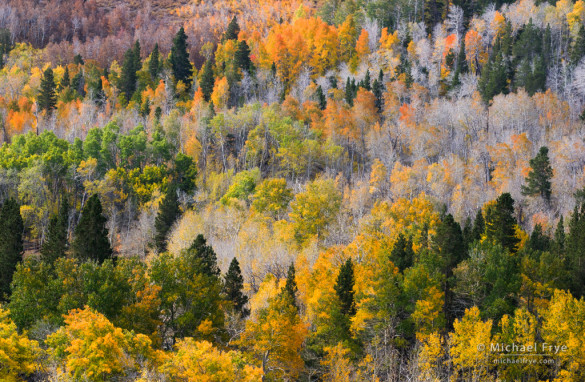 In contrast, the next image does have a clear focal point, and I think that makes it a stronger photograph. The aspen left of center stands out because of its color and shape, giving the viewer something to latch onto. From there your eyes can travel around the rest of the picture and find interesting colors, patterns, and textures. 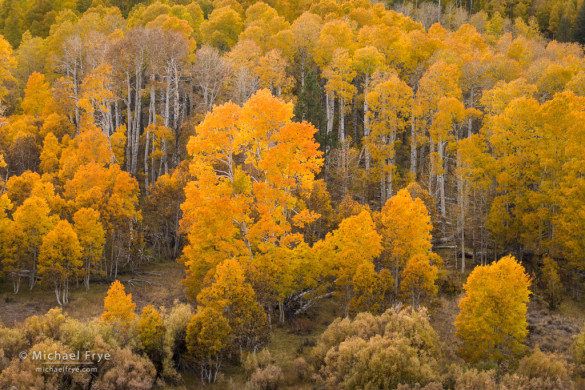 Finally, however, I’ll leave you with an example that breaks the rule. There’s no clear focal point in the photograph below. If pressed, I’d say the two largest aspen trunks near the center of the frame are the biggest eye-catchers, but it would be stretching things to say that they’re focal points. Nevertheless, I think this works better than the other focal-point-lacking examples I’ve shown so far because the overall pattern is so strong, with the repeating vertical lines of the tree trunks, and all those Dalmatian-like spots. (The golden light helps too.) 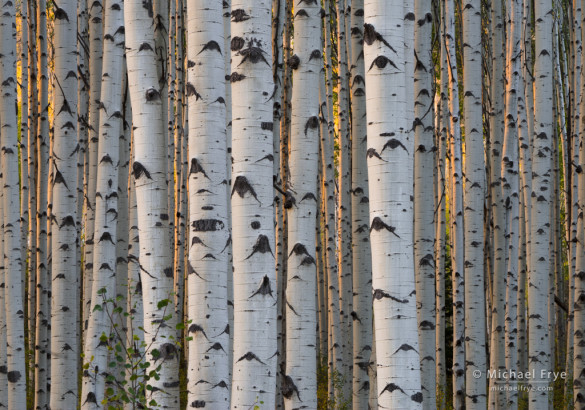 So when do you need a focal point? Almost always. Don’t leave viewers guessing; make it clear what you want them to look at first. The only consistent exception is when the image has a very strong repeating pattern, where the pattern itself might be enough to grab people’s attention.

Related Posts: Cloud Patterns; When Should You Include a Foreground in a Landscape Photograph?