More Birds, and a Horsetail Update 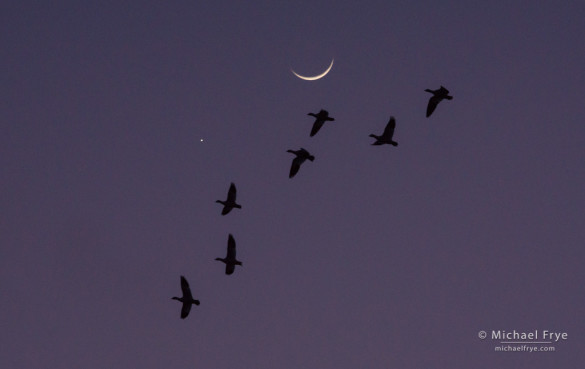 I’ve been working on a book deadline, so haven’t been able to get to Yosemite Valley and check on Horsetail Fall recently. But I did break away from the desk on Friday to go down to the Central Valley and photograph birds. At first the light was rather uninspiring, because the fog I was hoping for had lifted into a low overcast. But it turned out to be a great day. I photographed one of the biggest goose takeoffs I’ve ever seen, with perhaps 30,000 birds lifting off at once; one of the photographs below shows part of that group. Later, the sun broke through the stratus deck to create some beautiful sunbeams, and at dusk Venus and the crescent moon appeared (above).

As for Horsetail, the flow diminished quickly after the last rainstorm, and from reports I’ve heard there is basically no water in it – just a bit of dampness. There is another storm predicted for today and tomorrow. This is expected to be both colder and weaker than the last storm, with snow levels around 6,000 feet, but limited moisture. Horsetail might get some help from this system, but probably not much. Even if this storm turns out to be bigger than predicted, any precipitation in Horsetail’s drainage will fall as snow, so there won’t be a significant boost in flow until the sun comes out and melts some of that snow. It’s supposed to be sunny Tuesday, Wednesday, and Thursday, so maybe by Wednesday or Thursday we could see a decent water flow in Horsetail.

Of course the window of best light for Horsetail is coming to a close. I’ve said that the window is from February 16th through 23rd, but it’s not like the light is great on the 23rd, and terrible on the 24th. By March 1st the light gets cut off by the Nose of El Capitan before the color reaches maximum intensity, so Horsetail can turn gold, but not orange or red. In between now and March 1st there will be a gradual decline in the color intensity. I think the light can still be good this week, if there’s water – but that’s a big if. 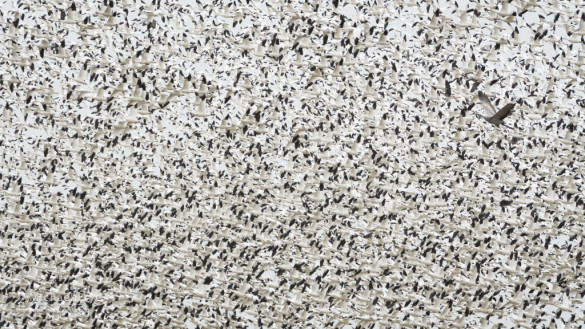 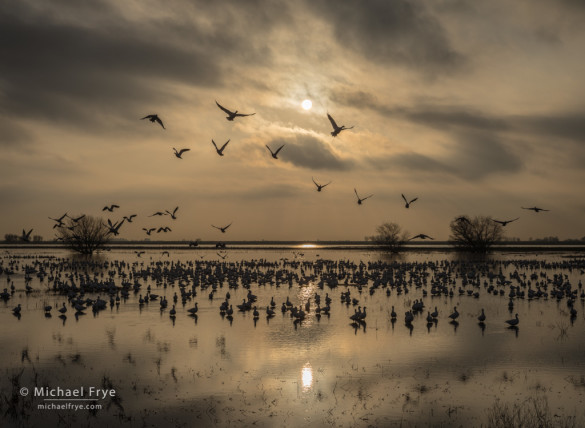 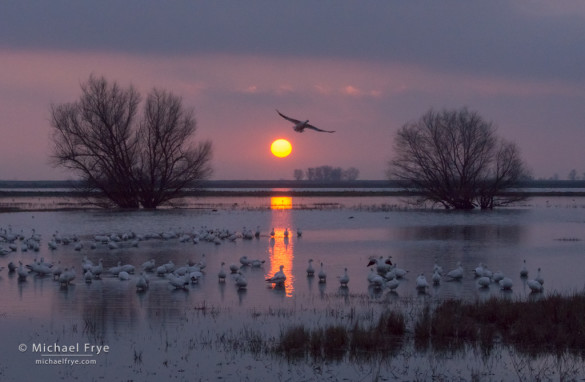