Back to Jurassic Park 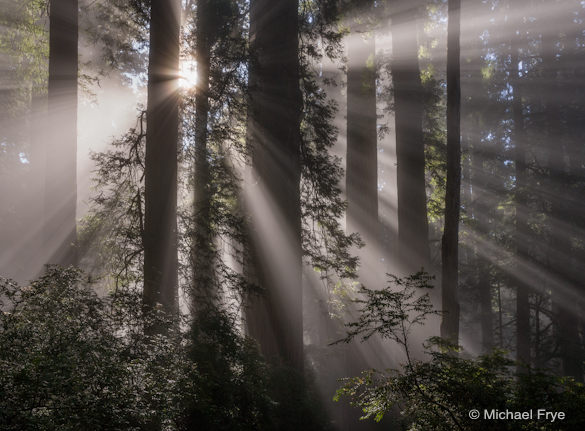 Sunbeams in the redwood forest

Last year I spent a magical day among foggy redwoods and rhododendrons along the northern California coast, and captured some of my favorite redwood photographs to date. You can see some of those photos here and here.

Claudia and I recently returned from another trip to the redwoods. On our first morning we went to the same area we visited last year, but the fog wasn’t as extensive, and not as many rhododendrons were blooming. We kept hiking, and finally reached some mist, and then something magical happened: the fog began to lift, and sunbeams started filtering through the trees. I captured the “Close Encounters” photograph below, then huffed up a steep trail to the top of a ridge and made the image at the top of this post, with classic godbeams radiating through the trees, then hurried back down, chasing the receding edge of the fog, where I found the scene in the second photograph below.

The next day I rose early and drove north from Arcata. There was low-lying fog right along the shoreline, but it melted away just a few hundred yards inland, so I decided to stay near the coast, and headed for the sea stacks near Trinidad. The fog lent a wonderful atmosphere to these scenes, and I spent a couple of hours exploring various bluffs and beaches. You can find two of the images I made below.

On our last day Claudia and I hiked a new trail (new to us at least). It had sprinkled, but then stopped, and we weren’t planning to go far, so we left our rain jackets in the car. Naturally it started raining again, but then it let up, so we continued. We ended up going twice as far as we’d originally planned, and a steady rain started to fall, so we got thoroughly soaked on the way back to our car. But we loved this trail. We passed one Jurassic Park scene after another, with enormous redwoods around every bend, and thick ferns and rhododendrons underneath. I didn’t get any great photos that day, but I’ll be back.

I love photographing this area, especially the dense, primeval redwood forests. You can walk a few hundred yards from a road and feel like you’ve traveled back in time a million years. And as I wrote last year, when you feel a strong connection with your subject it’s bound to show in your photographs. 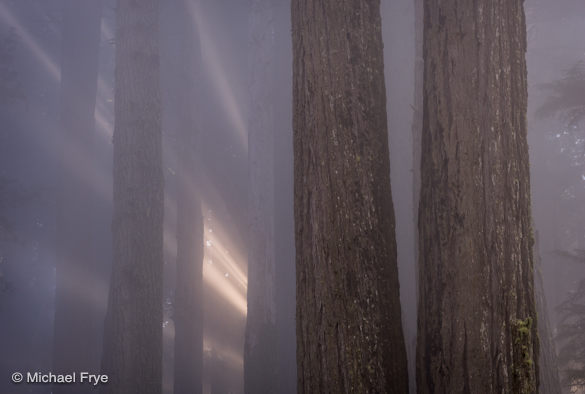 Close Encounters in the redwoods 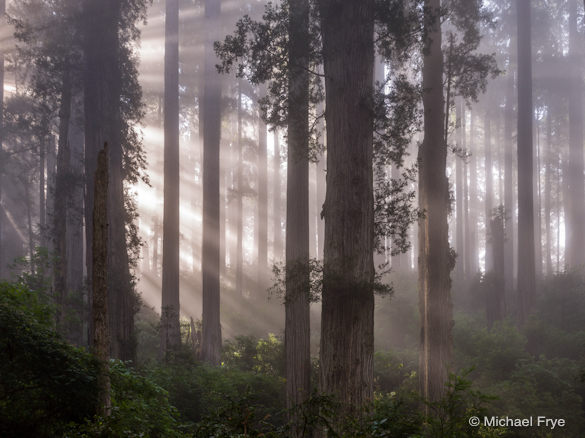 Sunbeams through a misty redwood forest 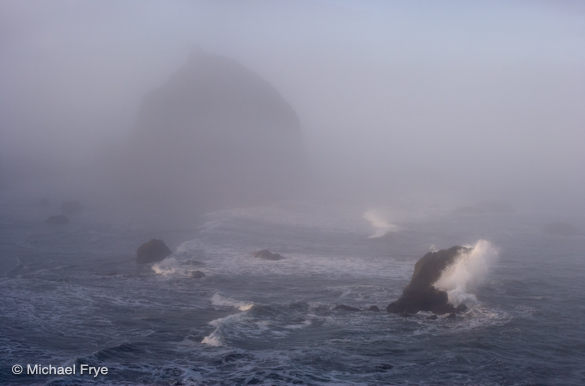 Waves and sea stacks near Trinidad 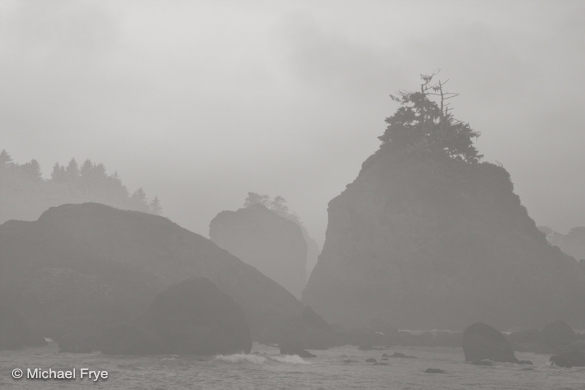 Related Posts: Capturing a Mood; The Third Dimension in Photography; Photographs That Inspire

Get new posts delivered right to your inbox! I don’t share my subscriber list with anyone, period, and you can easily unsubscribe at any time. Just enter your email address here: