Should Your Next Camera Be a Sony? 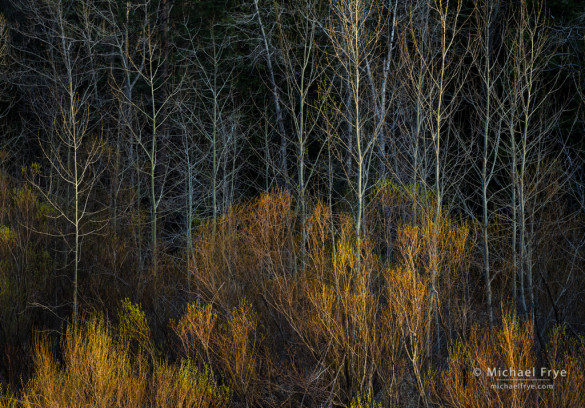 Willows and cottonwoods in late-afternoon light, Yosemite. The outstanding resolution of the Sony A7r allowed me to make a 40×60-inch print that captures all the fine detail of this image.

I don’t review or even talk about equipment very often, but I reviewed the 36-megapixel Nikon D800E last summer because I think it’s such an important, game-changing camera for landscape photography, with exceptional resolution and low noise. Like many Canon users, I’ve been waiting for Canon to offer a competitor to the D800 and D800E. Rumors keep circulating about a 40-megapixel Canon camera, but so far nothing more substantial than a rumor has appeared.

Then last fall Sony announced their new full-frame, mirrorless Alpha A7 and A7r cameras – the A7 with 24 megapixels, and the A7r with 36 megapixels. The A7r uses essentially the same sensor as the Nikon D800E (though Sony says they’ve improved it). For a Canon user like me, the A7r was intriguing because some readily-available adapters could be used to mount my Canon lenses on it. The short distance between the sensor and the A7r’s lens mount makes it possible fit an adapter between Canon or Nikon lenses and the camera, and still be able to focus at infinity. So I could potentially get the resolution and noise control of the D800E without having to make a large investment in new glass. And the A7r seemed reasonably priced at around $2300 (though adding an adapter and battery grip brings it close to $3000).

But I had some big questions. The A7r is a mirrorless camera, so would I miss a real, optical viewfinder? How well would my Canon lenses function with the adapters? And what about “shutter-shake,” and other potential problems that I’d read about online?

END_OF_DOCUMENT_TOKEN_TO_BE_REPLACED 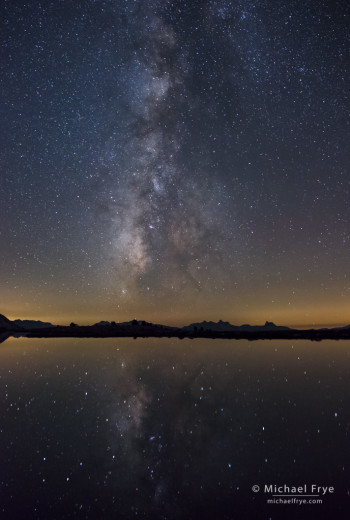 Milky Way reflected in an alpine lake, Yosemite, captured with the Nikon D800E

I don’t often write about equipment, but in August I had a chance to test the Nikon D800E, and since it’s such a good camera for landscape photography I decided to share my thoughts about it. In terms of image quality, this camera is hard to beat unless you jump into the super-expensive realm of medium-format digital cameras.

There is, however, a new camera on the market that may prove to be a worthy competitor to the D800: the Sony A7r. This is a mirrorless camera with a 36-megapixel full-frame sensor. In fact it’s probably the exact same sensor that’s in the D800E, but in a smaller, lighter, and less-expensive package. DxO Mark rated the Sony sensor equal to the D800, and just a point below the D800E.

Unfortunately, hardly any lenses are available yet for this camera. As I write this I think only two lenses are shipping, a 35mm f/2.8, and a 55mm f/1.8, though more will be coming within the next six months or so. You can use Sony’s E-mount lenses for it’s NEX cameras with the A7r, but you’ll get serious vignetting. You can also buy adapters that will let you mount a variety of other lenses, including Zeiss, Nikon, Canon, and others. However, with most adapters you’ll lose the ability to autofocus (or if not, the performance will suffer), and possibly the automatic diaphragm as well. The D800 or D800E are still the best bets if you want a lot of megapixels with a great variety of fully-compatible lenses and accessories.

END_OF_DOCUMENT_TOKEN_TO_BE_REPLACED

I love ebooks; I’ve written three of them, and I think they’re great for teaching and learning about photography. But there’s something special about a beautiful, well-printed, coffee-table book. Picking one up is like holding an art exhibit in your hands, and the tactile sensations of turning the pages complement the visual experience of looking at the images. So here are four actual, physical books you might not have seen before, but that could make great gifts this holiday season. 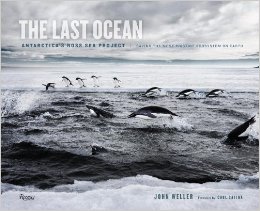 John Weller might be one of the best nature photographers you’ve never heard of. I first met John in the 1990s when he worked briefly at The Ansel Adams Gallery in Yosemite. John has since gone on to create two beautiful books: Great Sand Dunes National Park: Between Light and Shadow, and his latest, The Last Ocean.

The Last Ocean is part of an ambitious project to document and preserve Antarctica’s Ross Sea, considered to be the most pristine ecosystem left on earth. John made four separate trips to this area and came back with a stunning collection of beautiful and imaginative photographs. And, in something of a rarity for a coffee-table book, the text is as compelling as the photographs, with vivid descriptions of the area, the lives of the animals, and of John’s adventures.

To see some of the photographs in the book, check out this slide show. You can order signed copies of the book directly from John, or get unsigned copies from Amazon.

END_OF_DOCUMENT_TOKEN_TO_BE_REPLACED 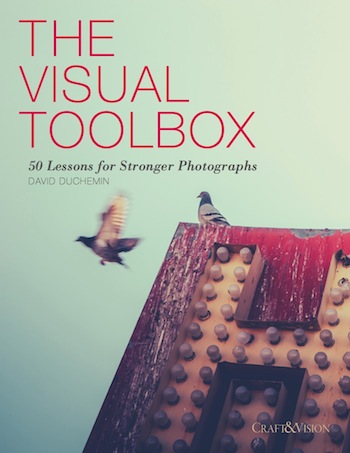 Craft & Vision has just released their second “Big Book.” This one is called The Visual Toolbox, by C&V founder and publisher David duChemin.

I’ve said before that I think David is an excellent writer and photography educator. But this time he’s outdone himself; The Visual Toolbox is one of the best photography-instruction books I’ve ever read.

It really is a toolbox, covering almost every aspect of photography, including exposure, depth of field, composition, balance, light, how to slow down and really see, and much more. But what sets this book apart is David’s ability to offer fresh perspectives and ideas on familiar photography topics, and get you to think about these subjects in new ways.

END_OF_DOCUMENT_TOKEN_TO_BE_REPLACED 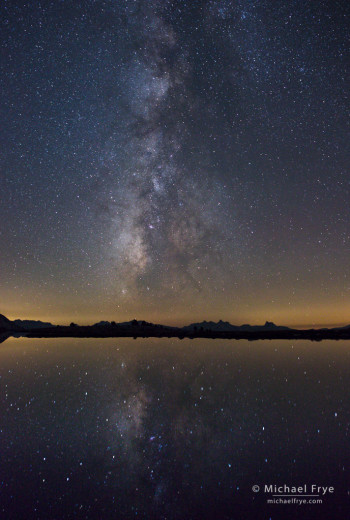 Regular readers of this blog know that I don’t often write about equipment. Equipment is necessary, and important, but not the most important thing in photography.

However, equipment does matter in some situations, like when trying to capture fast-moving subjects, or the faint light of stars, or when you want to make a large print that’s sharp and noise-free.

My regular camera is ancient by the fast-moving standards of the digital age. It’s a 16-megapixel Canon 1Ds Mark II, first introduced in 2004. I haven’t felt a compelling urge to upgrade. Newer models like the Canon 5D Mark II and Mark III have a little higher resolution (21 and 22 megapixels, respectively), but the difference isn’t that significant. They also handle noise better, but again, the advantages are relatively small.

One of the reasons I’ve been slow to upgrade to a new model is because while Canon has been making these modest improvements in image quality, Nikon has been making big leaps. For several years the Nikon sensors (some of which are made by Sony) have outclassed Canon in handling noise – something I could see clearly when looking at student’s photos during workshops. And last year’s introduction of the 36-megapixel Nikon D800 and D800E set a new standard for resolution in a 35mm-style DSLR. All this makes me think about switching, and hesitant to invest in more Canon equipment.

END_OF_DOCUMENT_TOKEN_TO_BE_REPLACED

Visual Flow: Mastering the Art of Composition is an ambitious eBook that delves deeply into what could be the most important aspect of photography: composition. But composition is a difficult subject to talk about, and teach, because of its complexity. Every situation a photographer encounters is different, and no rules or formulas can encompass all the variables.

I couldn’t agree more, and Ian and I are in complete agreement about this too: “Learning to think abstractly about visual elements is the single most important thing you can do to improve your compositional skills.” The less you think about the subject, and the more you think about the underlying abstract design – the lines, shapes, and patterns – the better you compositions will be.