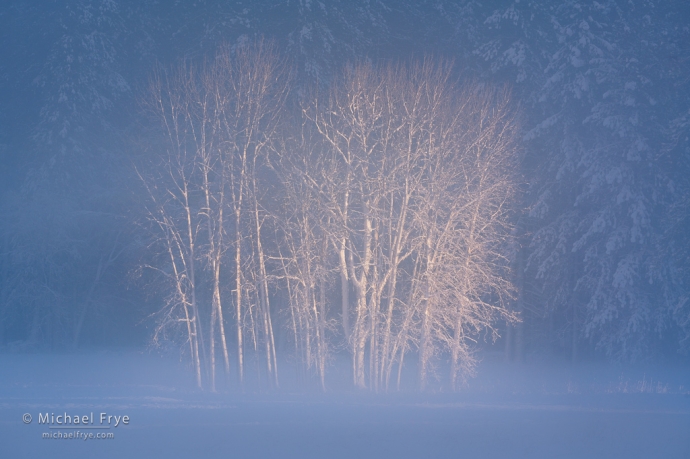 We’ve had a great start to the winter here in the Sierra, with several early-December storms bringing rain and higher-elevation snow. Precipitation is above average for Yosemite Valley at this point, which is wonderful. Some other recent winters have also gotten off to a strong start only to fizzle in January and February, so we’ll keep our fingers crossed that this winter will be different.

This winter’s early-season storms have been on the cold side, cold enough to bring snow to Yosemite Valley several times. The most recent storm (December 10th and 11th) followed a typical pattern, starting with rain in Yosemite Valley (at 4,000 feet), then changing to snow toward the end of the system as the cold front moved through. That tail end was pretty strong, dumping about eight to nine inches of new snow on the valley floor.

That storm ended just before we started our winter workshop, which was good timing. Better yet, temperatures stayed quite cold after the storm, with lows in the upper teens in the colder sections of the valley. That made us bundle up, and we used a lot of hand and foot warmers, but the snow stayed in the trees in the shady portions of the valley all week. And each afternoon mist formed in some parts of the valley, so we got to photograph snow-covered trees in mist a few times. What could be better?

Here’s a selection of recent images from snowy Yosemite Valley. Most are smaller scenes, but I had to throw in one grand landscape as well. The valley was a winter wonderland, and a playground for photography. 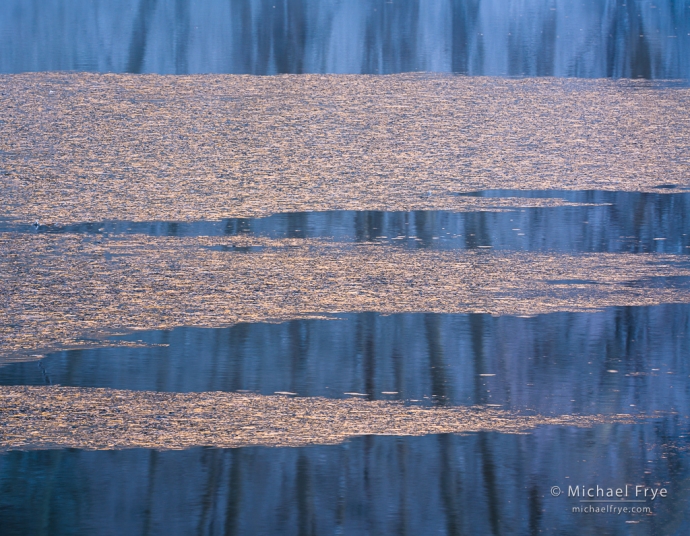 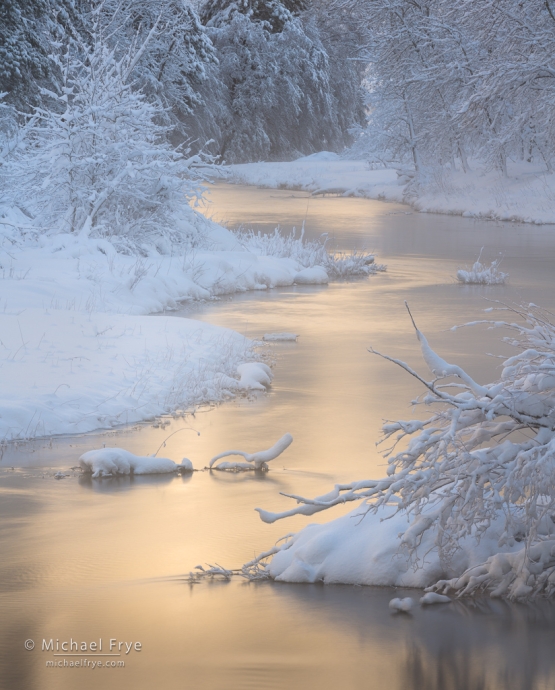 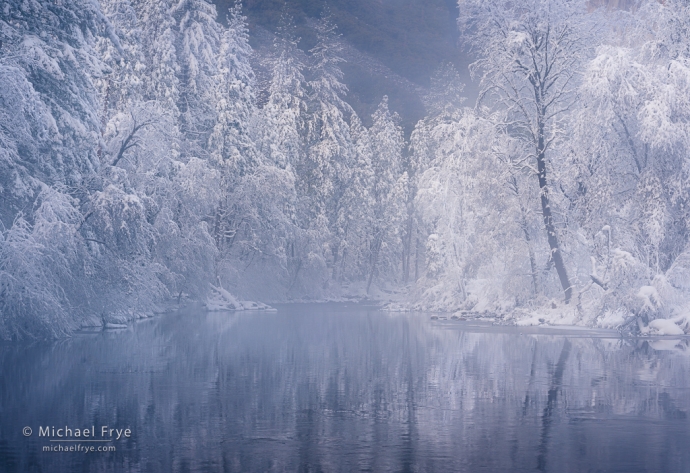 Snow and mist along the Merced River, Yosemite NP, California 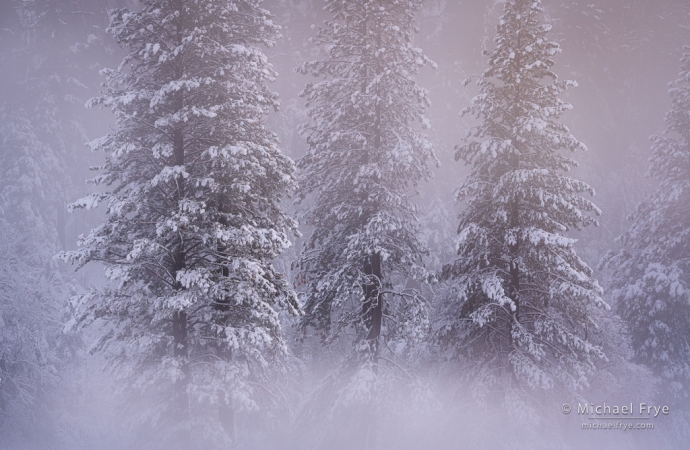 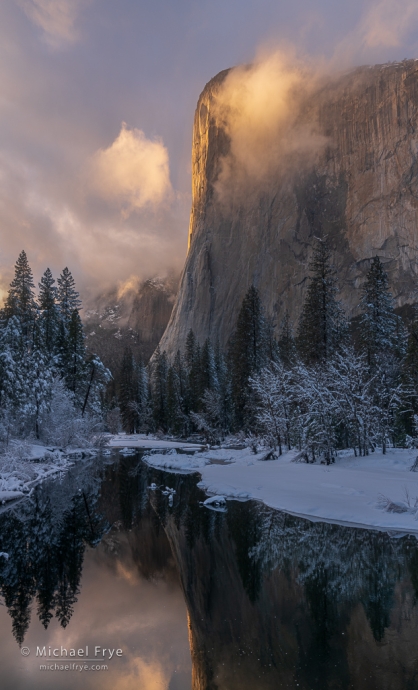