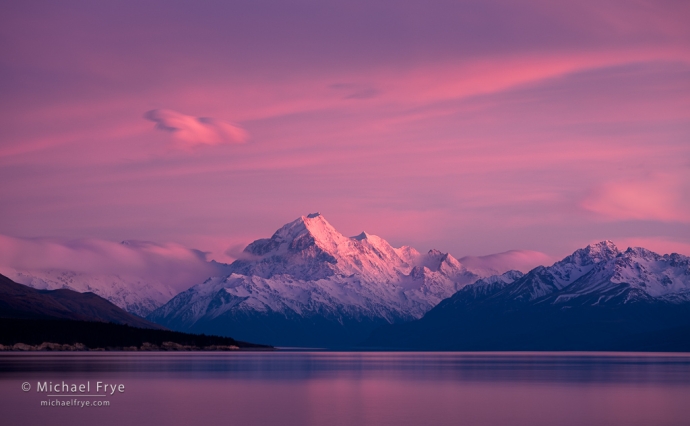 Aoraki/Mt. Cook at sunrise, New Zealand. This is the highest mountain in New Zealand. It’s covered in snow and ice year-round, but an antarctic cold front gave even the lower mountains a fresh coat of snow. I took this photo a good 40 minutes before sunrise as the predawn glow turned the mountains and clouds a vivid shade of pink.

I’m in the deep south. So far south that I’m down under – on New Zealand’s South Island.

The sun rises in the east and sets in the west, so that’s normal as far as it goes. But once the sun rises it moves from right to left, and at noon it’s off to the north. What?

We had a cold front come through last week. An Antarctic cold front, moving in from the south, bringing brisk, chilly, southerly winds. That’s just backwards!

The southern slopes of the mountains are shadier and cooler, with denser vegetation. And of course it’s spring here in October. There’s lots of new, green grass, and adorable newborn lambs romping around the fields. (Yes, there are a lot of sheep here.)

To top it off, they drive on the left side of the road in New Zealand. I half expect gravity to work in reverse, but luckily I haven’t started floating off into space (at least not yet).

But even though it seems to be coming from the wrong direction at times, the quality of the light is beautiful. We’ve been lucky to see some gorgeous light and color during our journey so far.

And the landscapes here are incredible. I’m co-leading this trip with Phillip Bartlett for Visionary Wild. Phillip is a fantastic photographer, and super-nice person, and we’re all having fun traveling together. Phillip also knows the photographic territory here inside out, and has led us to lots of fantastic locations. Some of those are well-known, while others are decidedly off the beaten track, but all have been amazingly beautiful.

Plus we’ve had most of these spots to ourselves. New Zealand has a small population, and tourism has been slow to bounce back after the pandemic, so we haven’t encountered many people in general, and hardly any other photographers. To top it off, the food has been great. So yeah, we’re having a great time.

Here are a few photos showing some of that beautiful southern light we’ve encountered. I hope to post more soon. 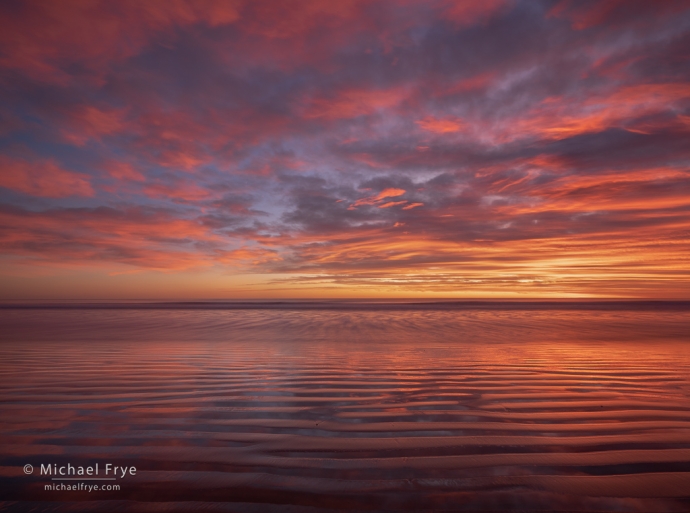 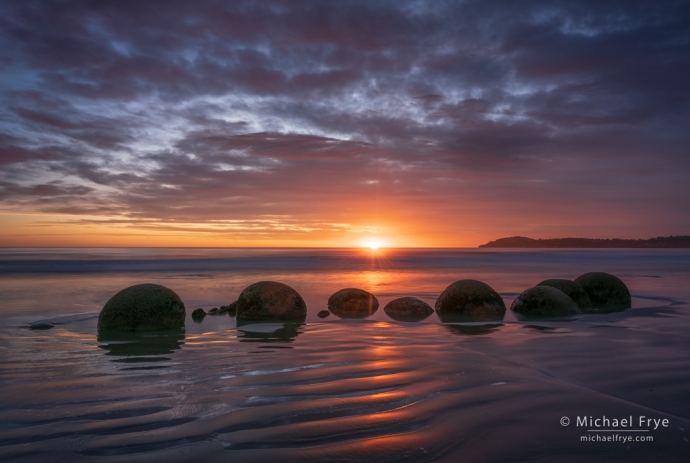 Boulders at sunrise, New Zealand. This is from the same morning as the previous image, with amazing rounded bounders in the foreground. 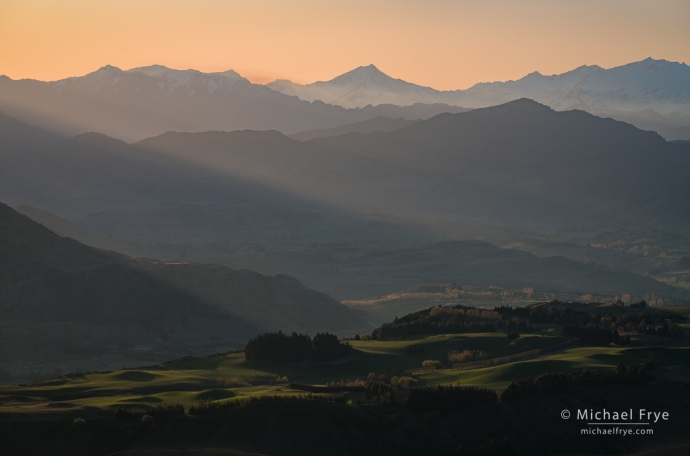 Layered hills and mountains, New Zealand. With pastureland in the foreground, and wild mountains in the background, we nicknamed this spot “The New Zealand Palouse.” 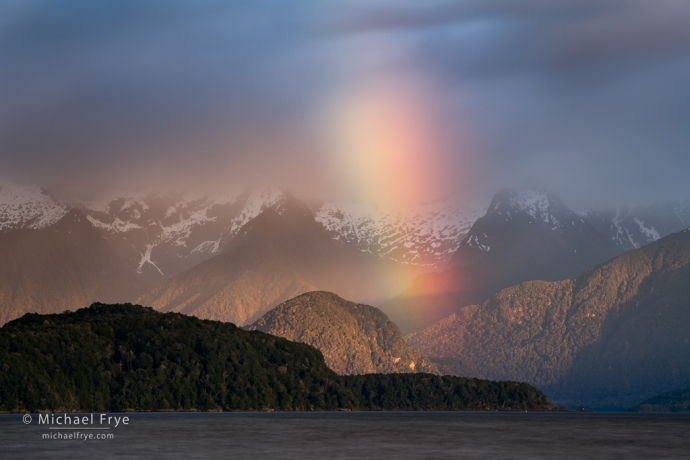 Rainbow over a Southland lake, New Zealand. We were hoping just to get some light on the mountains and clouds, but then a rainbow appeared – faint at first, then becoming quite vivid.