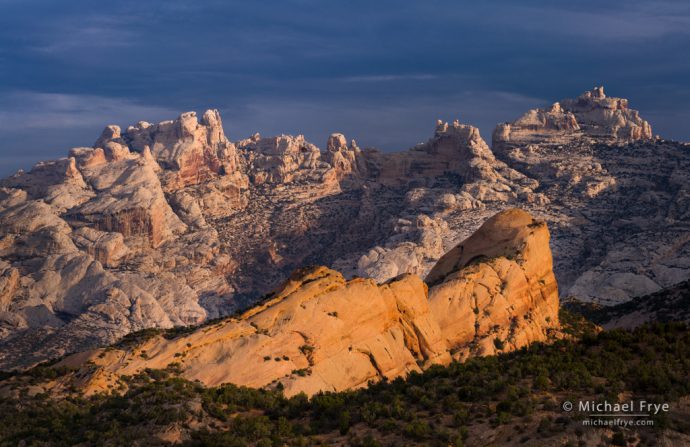 After visiting northern Utah on our recent road trip, we headed toward Colorado, but on the spur of the moment we decided to make a detour to Dinosaur National Monument.

When our son Kevin was five years old we made a trip to Dinosaur. Kevin was totally into dinosaurs at that age, and was thrilled to visit a place where dinosaurs had once lived, and to see actual dinosaur fossils in place in the dinosaur quarry. It was a magical experience for him.

Kevin is now 30 years old. None of us had been back to Dinosaur over the previous 25 years, but it was a place I’d wanted to return to – not for the fossils, but to photograph the area’s rock art and sculptured sandstone canyons. Now Claudia and I found ourselves there with some time on our hands.

On our first night we snagged the very last campsite in the main campground (Green River). As we were finding out, campgrounds and parks all over the west are busier than usual. People are doing the safest things they can think of, which for many folks means staying outside and camping. In other words, exactly what Claudia and I were doing.

We were pretty self-contained, sleeping in our vehicle, hiking, photographing, and coming into contact with other people only when buying supplies, using restrooms, or occasionally ordering takeout food. But of course many other people had the same idea. Campgrounds and hotels that would normally be pretty empty in the fall, or already shutting down for the winter, were completely full. For the most part we were able to avoid the most popular areas, so we rarely had trouble finding a campsite, but on that first night in Dinosaur, a Friday night at a well-known spot within three-and-a-half hours of Salt Lake City, we were lucky to snag the last site at three in the afternoon.

We liked the area so much that we ended up staying for five nights. We found quieter, more remote campsites, and immersed ourselves in the peaceful grandeur of this place. We had only intermittent internet access, giving us a welcome break from news about the pandemic and election.

John Wesley Powell and his men descended the canyons along this section of the Green River 1869, on their way to making the first descent of the Grand Canyon. Their party named many of the area’s features, including The Canyon of Lodore, Whirlpool Canyon, Split Mountain Canyon, Echo Park, and Disaster Falls, where they lost one of their boats.

We spent two nights camped at the fabulous Echo Park, where the one-armed Major Powell almost lost his life trying to scale the formation they called Echo Rock (now known as Steamboat).

Remarkably, the canyons of Dinosaur still look much the same as they did in 1869. And once we got away from a couple of the more accessible and popular spots, we found few people, and the landscape felt remote and empty. I could almost visualize Powell and his crew camped along the river. They had just started their expedition, had already lost one of their boats and some of their supplies, and were understandably anxious about the unknown canyons and rapids that lay ahead.

Claudia and I were able to just enjoy the peace, quiet, and remote feeling of this beautiful place. Here’s a small selection of images from Dinosaur. I’m sure we’ll be back. 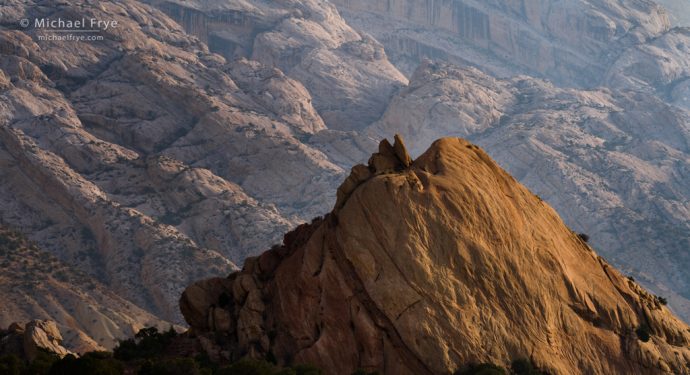 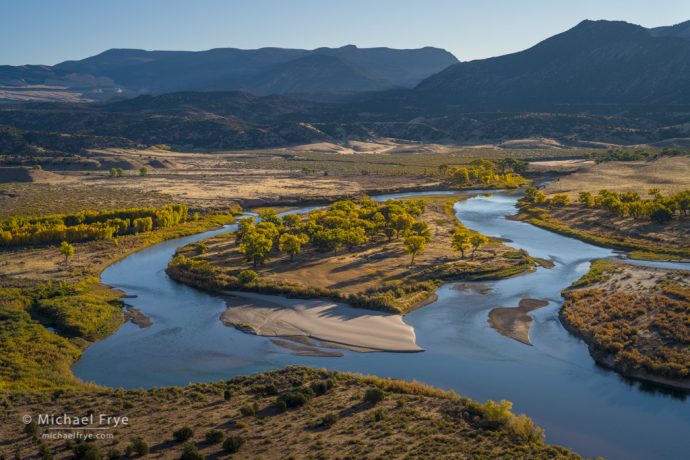 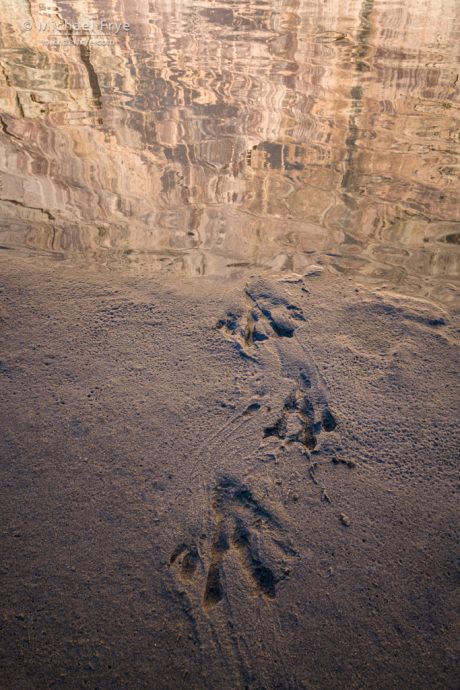 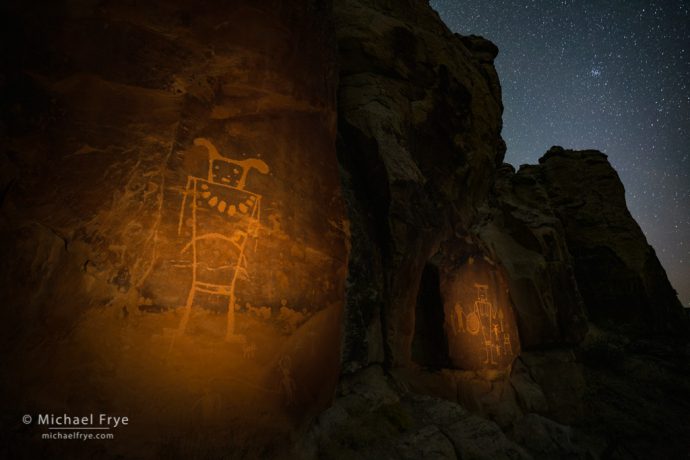 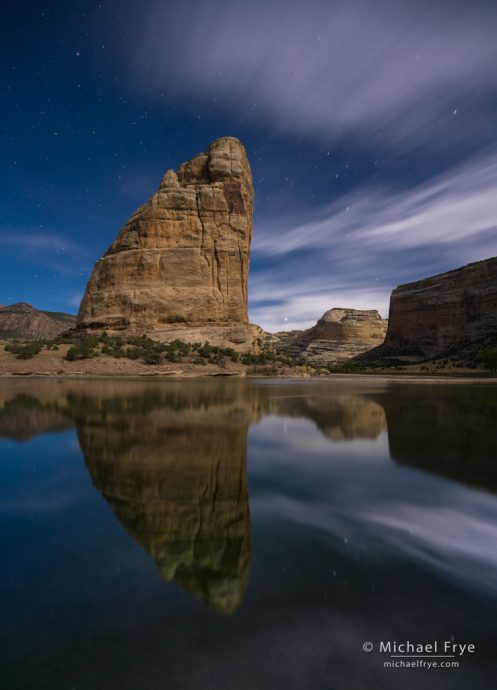 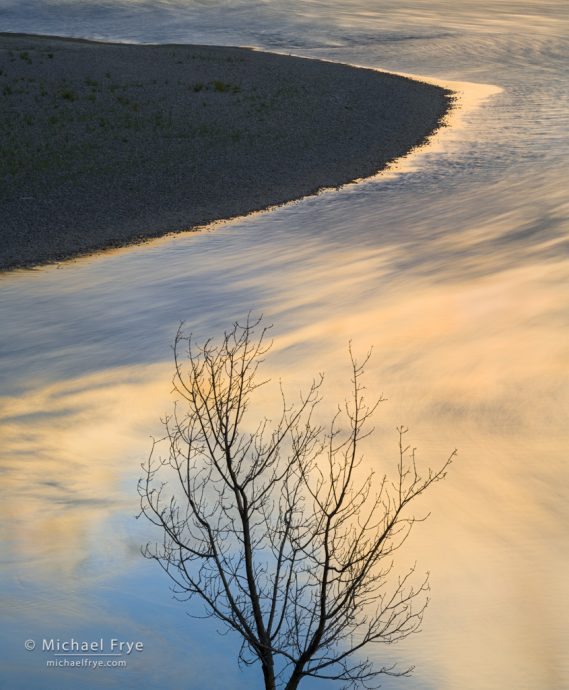 Related Posts: On the Road; A Brief Detour through the Canyon Country