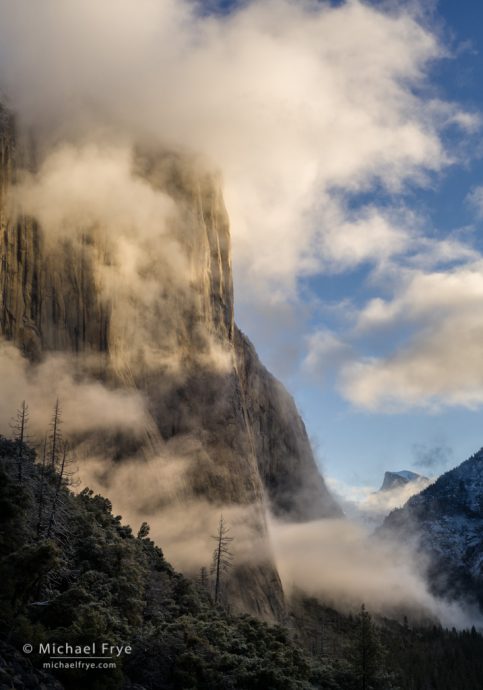 Half Dome and El Capitan during a clearing storm, Yosemite

We’ve seen a pretty active weather pattern here in California since late November. There haven’t been any big storms, but rather a series of smaller systems. Each dose of precipitation brings a chance to photograph a clearing storm – if the timing is right. And the timing has been perfect a few times.

My last post featured a sunrise clearing storm on Christmas Eve. The photographs in this post were actually made about a week before that, when another small weather system cleared just before sunrise.

Forecasts show a slight chance of showers tonight, and faint chances of showers on Wednesday and Saturday. We’ll see after that. It would be nice to get a big dump of snow, but I’ll be happy if these small storms keep coming.

P.S. On New Year’s Eve I’ll be posting the nominees for my best photos of 2019, and asking you to vote and help pick the final ten. Keep an eye out for that post! 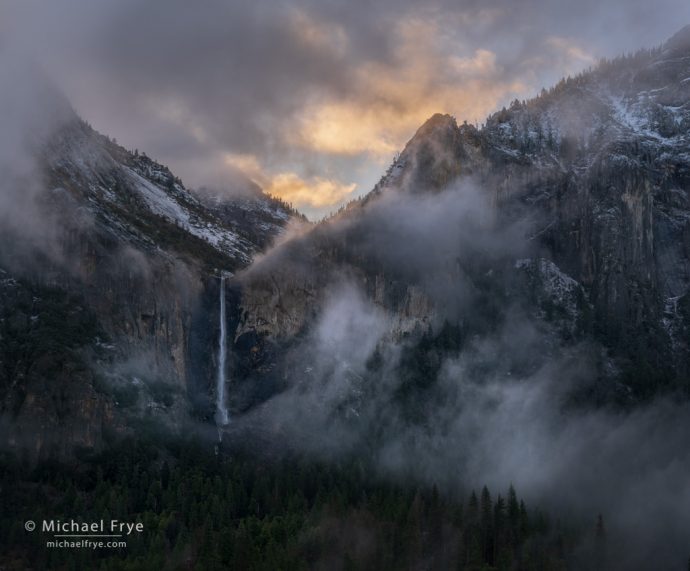 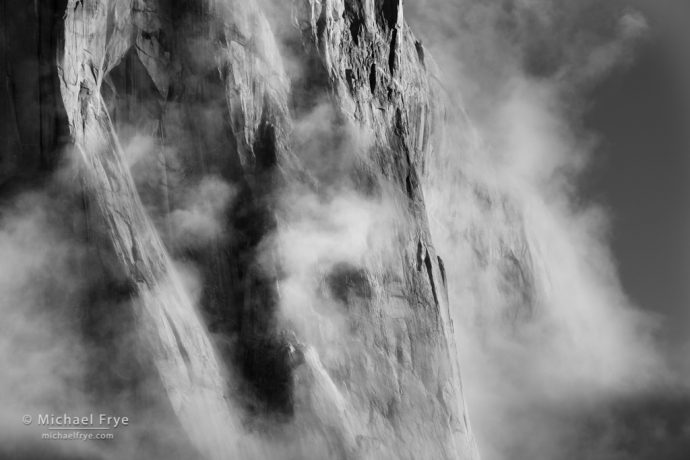 The heart of El Capitan, Yosemite