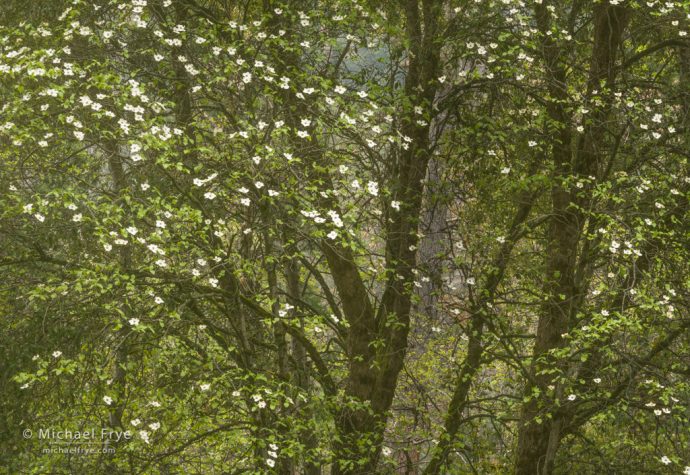 Claudia and I went up to Yosemite Valley yesterday to check on the dogwoods. We had heard they were a bit late this year, but were starting to come out. And indeed they seem to be coming out quickly, and are close to their photographic peak now. Some are still greenish, a few looked a bit bedraggled already, and many seem to be leafing out quickly, but overall they were quite pretty. Some trees weren’t as full as I’ve seen them in the past, but others had more blossoms than usual.

Dogwoods bloom for two to three weeks, but I think they’re most photogenic when the blossoms are fresh (like now), and before the leaves get too big (which tends to hide the flowers a bit).

In Yosemite, dogwoods grow between about 4,000 and 6,000 feet in elevation, which puts Yosemite Valley (at 4,000 feet) at the lower limit of their range. The high-elevation trees typically bloom a week or two later than the ones in the Valley, so you might still be able to photograph dogwoods blooming until late May along highways 41 and 120, and in the Tuolumne Grove of giant sequoias.

Sometimes a cloud deck will sink low enough to envelop those higher-elevation dogwoods in fog. Last May Claudia and I found some wonderfully-dense fog among the dogwoods along Highway 120. I spent an hour or so photographing them, and the fog still lingered, so we decided to hike down to the Tuolumne Grove, where we found more dogwoods in fog. I never got a chance to post those photos last spring, so I’ve included a few below. 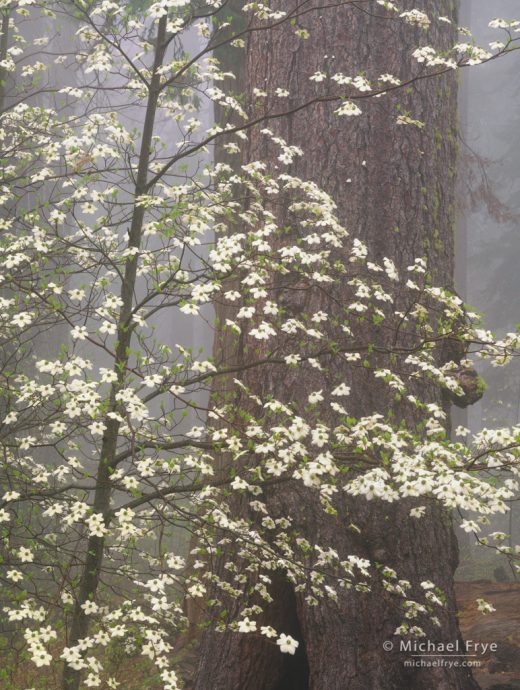 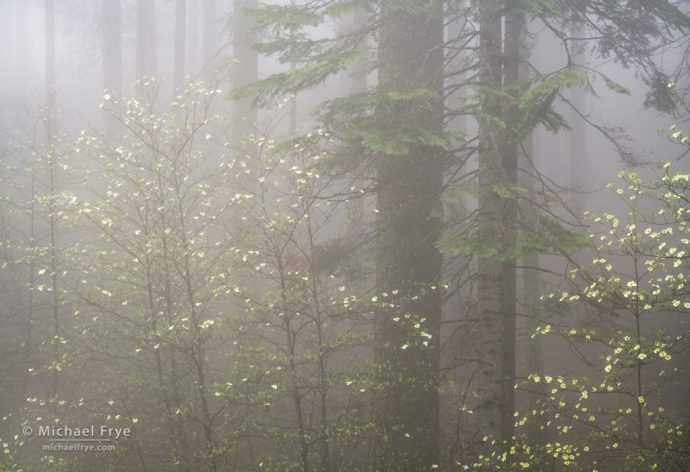 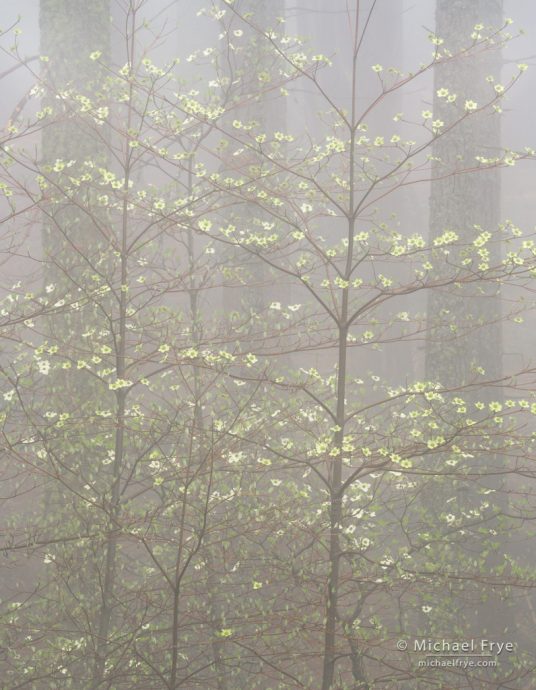 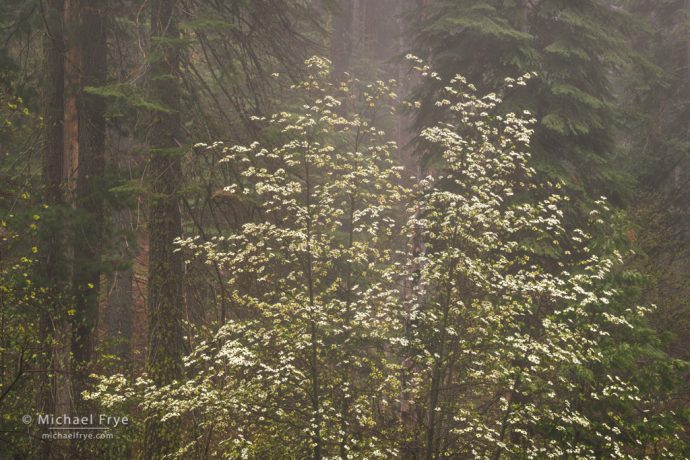