Deep Freeze in the High Country 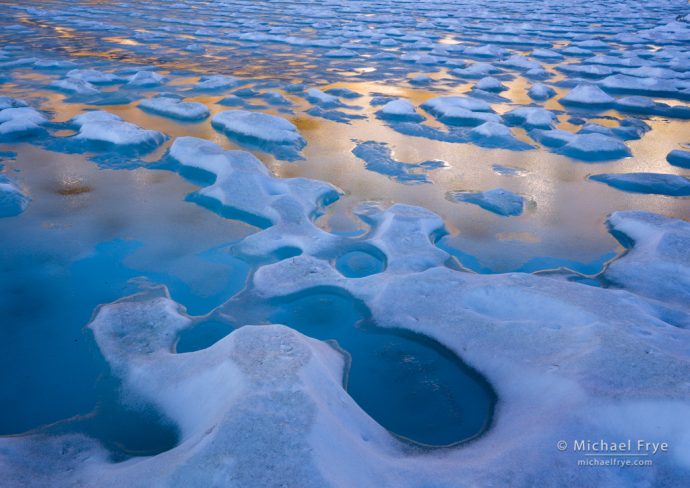 Reflections in sculptured ice, Saddlebag Lake, Inyo NF. Abstracts and telephoto lenses seem to go together, so I started off using my 70-200 zoom. But just to try something different I got down near the edge of the lake and tried using a wide-angle lens, and these wide-angle abstracts turned out to be some of my favorites. (35mm, 1/20 sec. at f/16, ISO 100)

This past winter’s record-setting snowpack in the Yosemite high country has left tons of snow and ice lingering into July. Tioga Pass finally opened on June 29th, and Claudia and I headed over the pass on July 3rd to scout for our Range of Light workshop. We found little snow below 9,000 feet, but above that altitude the hiking was tough, requiring either long detours to avoid snow, or traversing tedious, slippery, sun-cupped snowfields.

That meant we couldn’t get to certain locations during the workshop, but as compensation we got to photograph roaring creeks and rivers, and partially-frozen lakes. When frozen lakes melt you can often find beautiful patterns where ice and snow mix with patches of open water. On the last evening of the workshop we went to Saddlebag Lake, which had some amazing ice patterns. Better yet, the ice went into the shade around 6:30 p.m., while the rusty-colored mountainside on the opposite side of the lake stayed in the sun for another hour, casting beautiful gold and orange reflections in the water. This was kid-in-candy-store stuff to someone who likes abstracts as much as I do.

I had so much fun that evening that I went back to Saddlebag Lake the next day, after the workshop was over. I’ve also included a few more ice photographs made before and during the workshop from other high-elevations lakes.

If you’d like to try making your own ice abstracts keep in mind that all these images were made five to thirteen days ago, and the ice was melting fast. There should still be ice on some of the highest-elevation lakes and tarns for a couple more weeks, but you’ll probably have to hike a bit (likely over snow) to reach them.

Ice panorama, Saddlebag Lake, Inyo NF. Claudia showed me a beautiful panorama of the ice on her iPhone, so I had to try it. I thought that stitching images might create parallax problems in this situation, so I just cropped this panorama out of an image made with my widest lens. (16mm, 1/10 sec. at f/16, ISO 100) 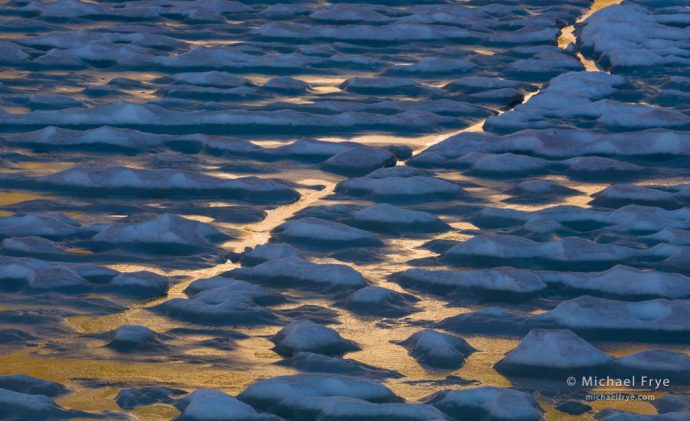 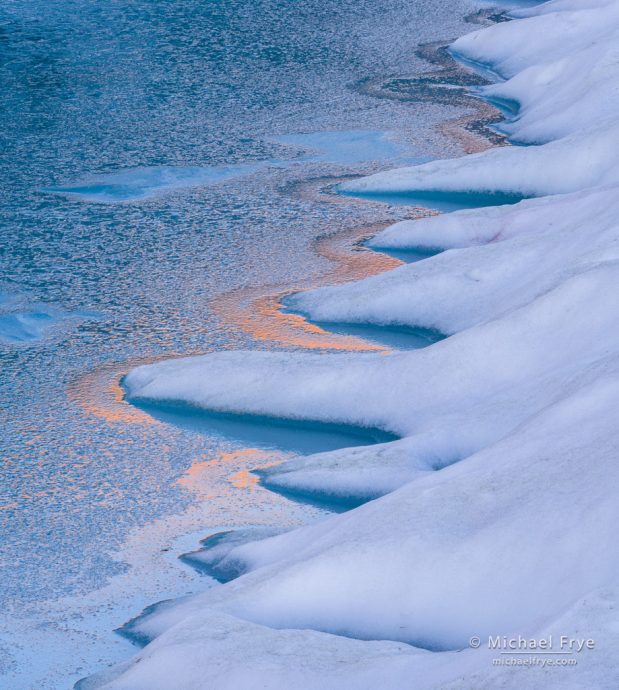 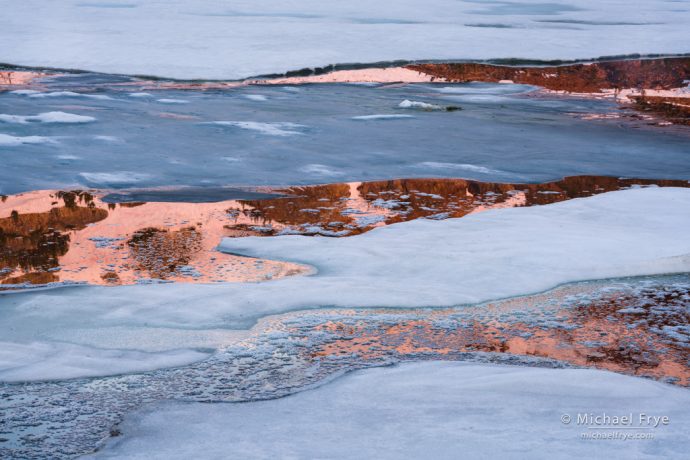 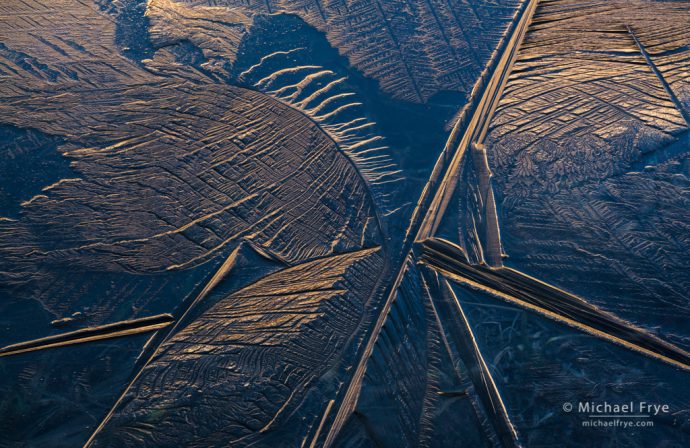 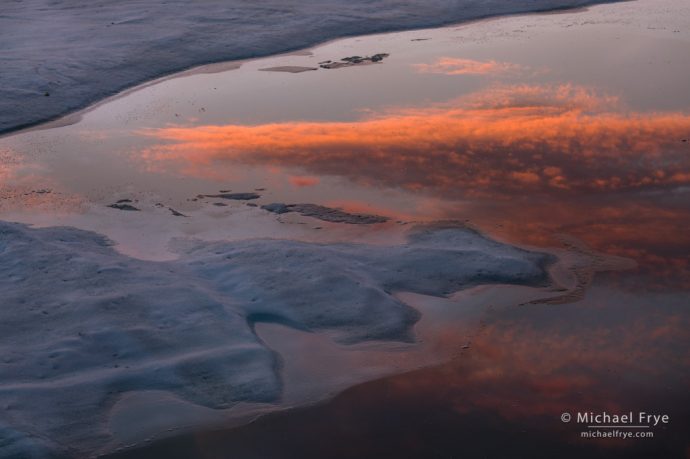