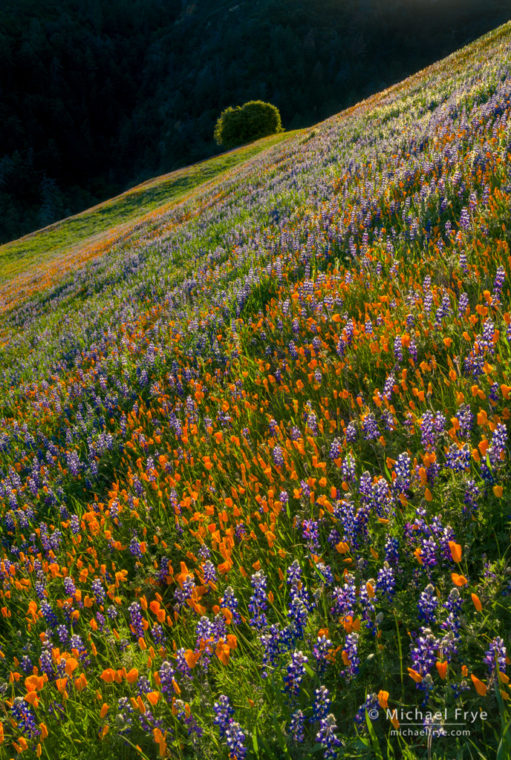 Claudia and I took a few days this past week to look for wildflowers. It doesn’t seem like a great year for flowers, at least compared to some past years, but we did find some nice patches.

Our first stop was Carrizo Plain National Monument. We had heard some promising reports from this area, and we found extensive patches of yellow hillside daisies along the south and east sides of Soda Lake. We also heard that there are large swaths of purple phacelia in the southern part of the monument, but we didn’t make it down that far. However the Temblor Range, on the eastern edge of the Monument, seemed very dry. There were patches of daisies in the Temblors, but none of the multi-colored hillsides you’ll see in the best years. If you’ve never been to the Carrizo Plain in the spring it’s definitely worth going, as you’ll find some large swaths of beautiful flowers on the valley floor, and a bit of searching will reveal mixes of different species that work well for more intimate scenes. But if you’ve been to the Carrizo in a great year you’ll probably be a little disappointed with the display this spring.

Our next stop was Figueroa Mountain, near Los Olivos in Santa Barbara County. There were some striking poppy-covered hillsides visible as we approached the area. As we drove up the narrow, winding road that traverses Figueroa Mountain we found some great views of nearby Grass Mountain with a vivid hillside full of poppies. But it was hard to find thick patches of flowers near the road. Most of the poppies right now are on other, neighboring mountains, not Figueroa itself, and they’re either on private land or require traversing private land to reach them, so you’re limited to distant views. On Figueroa itself there are many beautiful individual flowers, and one small patch of poppies next to the main road. There were other larger swaths of poppies, but all on steep hillsides that were difficult to reach. We finally ended up making a slippery descent down a very steep hillside to photograph a patch of poppies mixed with lupines.

On our last day we drove up the Big Sur coast, not to look for flowers, but just to see a beautiful area that we hadn’t visited in a long time. This was on Good Friday, so there was plenty of traffic, but we still enjoyed it. I’ve never spent much time photographing this area, but this small taste reminded me of how beautiful it is, and I hope to return soon.

We didn’t find any amazing flower displays during our little whirlwind trip, but that’s not surprising, as most of southern California has received below-average rainfall. But we had a great time exploring, and photographing the flowers we did find. One northern-California flower area that we’ve heard good things about lately is North Table Mountain Ecological Reserve near Oroville. If you’re been there recently, or know of some other good flower areas right now, let us know in the comments! 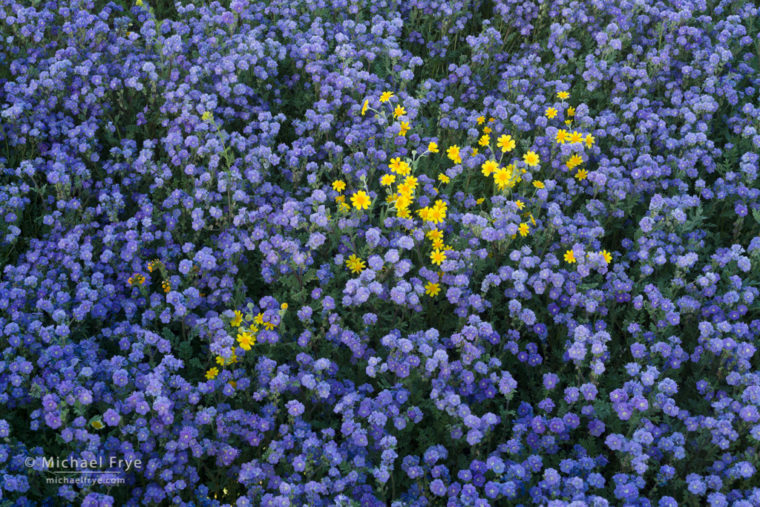 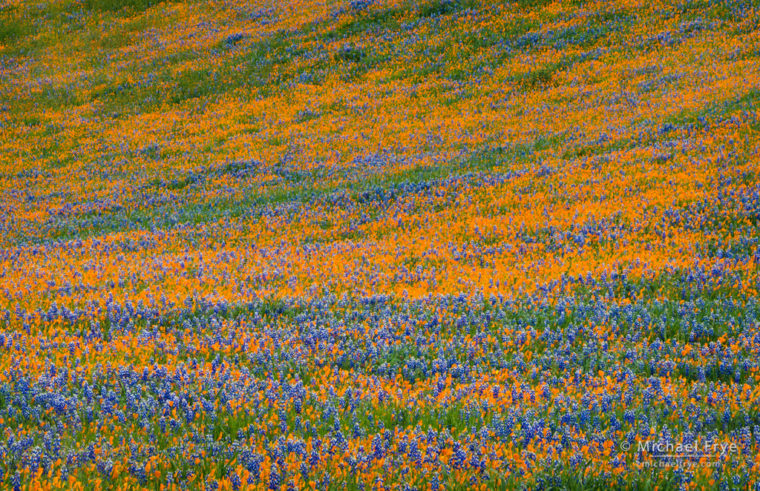 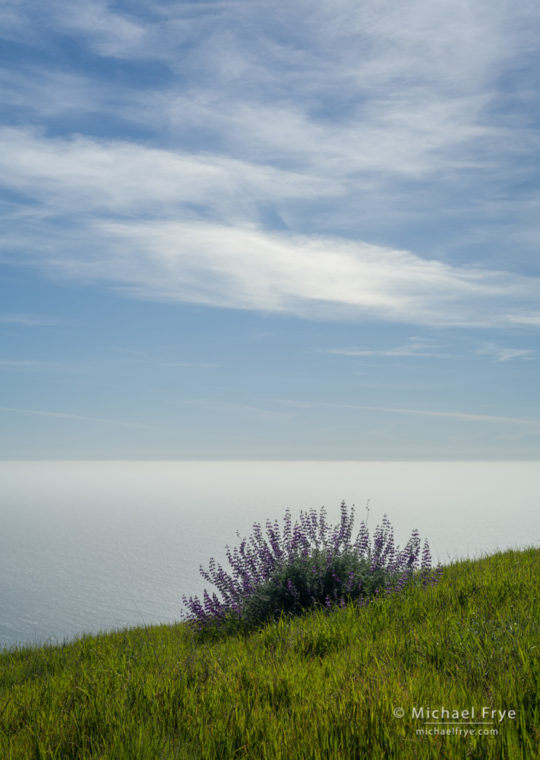 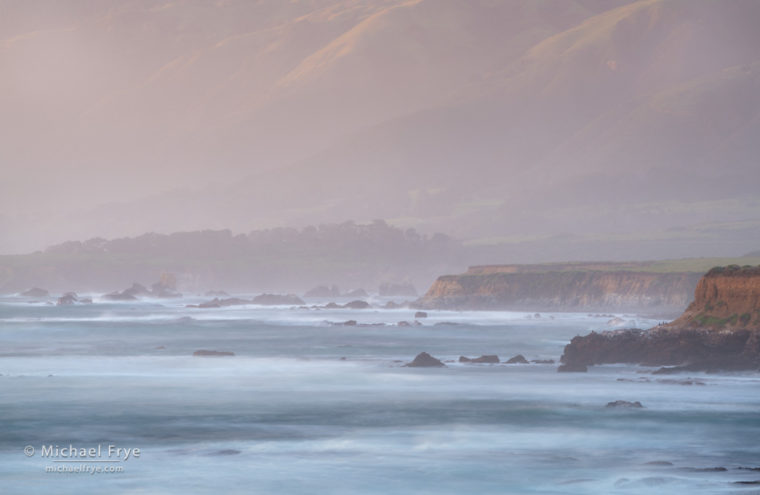