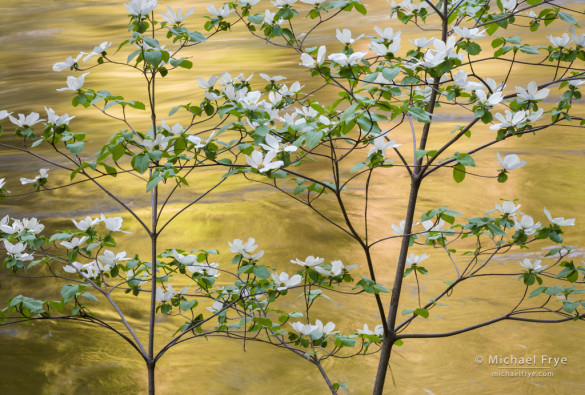 The dogwoods put on an exceptional display in Yosemite Valley this year; it seemed like every tree was bursting with blossoms. Participants in my Spring Digital Camera workshop with The Ansel Adams Gallery last week had lots of opportunities to photograph dogwoods, and I was really impressed with some of the compositions they made.

I found time to make the image above one afternoon last week, with dogwoods juxtaposed against reflections in the Merced River. This is good example of the kind of small-scale lighting event I wrote about recently; late in the day the sun hit trees and bushes along the opposite bank of the river, creating multi-colored reflections in the water behind this group of dogwoods.

This past Tuesday was a showery, misty day in the park. My students and I photographed clouds and fog at Tunnel View early in the morning, then later captured Upper Yosemite Fall dropping out of the mist (see the images below). In the afternoon we looked for, and found, dogwoods in fog along Highway 41 (bottom).

While the dogwoods in Yosemite Valley are fading, they still look fresh and beautiful at higher elevations. Look for these higher-elevation trees along Highway 41 between Oakhurst and Yosemite Valley, along Highway 120 between the entrance station and Crane Flat, and in the Tuolumne Grove of giant sequoias.

The Glacier Point Road is now open, and the Tioga Road is scheduled to open tomorrow. The waterfalls are still going strong, though the flow will gradually start to diminish soon. While everything is early this year, it’s been a beautiful spring so far.

Related Posts: Light and Mood With Intimate Landscapes; A Beautiful Week in Yosemite 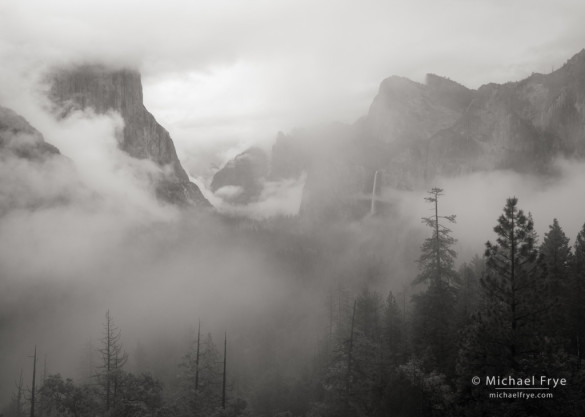 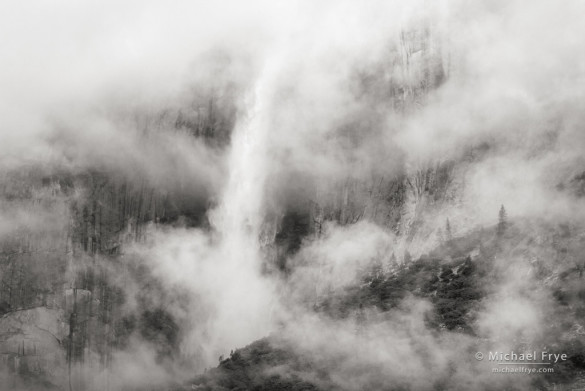 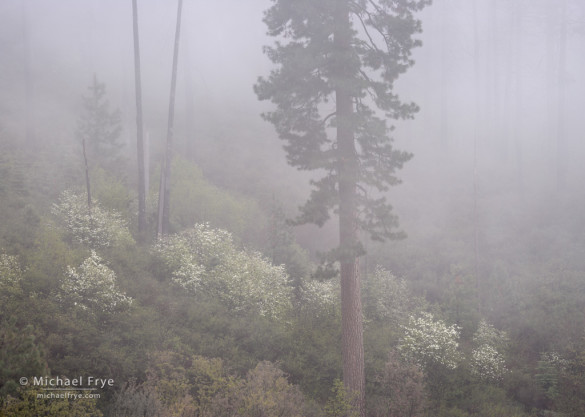