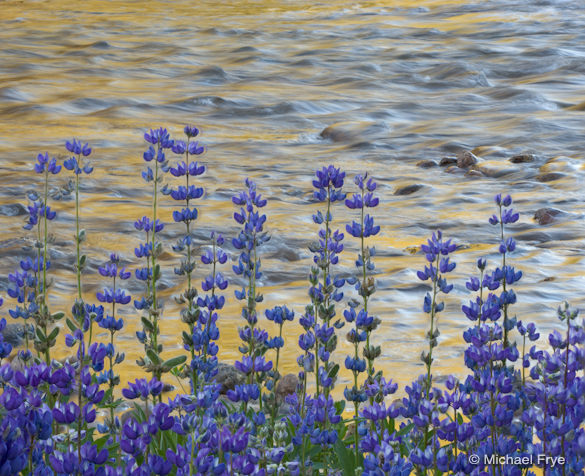 Lupine and reflections along the Tuolumne River

On Tuesday Claudia and I headed up to Tioga Pass. We planned to photograph flowers below Mt. Dana, but when we arrived at the pass the wind was gusting—not good for flower photography. After some indecision we drove toward White Wolf, but then Claudia remembered seeing some nice patches of lupine along the Tuolumne River near Lembert Dome two weeks ago, so we decided to stop and see if they were still blooming.

They were—in fact they were in great shape, and the wind was relatively calm. We found a spot with a thick patch of lupine in the foreground and Lembert Dome in the distance, and stayed until sunset taking photos. 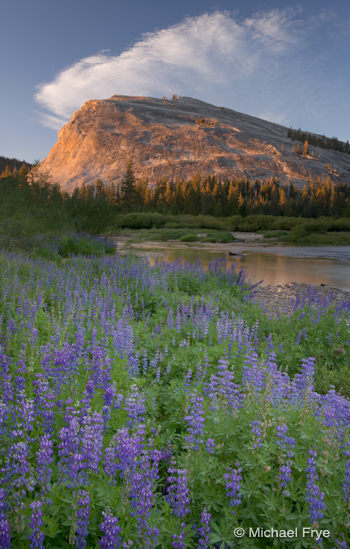 Lembert Dome with lupine and the Tuolumne River

I started with the big scene—flower-filled foreground with mountain in the background—then switched to some medium closeups, like the photograph at the top. As the sun neared the horizon I returned to the wider view that you see at right.

When people think of landscape photography they usually visualize big stuff: shorelines, distant horizons, mountain peaks, etc. I love big landscapes, but I’m also partial to more intimate scenes. Most women say that size doesn’t matter, and I agree—at least when it comes to landscapes. What does matter to me is the expressive potential of the subject. When the light and weather combine in just the right way, it’s easy to capture a mood when photographing a big scene. But small subjects can convey feeling too.

In fact to me, between these two lupine photos, the one at the top has a stronger mood. It’s hard to describe the feeling exactly—some things are better expressed in a photograph than through words—but it has something.

Below you’ll find another example of a more intimate scene that I think has a mood. This one is easier to describe: quiet, peaceful, cold. 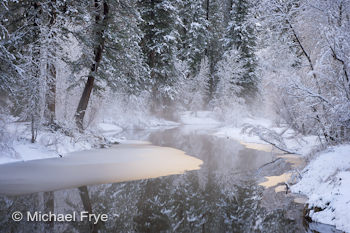 Of course I’ve been lucky enough to capture some of those big, sweeping landscapes when the light and clouds cooperated, and the best of those have, perhaps, an even stronger mood. There’s an example at the end of this post.

I own two lenses: a 17-40 mm zoom, and a 70-200 mm zoom (with a full-frame sensor). I make at least 90 percent of my photographs with the 70-200; I like to pick out interesting details and abstract patterns. But if I look at my best photographs, the ones that capture a strong mood and that end up in online portfolios or gallery exhibits, about 50 percent of them were made with the 17-40. I don’t use wide-angle lenses often, but when I do it’s because the weather and light are exceptional, and a high percentage of those images end up being among my best.

Of course that means the other half were all made with the 70-200, and many of them have a strong mood also. Details can convey a lot of emotion.

Of the two lupine photos near the top, which do you like better? In general, do you prefer photographs of big, sweeping landscapes or more intimate scenes? What about your own photographs—do you tend to use wide-angle lenses to capture grand landscapes, or zoom in on smaller subjects? Let me know in the comments! 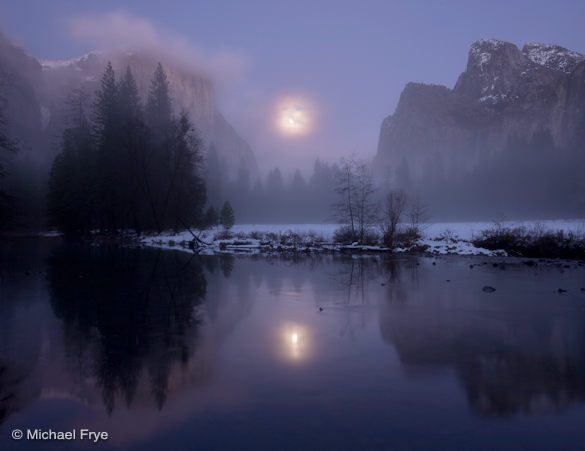