Autumn on the East Side 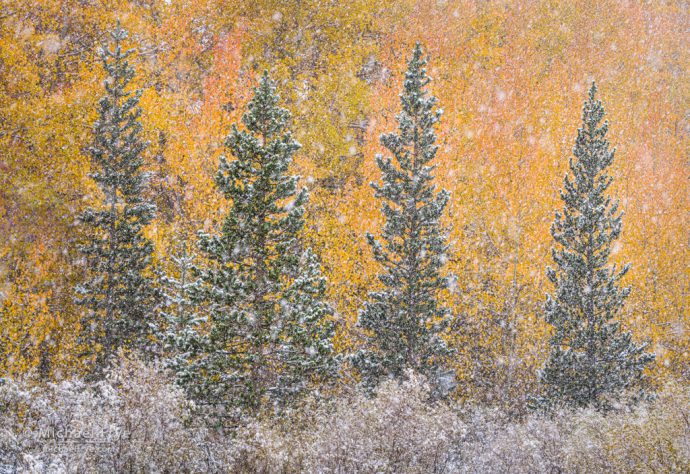 In early October Claudia and I traveled to Utah and Colorado, and on our way we made a brief stop in the eastern Sierra.

Forecasts predicted a cold storm with low snow levels (for early October). That meant we might get to photograph aspens in snow, with autumn color, if we made it over to the eastern Sierra before the storm. So we packed hurriedly, hoping to make it over Tioga Pass before the road closed – which we did, with about 30 minutes to spare.

I had photographed autumn aspens in snow before on a few occasions, but it’s a hard thing to catch. Aspens drop their leaves for a reason – to shed them before snow starts falling, lest they lose some limbs. So this was a rare treat.

We photographed all day, and the next morning, though by then the snow had melted off the trees. But it was a fun start to the trip. And then we got to photograph aspens with snow in Colorado as well. I’m sure I’ll post some of those photos later. 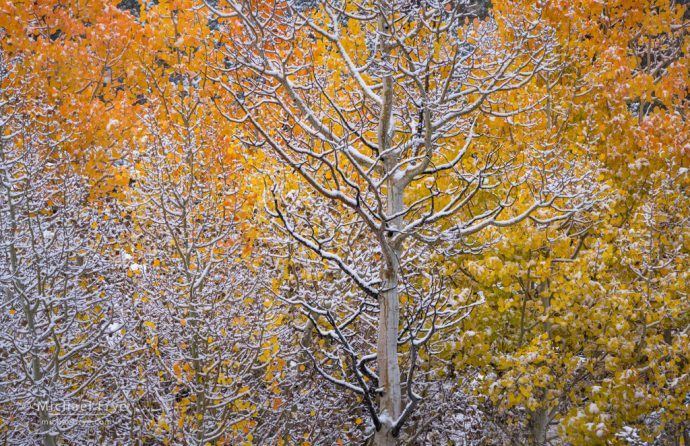 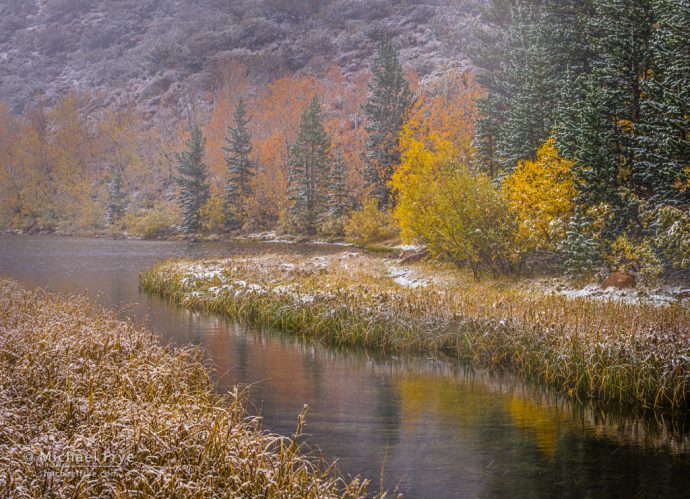 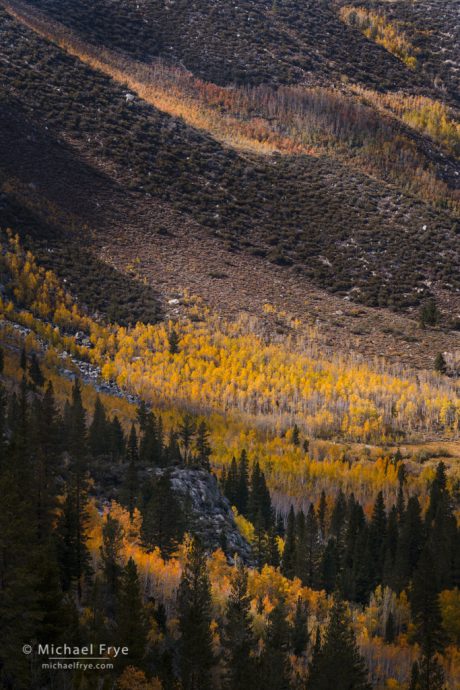 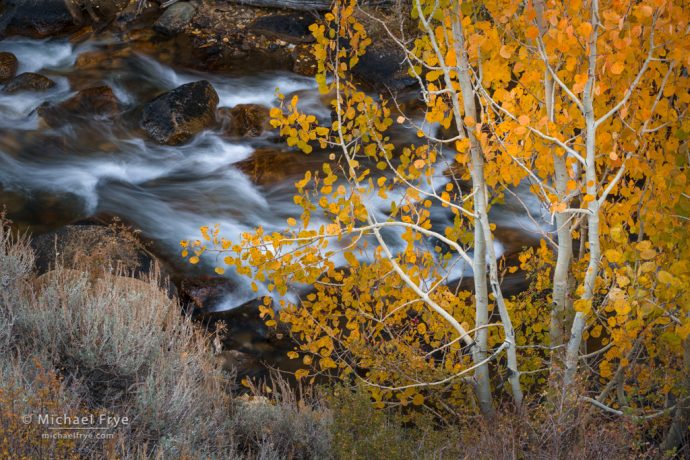 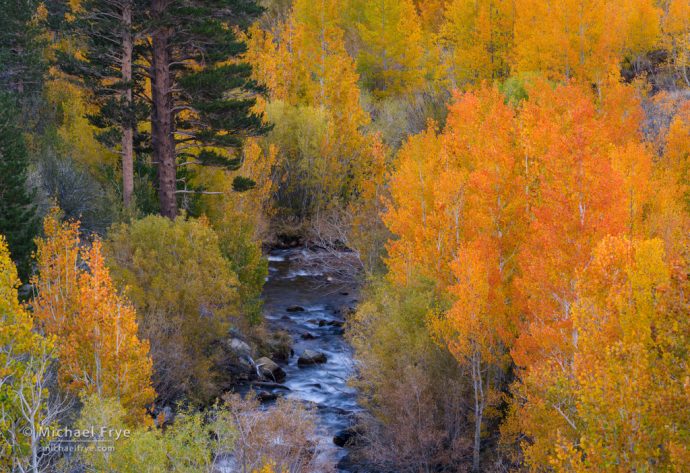