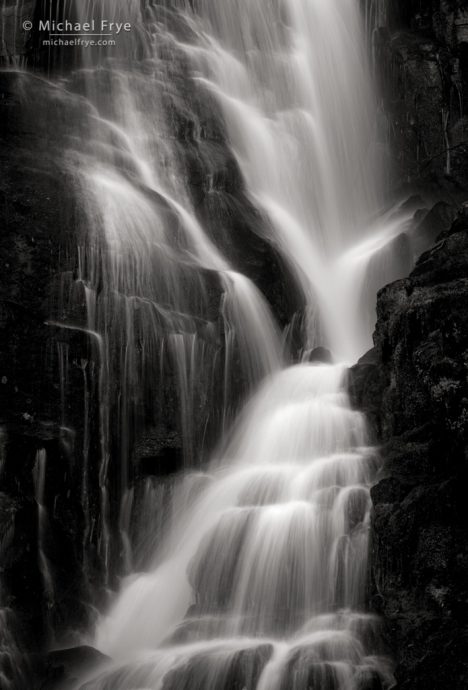 I’ve always loved good photographic prints. Some of my formative years as a photographer were spent working at The Ansel Adams Gallery in Yosemite, where I got to see, and even hold, beautiful prints from people like Ansel Adams, John Sexton, Charles Cramer, Alan Ross, Bruce Barnbaum, and Christopher Burkett, among many others.

In the early stages of my photography journey I felt limited by what I could do with prints made from my color transparencies (slide film). I saw amazing color prints from people like Chris Burkett and Charlie Cramer, but their processes were extremely time-consuming and difficult to master.

So when digital printing became a viable, accessible option in the late ’90s, I jumped all over it. I started working with Rich Seiling to make digital prints. (Rich later formed West Coast Imaging, the famed digital-printing house.) Rich then introduced me to Bill Atkinson, who was (and probably still is) one of the most knowledgeable people in the world about digital imaging. Bill gave me my first lessons in Photoshop, and taught me how to scan some of my transparencies on his $60,000 drum scanner.

That was a great start, and I’ve continued to learn and grow in my processing and printmaking skills over the ensuing decades. Although most people view my work on screens these days, I still love making prints. To me, making, holding, and viewing a real, tangible, physical, photographic print is a richer experience than viewing a photograph on a screen. A print is also the ultimate test. A large print can expose all of an image’s flaws. But a good print can feel luminous, vibrant, and precious in a way that a screen can’t duplicate.

Given that background, I was excited to see Elements magazine devote their entire December issue to printmaking. Better yet, they’ve included interviews with, and images from, some of the photographers whose prints I admired back when I worked at The Ansel Adams Gallery, like Charlie Cramer, John Sexton, Chris Burkett, Bruce Barnbaum, and Michael Kenna. And there’s also an interview with – and beautiful black-and-white photographs from – Evan Russel, a long-time friend, and the curator at The Ansel Adams Gallery. It’s an honor to have a few of my photographs and thoughts about printmaking included alongside all of those luminaries.

You can subscribe to Elements here. I hope you’ll enjoy this issue as much as I have!