Autumn into Winter: Part One 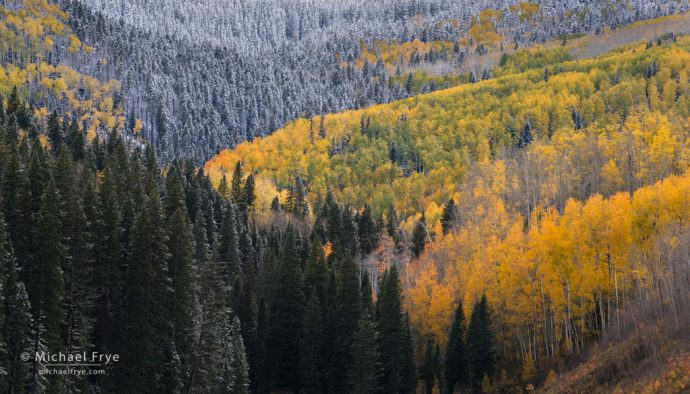 We were in Colorado for two-and-a-half weeks, and during that time we watched the upper-elevation aspens lose most of their leaves. The lower-elevation aspens followed, going from green, to yellow and orange, and then, in some cases, bare. Rain and snow set in, and we saw the snow level drop from 11,000 feet down to 10,000 feet, then 9,000 feet, and even briefly down to 8,000 feet. It felt like winter was approaching rapidly.

I love that transition, when autumn gives way to winter. The aspens reveal their bones – their beautiful white trunks and branches – while a few leaves still hang on, adding splashes of yellow and orange to the forest. There’s a feeling in the air that the seasons are changing, and the mountains are settling in for a long season of cold and snow.

Trying to capture that feeling in photographs is challenging, to say the least, but here are some of my attempts. I’ll include more in my next post. 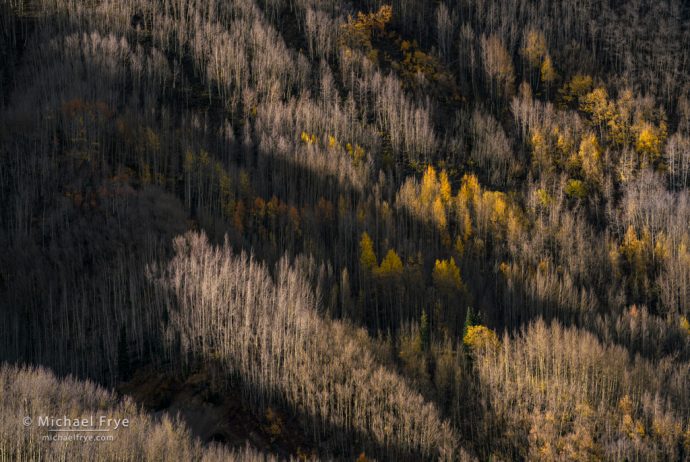 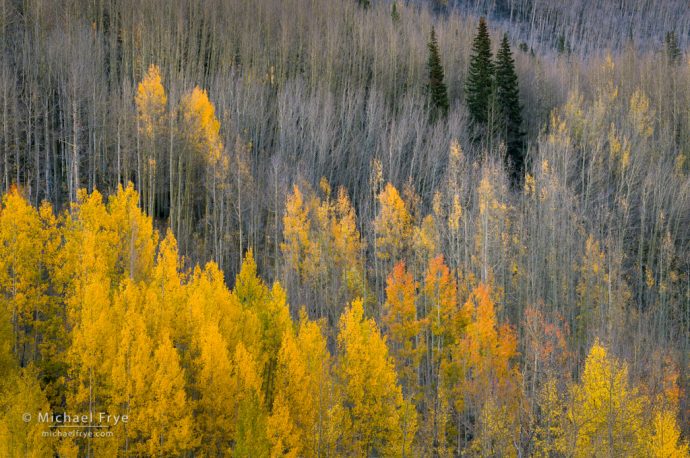 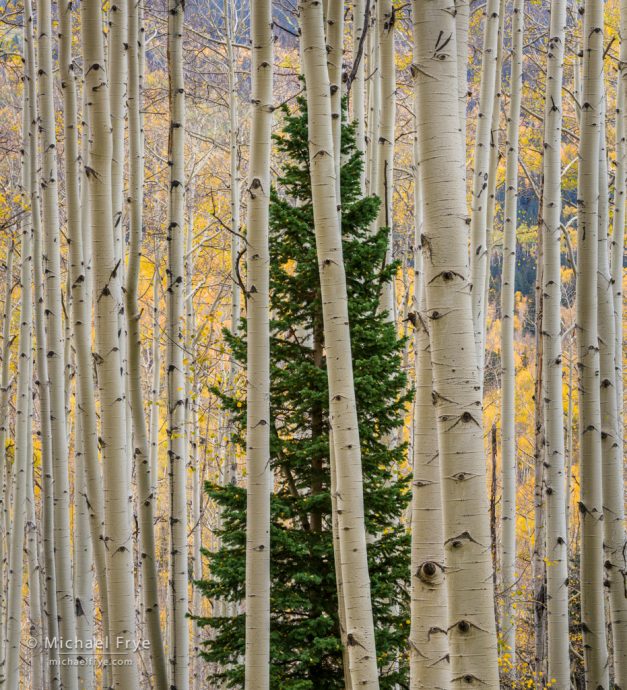 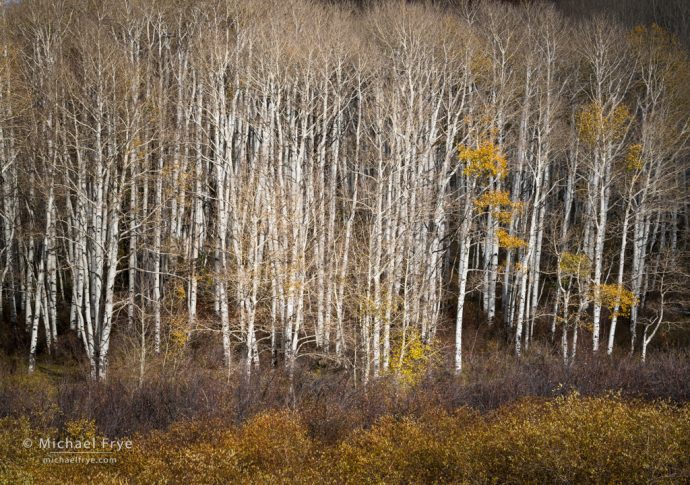 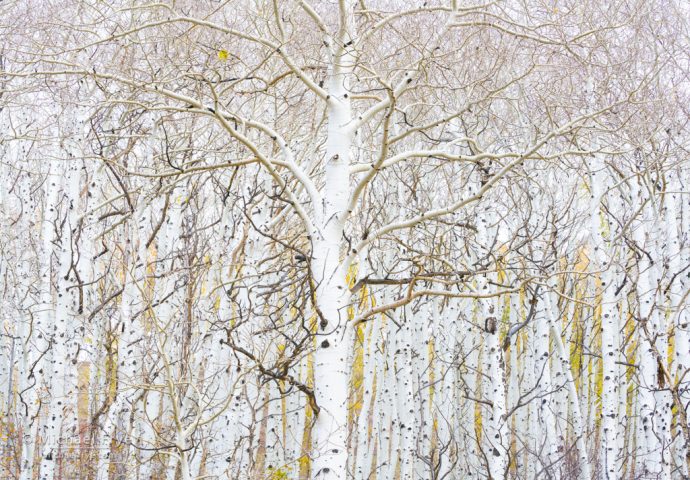 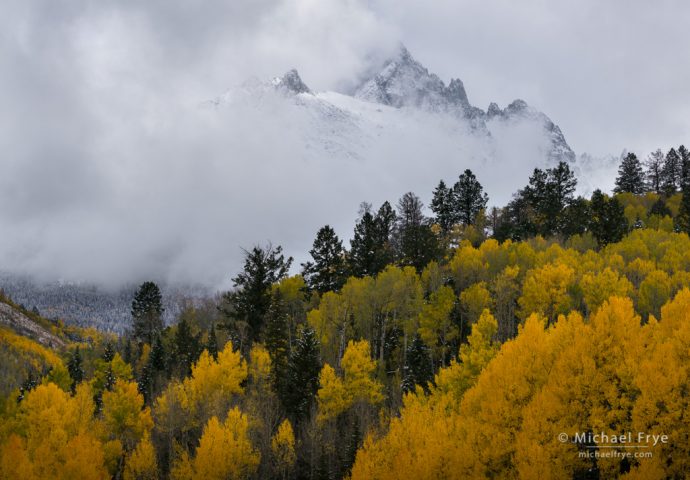 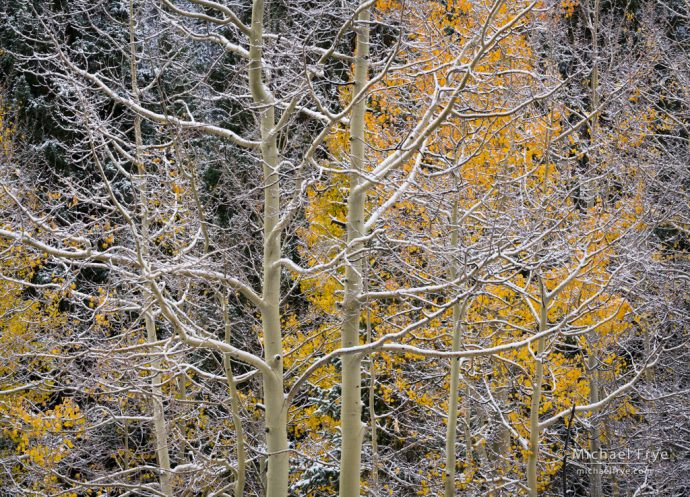