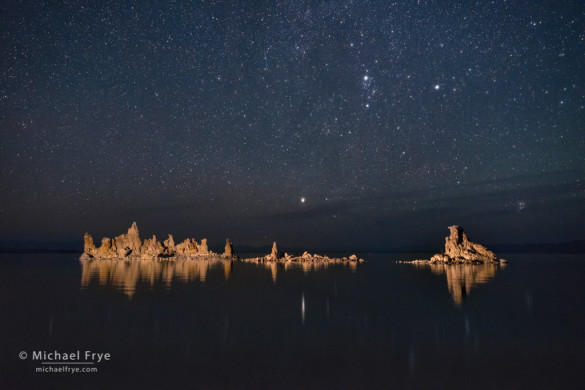 Tufa and stars (with Perseus and the Pleiades), Mono Lake. I lit the tufa formations with a flashlight during the 15-second exposure; it only took a brief pass with the light to provide sufficient illumination at 6400 ISO and f/2.8.

As I said in my last post, we had remarkably clear skies during our recent Starry Skies Adventure workshop, despite the proximity of the Walker Fire. But 24 hours before the workshop started the situation was uncertain and changing quickly. We didn’t know what would happen with the fire, and whether we’d see any stars through the smoke. Some workshop participants decided to take a rain check (smoke check?), which was completely understandable under the circumstances. But most people chose to come anyway and take their chances. In the end we had a great time. There were moments, while standing under the stars in the clear, cool, night air, when the fire seemed like a vague, distant memory.

Nothing is ever certain in landscape photography. We always have to adapt to the weather and conditions, and do the best we can with what we’re given. If you can stay flexible, things often work out, because there’s beauty everywhere, and unusual situations can create unusual opportunities. I really appreciated the intrepid sprit of our group, which helped to make the workshop feel like a fun, shared adventure.

On our first night at Olmsted Point we actually encountered a little smoke from more distant fires near Clear Lake, but that smoke settled out after dark, leaving only a little murkiness near the western horizon. On our second night we went to South Tufa at Mono Lake, and again had very clear skies. A breeze kicked up after sunset, and continued for a couple of hours, ruffling the water while we worked on star-trail sequences. But around 11 o’clock the wind died and the water smoothed out, giving us great conditions for photographing stars and the Milky Way over the lake.

We went to Bodie on our third night, which is always a treat. It had been warm at Mono Lake, but it was quite cold at Bodie that night, despite the hot temperatures during the preceding afternoon. But even though it was cold, I didn’t want to leave when our permit expired at 1:00 a.m., as there’s so much to photograph there. I’m glad I’ll get the chance to go back in early September. But in the meantime, here are a few images from Bodie, Olmsted Point, and that serene night at Mono Lake. 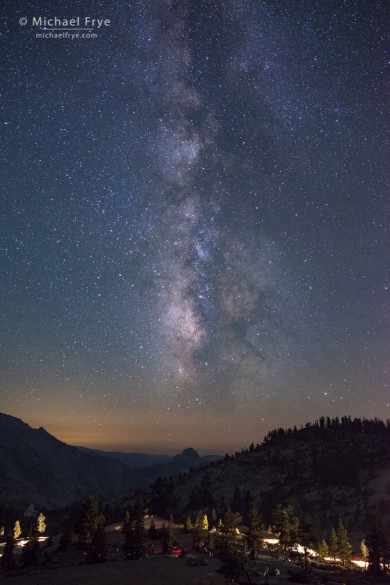 The Milky Way over Half Dome from Olmsted Point, Yosemite. I made versions of this without the car lights, but liked the curving line they created. 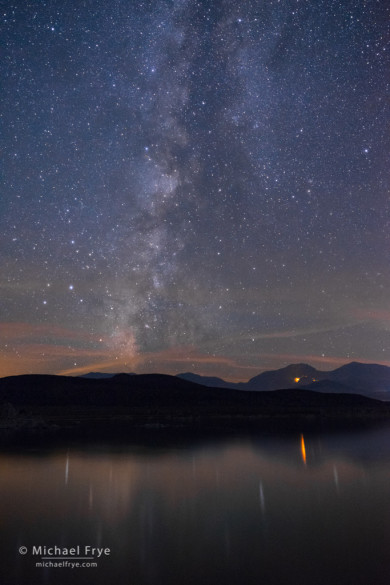 The Milky Way over Mono Lake with the glow from the Walker Fire. You can see how quiet the fire was by Tuesday night, but it still added a nice orange glow to the scene. 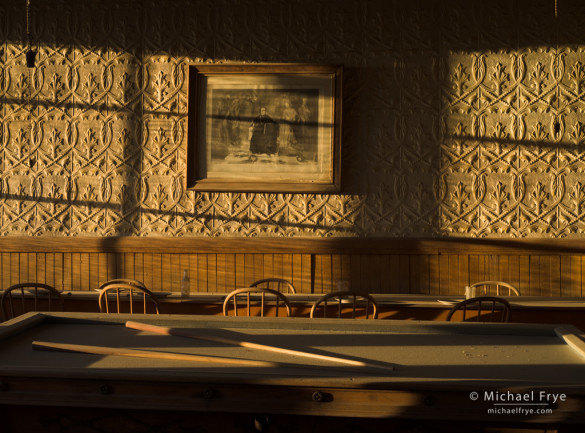 Interior of the Wheaton & Hollis Hotel, Bodie State Historic Park. I photographed this scene through a window as late-afternoon light came streaming in. The textured wallpaper is remarkably well-preserved. 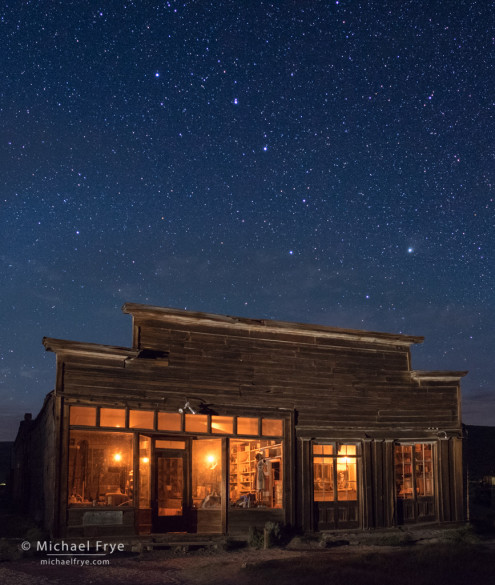 Boone Store at night, Bodie State Historic Park. The incandescent lights in the windows have been burning continuously since the 1920s. 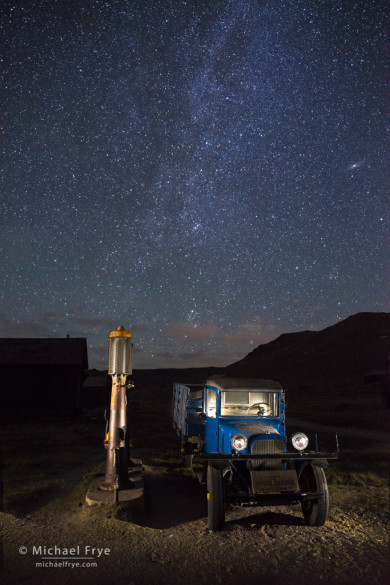 1927 Dodge Graham at night, Bodie State Historic Park. The lighting here was complex, and required blending seven separate exposures: one for the sky, two for the truck interior, and four for the truck exterior. One of the participants, Ed, helped with the lighting. 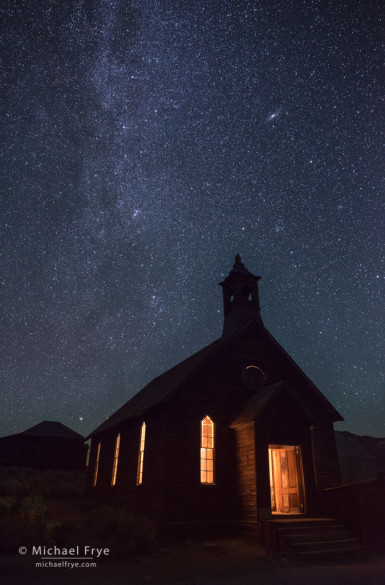 Methodist Church at night, Bodie State Historic Park. One of the participants (Ed again) lit the interior of the church by shining a flashlight through one of the windows on the opposite side while another member of the group tripped his shutter. Teamwork can often help in situations like this; Claudia went with Ed while I stayed with the rest of the group, and since Claudia and I both had radios we were able to relay information to Ed about how to refine the lighting.