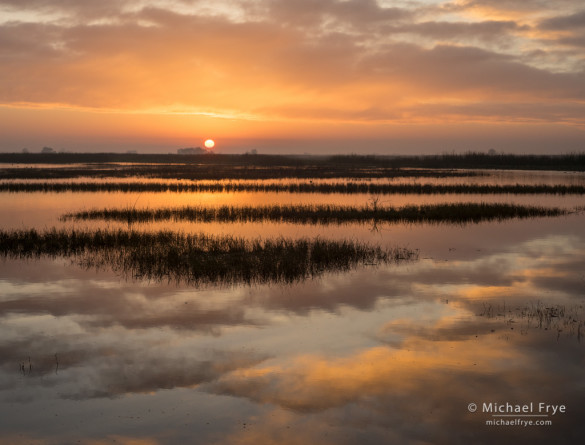 I’m grateful to live near Yosemite Valley, one of the world’s most spectacular landscapes. But in photography, light is more important than subject. My most popular image of 2014 featured an orchard in the Sacramento Valley – with exceptional light. I’d rather photograph an “ordinary” scene in great light than an extraordinary scene in dull light.

Last month Claudia and made an early-morning drive to one of the wildlife refuges in the flat-as-a-table-top expanse of the San Joaquin Valley. I was hoping for fog, which is common on winter mornings in the Central Valley. Instead, I found the beautiful clouds and reflections shown in the photograph above. In this case, the flat landscape helped, making it possible to catch the orange ball of the sun just as it crested the horizon. The light, clouds, colors, and reflections helped to convey a nice early-day mood.

A few days ago I got up early and drove to a spot in the lower Sierra foothills, on the edge of the Central Valley. This area won’t ever become a national park, but the rolling, grass-covered hills and scattered oaks have their own beauty. I knew the moon would be setting around sunrise, and hoped some Central-Valley fog might creep up into the hills, so I could photograph the moon setting over the fog bank. But no such luck. The fog didn’t make it up that far, and some clouds to the west blocked the moon.

There was, however, a touch of ephemeral mist in the atmosphere, helping to create a sense of depth and distance in views of the layered hills. And a bank of clouds to the east turned orange and red as the sun came up, adding color. I looked for compositions that included interesting trees, or some of the layered hills, as well as the color in the sky or the mist. While my original plan didn’t work, the light turned out to be just as interesting in a different way. (You’ll find three photographs from that morning below.)

In both places, I tried to find compositions that highlighted the characteristic features of the landscape. In the foothills, that meant showcasing the scattered oaks and rolling hills. In the marsh, I used the water, reflections, and patterns of reeds. Partly this was just working with the most interesting things I could find, but I also wanted to convey a sense of place – to give the viewer the feeling of standing in a specific, unique landscape at a wonderful moment.

Most people can’t live near Yosemite or the Grand Canyon. But everyone lives near someplace beautiful, someplace that can be highly photogenic under the right conditions. If you get to know that place well, you’ll know what conditions to look for, and where to go when the light gets interesting. Perhaps more importantly, you’ll gain an appreciation for the unique beauty of that area, and how you can convey that beauty in your photographs. 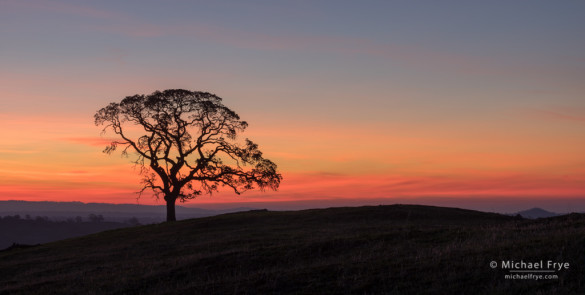 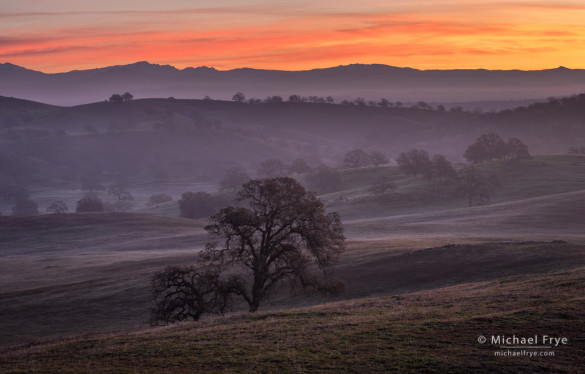 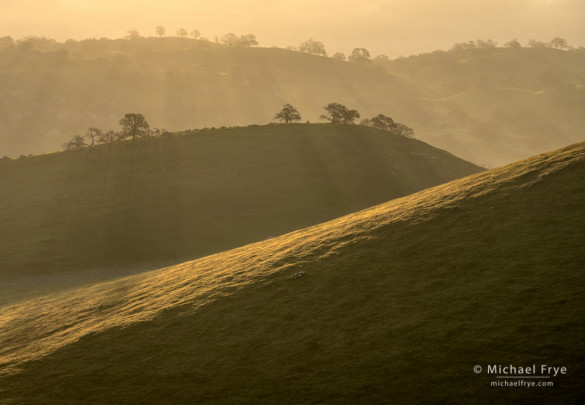 Related Posts: My Top Photographs of 2014; A Trip Through the Central Valley