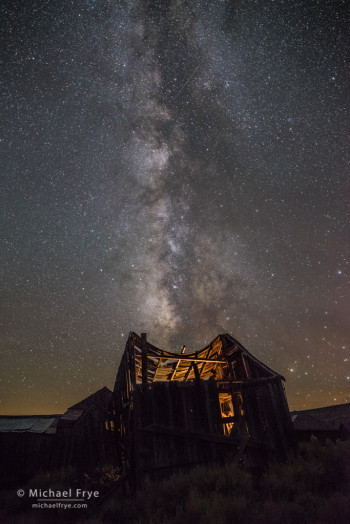 “Swayback” building at night with the Milky Way, Bodie. While helping some members of our group photograph this building I set up my own camera as well. I put tissue paper over a flashlight to act as a diffuser, then stuck my hand through a gap in one of the walls to light the interior of the building during the 20-second exposure for the stars.

As promised, here are some of my recent photographs from Bodie. Bodie, if you’re not familiar with it, is just north of Mono Lake, and is billed as the best-preserved ghost town in the United States. Bodie is now a state park, and a very interesting place to photograph, but it’s usually only open from 9:00 a.m. to 6:00 p.m., which means you can’t photograph it during the best light of the day, much less at night.

A few years ago I was able to photograph Bodie on a moonlit night with Lance Keimig and Scott Martin during one of their workshops. Then, earlier this summer, Claudia and I went to Bodie on one of occasional evenings when the park stays open until 10:00 p.m. This was a moonless night, but since it didn’t get completely dark until about 9:00 p.m. that left only an hour for true night photography. It was still fun, but much too short.

Luckily I would have another chance soon. We had managed to secure a hard-to-get permit to take a workshop group there at night, and added that evening to my Starry Skies Adventure workshop. We had so much fun there with the group. This time we were able to stay until 1:00 a.m., but it wasn’t long enough!

Here’s a selection of both daytime and nighttime images from those recent trips to Bodie. I tried many different ideas, but had to leave other ideas still percolating in the back of my mind, as I just didn’t have time to execute them all. I think there’s so much potential there for creative lighting of both interiors and exteriors, and working with reflections in the old windows. I certainly look forward to going back. If you haven’t been to Bodie, I highly recommend it, even during the middle of the day. And if you get a chance to go in the late afternoon or at night, take it! 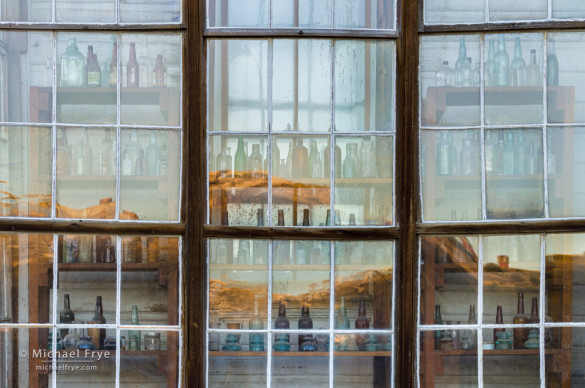 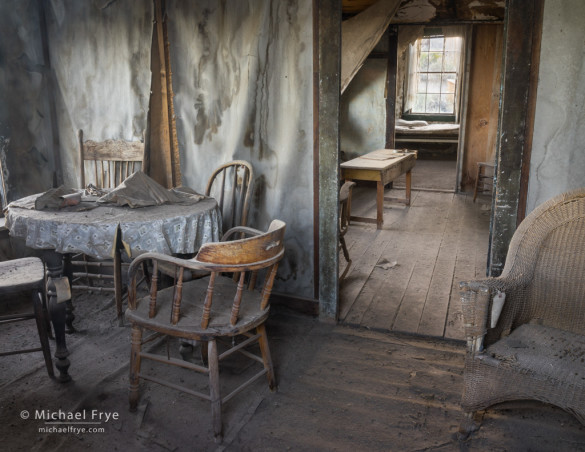 Bodie interior, late afternoon. This was photographed through a window, putting the lens against the glass and wrapping a jacket around the lens to eliminate reflections. The illumination is just beautiful, classic, daytime window light. 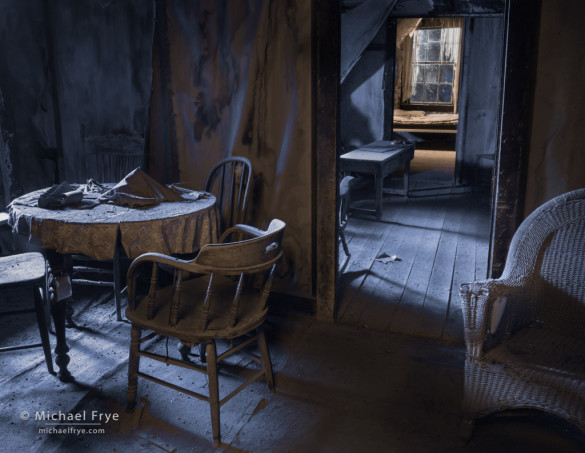 The same view as the previous photo, but this was made at night using flash as the only light source. I set up one flash on a stand in five different spots, using an umbrella as a diffuser, and lighting the interior through the windows. I added a bit of color to the light to suggest blue moonlight coming through the windows and warm lamplight in the interior. 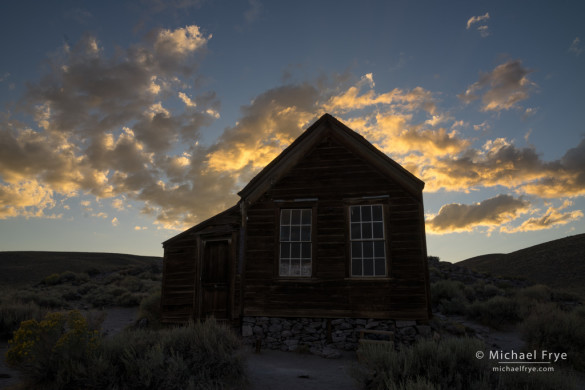 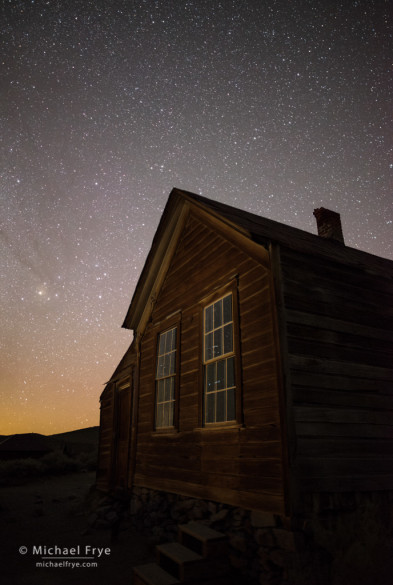 Metzger House at night, Bodie. I tried to capture the reflections of stars in the windows, and used a flashlight to add a bit of light to the front of the house. 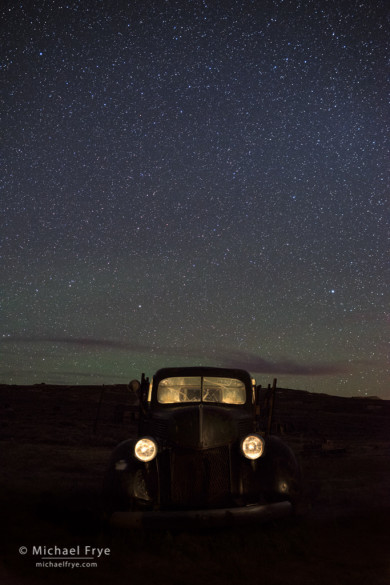