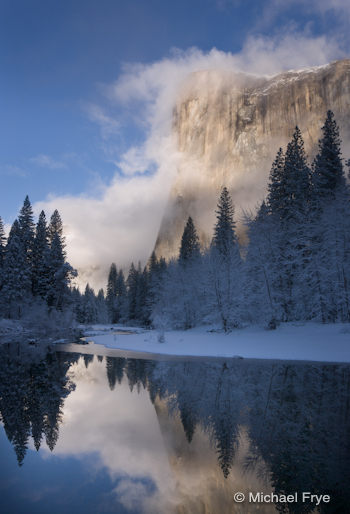 Earlier in the week forecasters weren’t expecting much precipitation out of the storm that’s arriving now in the Sierra, but the National Weather Service is now predicting up to a foot of snow in Yosemite Valley, and they’ve issued a winter storm warning for today and tonight. A foot of snow will make driving and walking in Yosemite Valley difficult, but it should be beautiful when it clears.

The two accompanying photographs are from the morning of February 15th. About four inches of snow fell the night before, and the storm cleared just before sunrise, creating perfect conditions. If you were to rank Yosemite sunrises on a scale of one to ten for their photographic potential, this one was a ten. Were any of you there that morning?

The current storm may revive Horsetail Fall, but the window of best light has passed. The light on Horsetail can still be beautiful in early March, but the color, at best, will be gold, not orange or red. I don’t expect this one storm will cause a sudden gushing either, but it should create some flow. 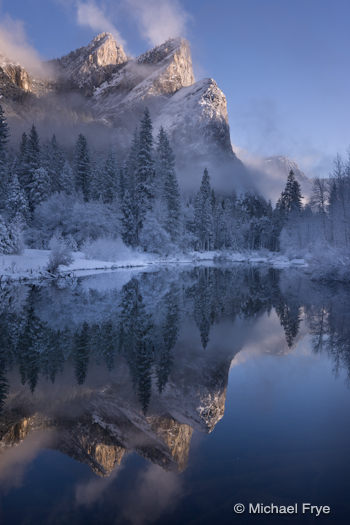