Why Am I Taking Forty Frames of the Same Thing? 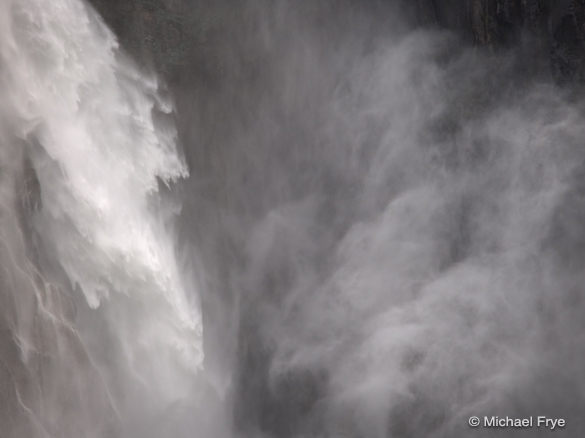 Living near Yosemite I often photograph moving water—big, thundering waterfalls, small cascades, and everything in between. If you watched me photographing some of these scenes, you’d see me pressing the shutter over and over again without moving the camera or changing any of the settings—just click, click, click, click, click…

Am I just wasting space on my Compact Flash card? No—there’s a method to this madness. Water moves. A waterfall or river changes from one second to the next. In fact it’s never exactly the same twice. So while my composition, shutter speed, and aperture may be the same, each photograph is different, and some are bound to be better than others.

In the photograph of Cascade Fall at the top I used the exact same composition, shutter speed, and aperture as the one below. But in version 1 the spray on the left and mist on the right are both more interesting. Nothing changed but the moment. I took 38 identical exposures to make sure I got one good one. 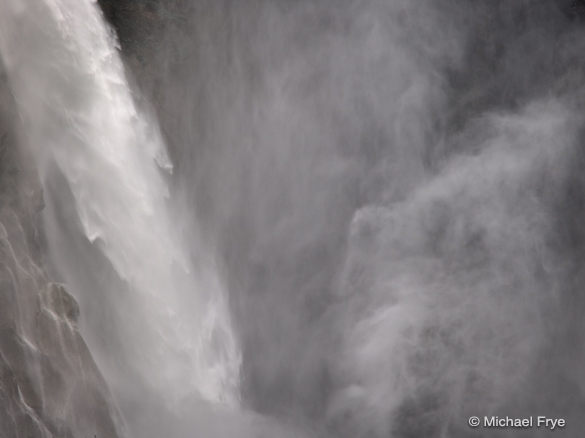 Below you’ll find two more examples, this time from Happy Isles. Again, the composition, shutter speed, and aperture were identical in both. But in version 1 the water covers the top of the rocks, hiding the reflections. Version 2 has golden reflections on those boulders, and the fan-like shapes of the water spilling off the rocks are also better. Here I took thirty-one identical frames to get one that really worked.

So when photographing moving water—or any moving subject—don’t be stingy. Take more frames than you think you need—then add twenty more. It’s not like you’re wasting film! 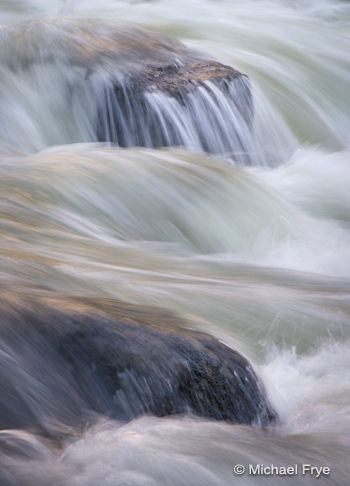 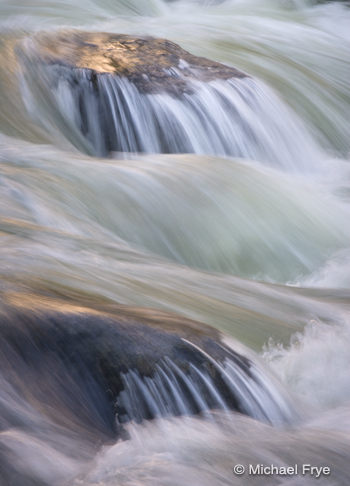