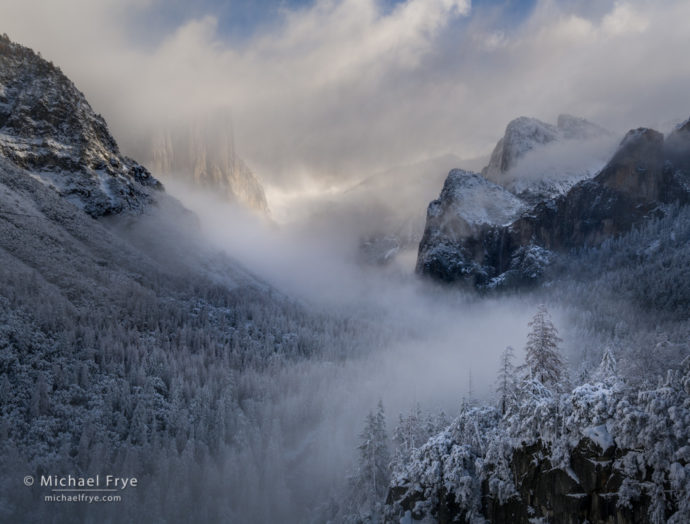 The first snow of the season fell in Yosemite Valley Saturday night, so of course Claudia and I had to go up and see the snow. Getting to the valley Sunday morning was a challenge; Highway 140 between the entrance station and the valley hadn’t been plowed, and it was a mess. Near the old dam (the junction of highways 140 and 120) there were about eight inches of snow on the ground, and a single track to follow through the snow. We had to wait about 15 minutes while an SUV put on chains in the middle of the road. But we made it through, and once we reached the valley the roads were plowed, and the driving easier.

We headed up to Tunnel View, where we found about a foot of new snow. Just as we arrived some blue sky appeared, so it looked like the storm was about to clear. It took awhile, but eventually the clouds parted and the sun broke through and hit El Capitan. I ended up staying near the Tunnel for a couple of hours photographing the ever-changing scene. Eventually I tore myself away, headed down to the valley, and visited a couple of spots along the Merced River.

The images I made that morning were all taken from well-known viewpoints. But in Yosemite it’s more about the moment than the location. When a storm is clearing the clouds, mist, and light are constantly shifting, and it’s fun to try to capture those moments, even from places I’ve photographed many times before. I always try to keep my ideas fluid, and adapt my composition to the conditions. In the photograph above, for example, I noticed the zigzag line of mist along the valley floor, with a diagonal band of clouds to complete the reverse-Z shape. At other times I focused on just El Cap and Half Dome (on the rare occasions when Half Dome was visible), or on Cathedral Rocks, as you can see in a couple of the photographs below. Tunnel View works particularly well during clearing storms because there are so many possible compositions. You can go wide and encompass the whole scene, or zoom in focus on a particular piece of the landscape.

It was so nice to see snow again, and feel it underfoot. Let’s hope we get a lot more this winter! 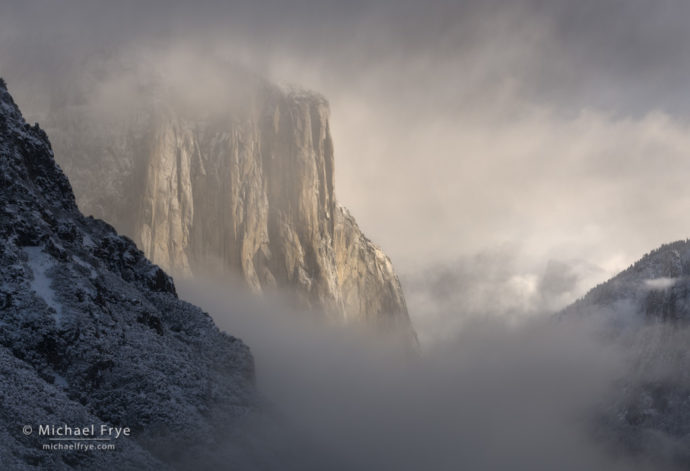 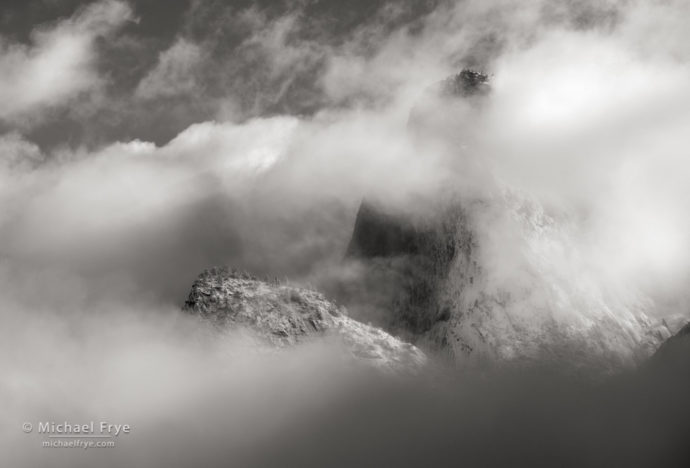 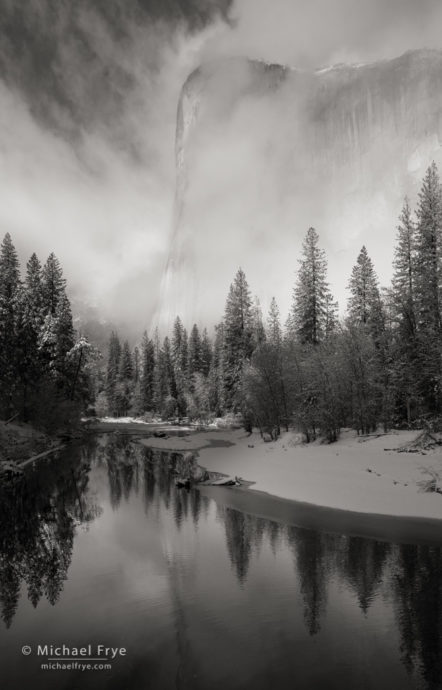 Related Posts: The Art of Being Flexible; Staying Flexible on a Snowy, Misty Morning